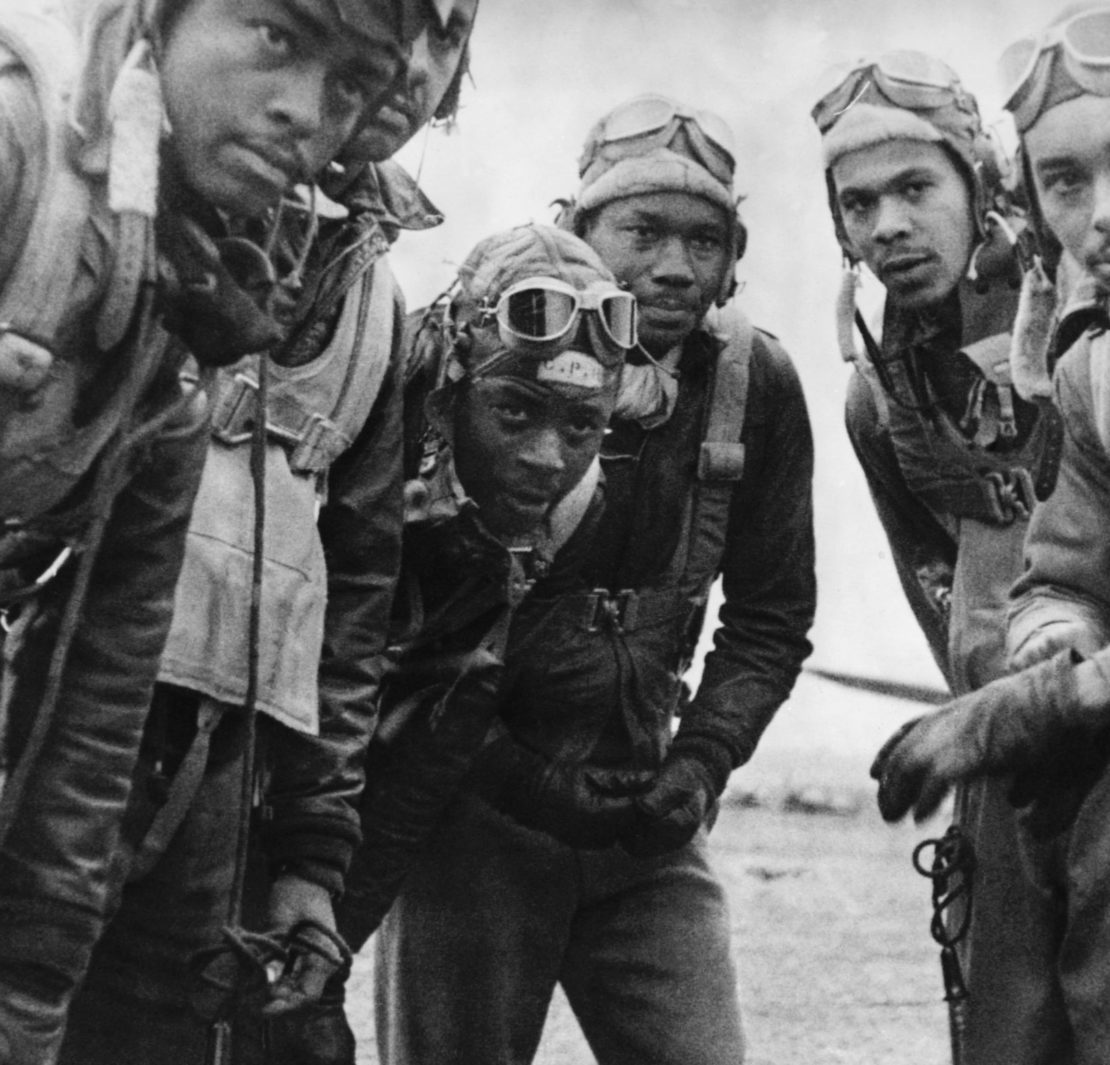 The first black pilots in U.S. history didn’t just excel in combat—they also broke racial barriers. This is their story.

On March 24, 1945, the 332nd Fighter Group of the U.S. Fifteenth Air Force departed from its base in Italy to escort B-17 heavy bombers on a 1,600-mile round trip flight to the German capital. It was the unit’s longest and most dangerous bomber escort mission of World War II. The target: Daimler-Benz’s tank assembly plant in Berlin, heavily guarded by fighter planes like the lightning-fast Messerschmitt 262s—the world’s first jet fighters, flown by some of the Luftwaffe’s best pilots.

Approximately two dozen Me 262 jets attacked the American bomber formation as it approached the target. The Tuskegee Airmen, flying their red-tailed P-51 Mustangs, fought back against the German jets. While the Me 262s were much faster than the propeller-driven planes, the Mustangs were more maneuverable. The Tuskegee Airmen shot down three enemy aircraft in the skies over Berlin that day, successfully hitting the tank factory and helping clear the path for the Allied Advance into Germany.

Flying bombers on these long-range raids into Nazi-controlled Europe was one of the most dangerous jobs in World War II. The Luftwaffe frequently targeted behemoth bomber planes like the B-17 Flying Fortress and B-24 Liberator; in many early raids into Nazi territory, more than half the crews never made it home. The only protection the vulnerable bombers had were the fighter escorts that guarded them over enemy territory.

After 73 years, the remains of a Tuskegee airman lost over Europe may have been found | Washington Post There are 27 Tuskegee Airmen missing from the war...

Floyd Carter Sr., one of the remaining Tuskegee Airmen and NYPD veteran, dies at 95 | New York Daily News The decorated veteran of three wars and 27 years with the NYPD died Thursday at age 95, leaving a long legacy as a groundbreaking hero pilot and a city police detective.