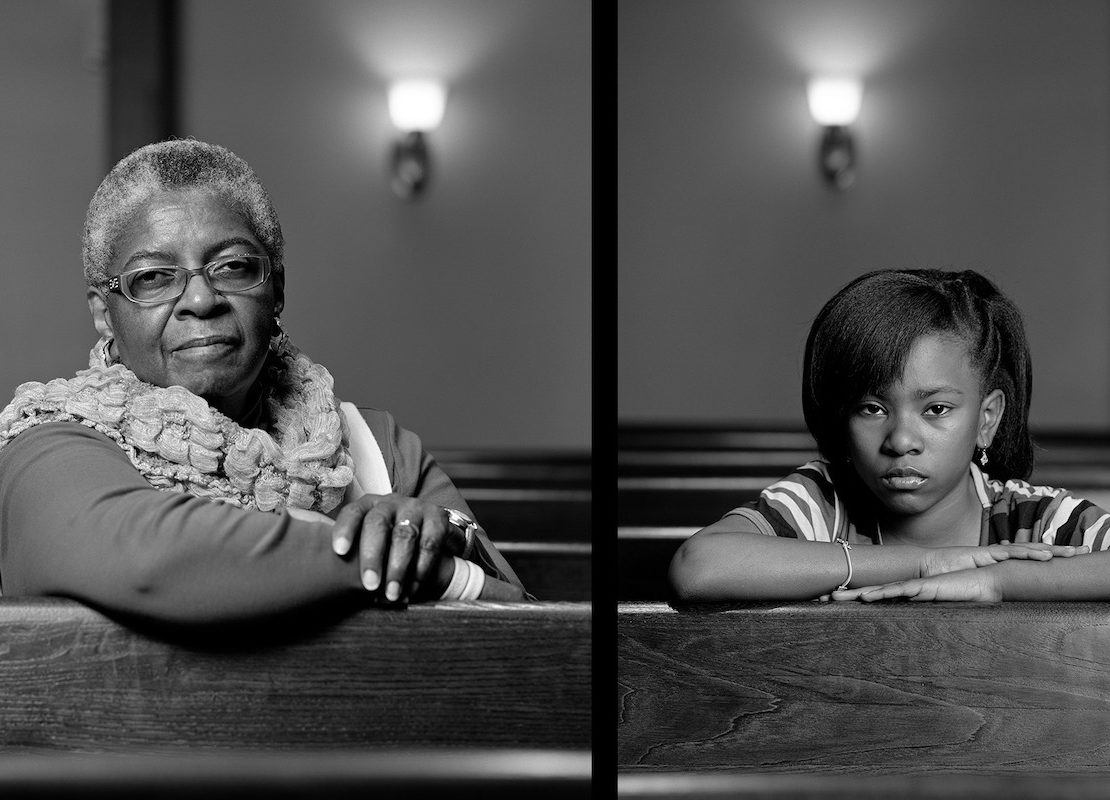 “It begins with the subject,” Dawoud Bey has said of his photography. “A deep interest in wanting to describe the Black subject in a way that’s as complex as the experiences of anyone else. It’s meant to kind of reshape the world one person at a time.”

It is an audacious mission, but Bey’s work—now the subject of a career retrospective at the San Francisco Museum of Modern Art—lives up to this ambition. The diptychs above are part of The Birmingham Project, which wasn’t so much a commemoration of the victims of the 16th Street Baptist Church bombing in 1963 as a kind of seance. Each pairing in the series features two Birminghamians photographed in 2013: One is a child the same age as the boys and girls who died in the bombing; the other is an adult as old as the victims would have been had they lived. With these portraits, Bey wanted to bring the bombing out of the attics of the mind, to confront viewers not just with the youth of the murdered children but with the hollow of the lives that went unlived. This was history brought to life.