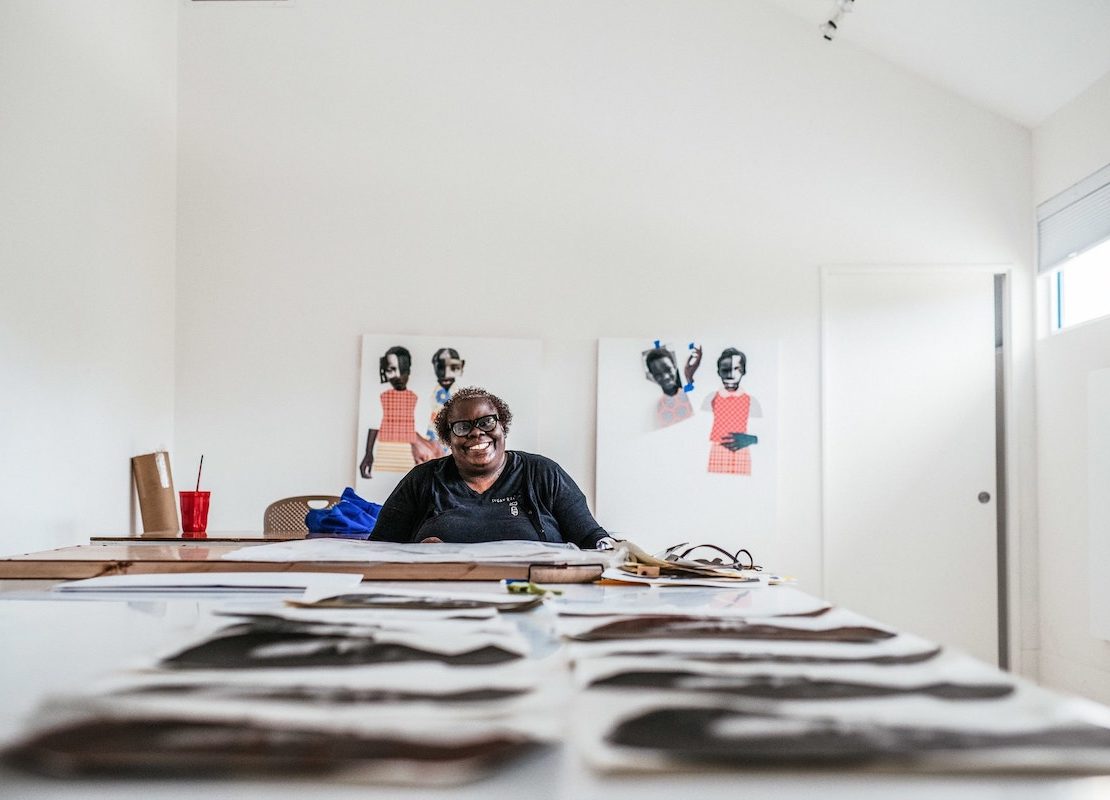 The coronavirus has pushed Deborah Roberts’s art exhibition at the Contemporary Austin at least to January. She is looking at the postponement as a gift.

Deborah Roberts could have given up long ago. With a mother who worked as a maid and a father who worked as an electrical lineman for the city of Austin, Tex., she grew up trading her drawings of cars, horses, dolls and airplanes for her classmates’ fat red pencils.

“It meant nothing to them, but it was everything to me,” she said. “I did not know what an artist was. I just knew that I wanted to do this.”

Her parents did not understand her passion. “My daddy hated art and said it was never going to be nothing,” Ms. Roberts said. “He would say, ‘What are you doing that for?’”

“I learned to get a thick skin when I was about 25,” she added. “Nothing anyone can tell you is ever going to make you stop doing it.”