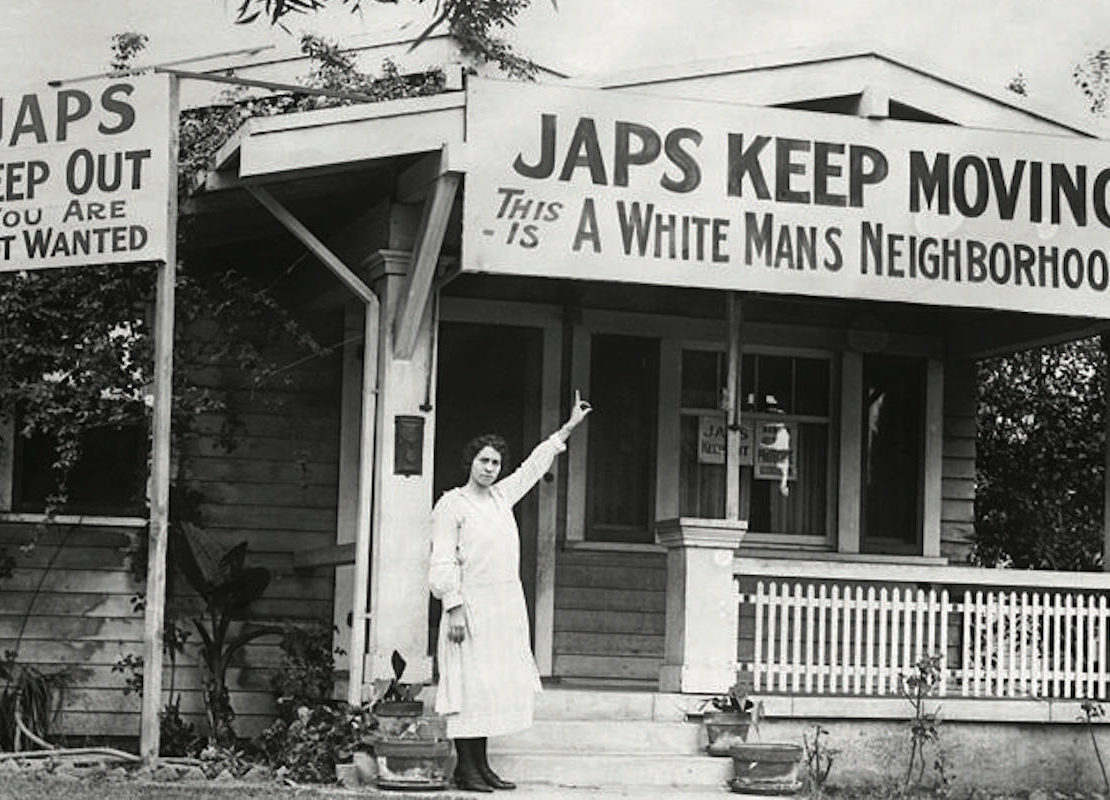 On May 3, 1913, California enacted the Alien Land Law, barring Asian immigrants from owning land. California tightened the law further in 1920 and 1923, barring the leasing of land and land ownership by American-born children of Asian immigrant parents or by corporations controlled by Asian immigrants. These laws were supported by the California press, as well as the Hollywood Association (the picture above is from a home in Hollywood), Japanese and Korean (later Asiatic) Exclusion League and the Anti-Jap Laundry League (both founded by labor unions). Combined, these groups claimed tens of thousands of members.