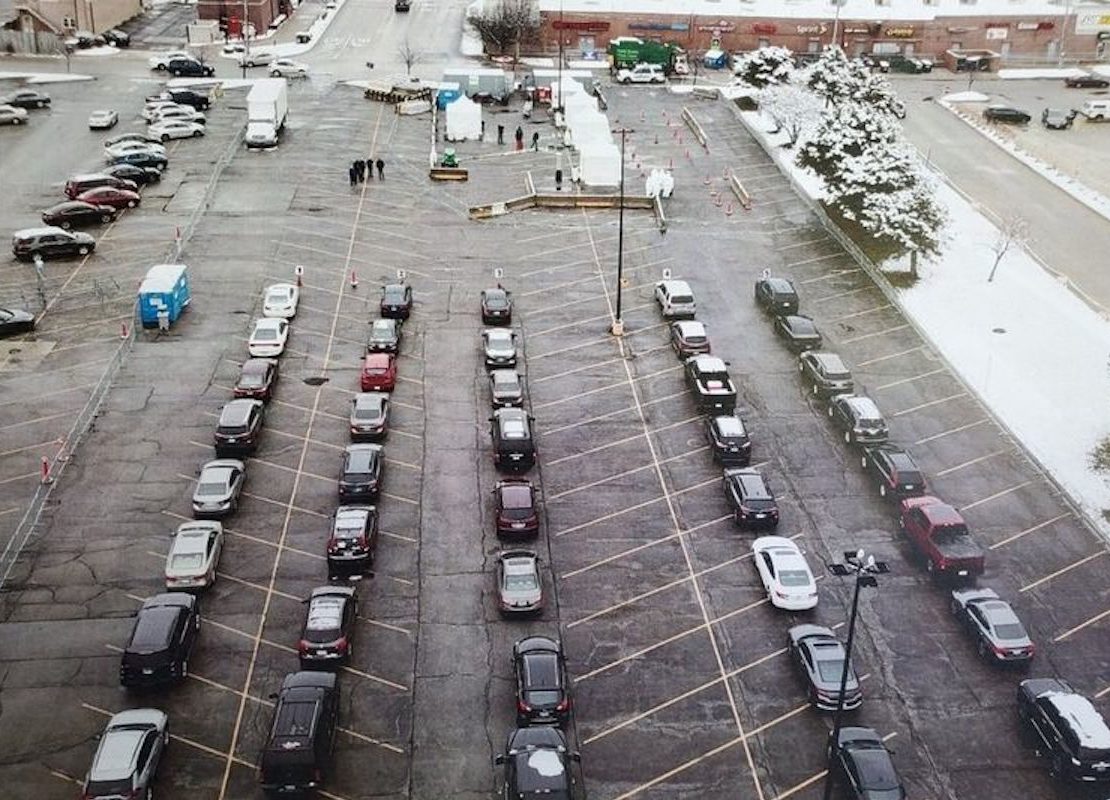 Since the White House announced this “historic public-private partnership,” 63 sites have opened nationwide. Just eight are in black neighborhoods.

Adarra Benjamin, a 26-year-old black social worker in Chicago, lacks the luxury of staying home during the Covid-19 pandemic. She assists several elderly patients. Her work demands travel by public transit. Her duties — picking up groceries, running to the post office, counseling clients — have, amid the news of death and disease, devolved into a series of anxiety-inducing tasks.

“I am afraid because my job consists of me not only going in and out of someone else’s home, but shopping for other people,” she said. “It just feels like panic.”

Adarra remains at risk as an essential worker. Chicago stands flush with coronavirus. Cook County, which includes Chicago, has the sixth-most cases of all counties in the country, according to a New York Times tracker, as of April 27. The virus continues to ravage the city’s predominantly black South Side, where Adarra lives with her mother. Recently, when Adarra’s cousin exhibited symptoms of Covid-19, particularly difficulty breathing, he struggled to obtain a test, going to the hospital twice before he received one testing positive.

By Aaron Ross Coleman  , Vox
Featured Image, An aerial view of the Walmart site in Northlake where first responders and health care workers lined up in vehicles March 23 to get drive-up coronavirus testing as part of a public-private partnership between the U.S. Department of Health and Human Services and Walmart.(Northlake Police Department)
Full article @ Vox