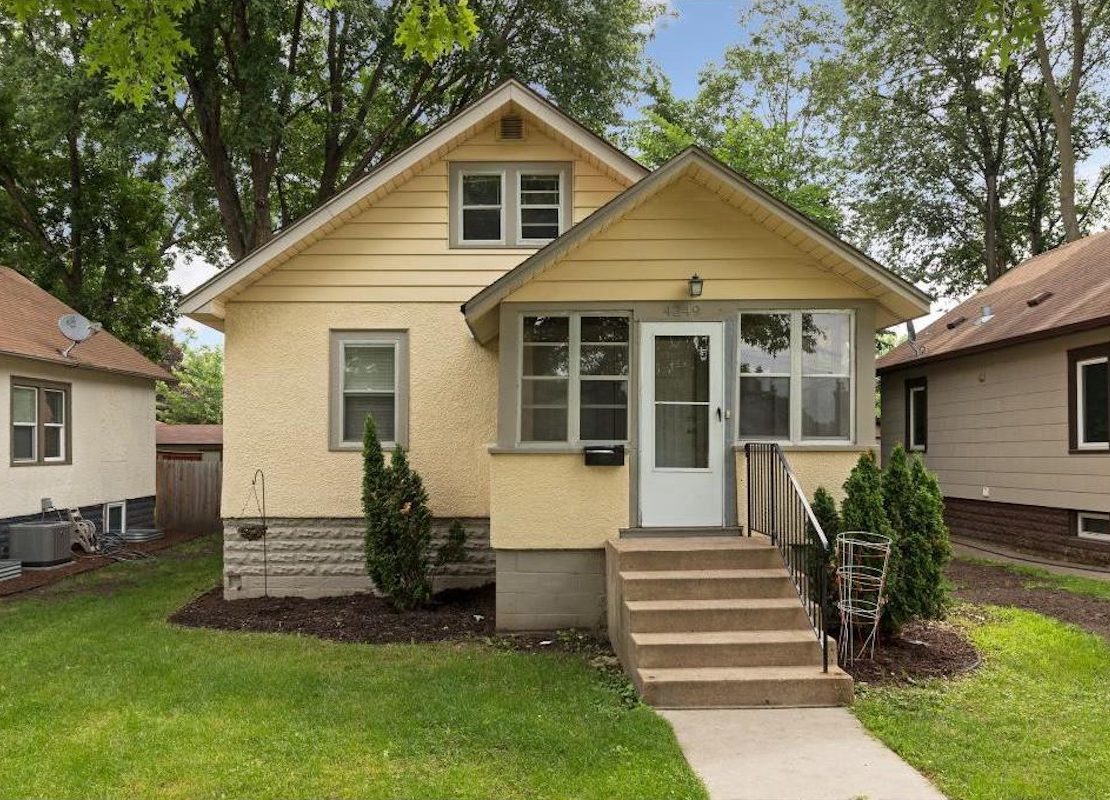 It was 1961 in south Minneapolis. Portland Ave and Park Ave were parallel streets separated by Oakland Ave in the middle. Portland and Park are one-way streets, going opposite directions and were the primary thoroughfares heading north and south respectively. This was prior to the construction of Interstate 35 which became the preferred route between downtown and the suburbs which was more commonly known as “the freeway”.

The home I lived in more than any other in my life was an example of municipal planning of the early 1920s when it was constructed. There were 13 houses on each side of the street, most with detached garages in the rear and an alley dividing the block providing access to the garages and allowing for garbage collection and snowplows. Each block was a rectangle with the smaller side being referred to as a “short block” and the greater distance as a “long block”. I lived at 4220 Oakland Ave on a relatively quiet street. It was the preferred venue for touch football games year-round although it required weaving around the infrequent cars parked on the street. Both car owners and players assumed some risk, I’ve witnessed a couple of dents in cars and one broken leg over the years. On my block, there 7 boys and 2 girls approximately the same age. We played together, argued with each other, there was rarely a fight because the penalty was severe.

Most of the families were two-parent households and several had stay at home mom’s although certainly not mine. I cannot ever remember her not working. She was a Licensed Practical Nurse working at a hospital initially. She later worked for the Food and Drug Administration as a technician for much of her career. Adding to her load were her three sons including myself who were active, to say the least. Fortunately, her parents lived a short distance away, two blocks down and two blocks over on 40th and 5th Avenue. Once we were old enough it was not unusual for my brothers and me to race over to Nana and Yaya’s house. Fortunately, none of us got hit crossing busy Portland Avenue as we took risks darting in front of moving cars. My mother never knew about that, the penalty would have been severe as well. I don’t mean to imply abuse at all but during those times a spanking was an option in a parent’s arsenal, and I got my share.

I wasn’t born into the home on Oakland Avenue. My recollections are a jumble of what I remember and things I’ve been told that now all seem like memories. My first years were on the Northside of Minneapolis and again the municipal planning was evident. Not so much regarding the pattern of housing but as to which ethnicity lived where.

North Minneapolis was where black people primarily lived including the Summer Field housing complex more commonly known as “the projects” which was the last place I lived before moving to the Southside. The Northside had avenues laid out in Alphabetical order ranging from Aldrich to Zenith before starting over again at A. In that first segment of alphabetized avenues you would find the black people who began thinning out magically once the streets started with A again. At that time prior to gentrification, you could hear the name of a street or avenue and accurately describe the populace.

While Minneapolis is known for its Scandinavian population you could find the Polish segments in the Northeast, Native-Americans on the south side near Franklin Avenue. Most black people were on the Northside although South Minneapolis did have enough to populate predominantly black, Central High School. There was no significant Asian or Hispanic population although that has now changed. Had I remained in North Minneapolis I would have attended North High School, which was almost all black, the reverse of what it was originally based on old photos. I didn’t know what redlining was when I grew up but looking back, I can identify its handiwork.

The first place I remember living was 1000 DuPont which was a duplex, we lived upstairs. I was the second son when my younger brother Scott came home from the hospital when I was 2 and a half, I allegedly slapped him. I have no recollection of that. My older brother Kevin was 2 years older than I was, when he was in Kindergarten my mother was working with him teaching him to read and it seems I learned how to read at the same time. I was already tall for my age and now could read and it was decided I would be allowed to start school early at 4 years old. I was tested by a school psychologist who indicated I could handle the classwork but presciently indicated I might exhibit immaturity versus my peers from time to time.

I started school at Grant Elementary school and another student in the class was my cousin Wendell, Jr. (Buddy) who I had grown up playing with and was my cohort in whatever one could get into while still 4. It took two weeks before the school decided to separate us into different classrooms as we seemed to be a “distraction to learning.” My mother and her brother Uncle Wendell came to the office to listen to the reports about our behavior. I certainly do remember that.

We moved at some point from DuPont Avenue to 909 Aldrich in the Sumner Field projects. They were built over a creek bed on the least desirable land in the city, the original inhabitants were blacks and Jews although by the time I lived there many, of the Jews, had already taken flight. In the middle of Sumner Field was the Phyllis Wheatley Community Center which provided daycare and numerous community activities. I was unaware of its historical importance.

Because of segregated hotels, it was the only place visiting black people could stay. Mr. A. Phillip Randolph often met there while organizing the Pullman porters which included my grandfather. Marian Anderson the opera singer stayed there a few weeks just prior to her being barred from singing at a venue in Washington, D.C. by the Daughters of the American Revolution. Then First Lady Eleanor Roosevelt resigned from the group and invited Ms. Anderson to perform at the Lincoln Memorial on Easter Sunday. Marian was the spark for demonstrations in Minneapolis also when she was denied accommodations at the plush Dyckman Hotel in downtown Minneapolis.