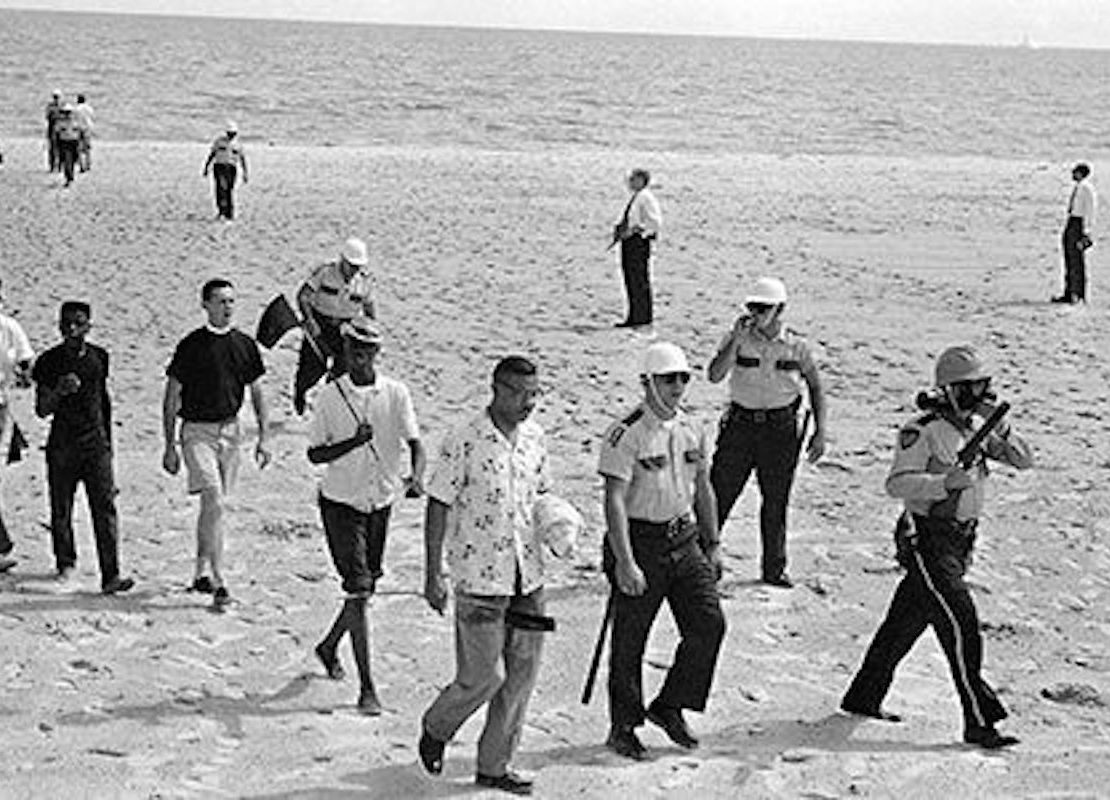 The Promissory Note and Notes on Jacob Lawrence’s “The Architect, 1959” | The Massachusetts Review

On April 26, 1960, black demonstrators engaged in a locally-organized nonviolent protest and walked onto Biloxi Beach on Mississippi’s Gulf Coast in order to hold a “wade-in” challenging the segregated beach area. The black activists were met by a group of angry white people who told them to leave the beach. When the black people refused to leave, the white mob attacked them with sticks, clubs, pipes, and whips while local law enforcement did nothing to intervene. When white airmen from a nearby Air Force base tried to protect injured protesters, they too were attacked.