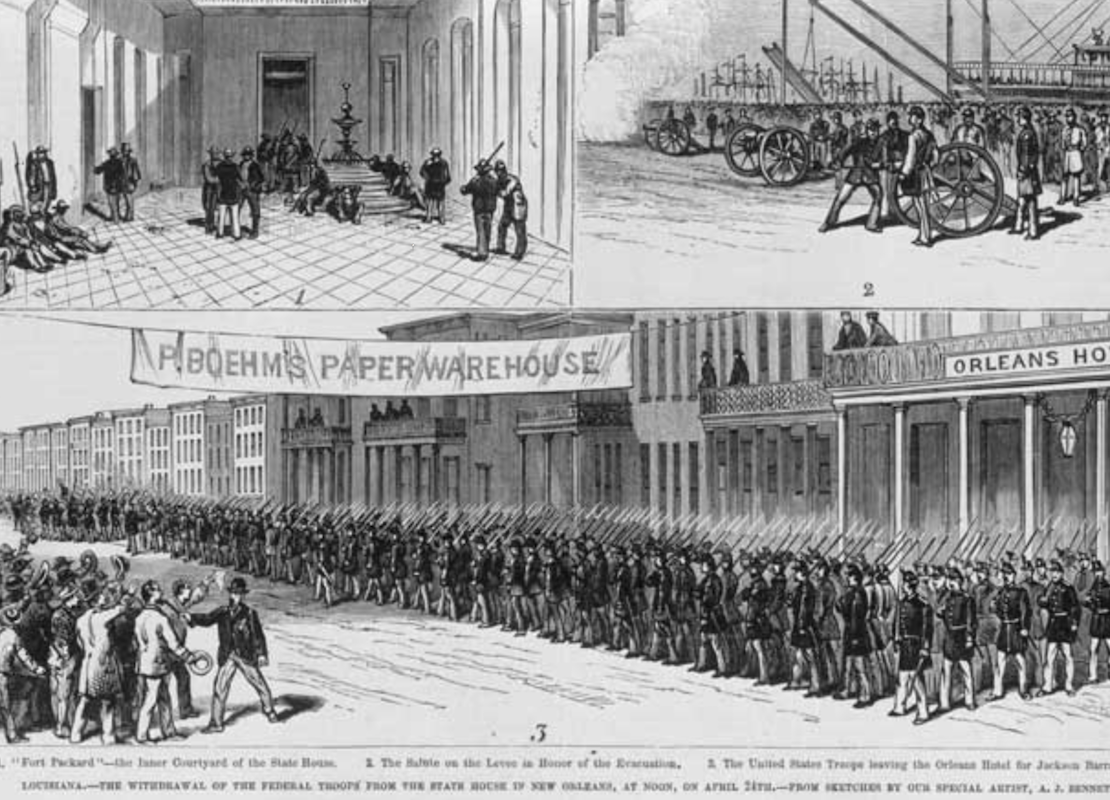 On April 24, 1877, as part of a political compromise that enabled his election, President Rutherford B. Hayes withdrew federal troops from Louisiana — the last federally-occupied former Confederate state — just 12 years after the end of the Civil War. The withdrawal marked the end of Reconstruction and paved the way for the unrestrained resurgence of white supremacist rule in the South, carrying with it the rapid deterioration of political rights for black people.