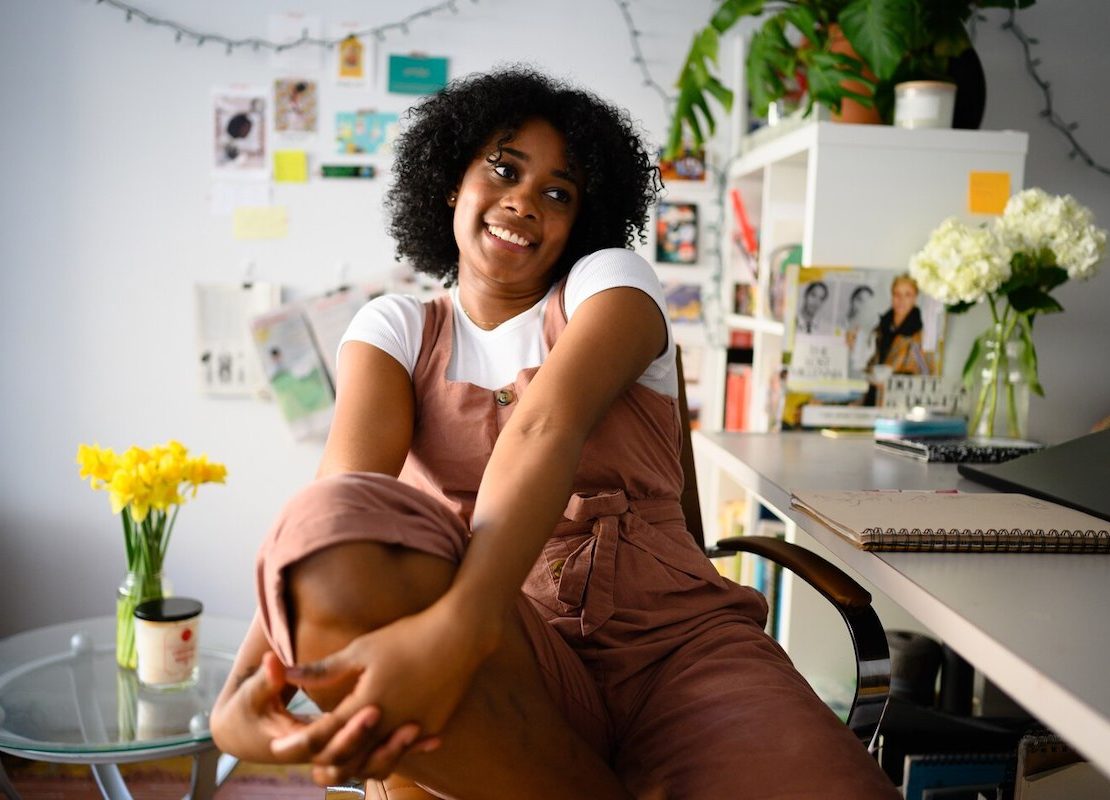 In the first cartoon Elizabeth Montague published in the New Yorker, two black women stand on a rooftop that overlooks a darkened cityscape.

Above them, a Batman-inspired spotlight beams a message into the night sky: PER MY LAST EMAIL.

Beneath them, the caption reads: “We’ve done all we can. It’s out of our hands now.”

On one level, the cartoon is universal. Anyone who has ever worked in an office understands the delicate, often frustrating etiquette of email exchanges. Cubicle courtesy requires softening: “Where are those documents I’ve asked for five times?” becomes “Just checking back to make sure you received my previous emails.”

The dialogue of those two women on the roof is relatable because so many of us have been them, standing in the dark, out of polite options and still waiting on those documents.