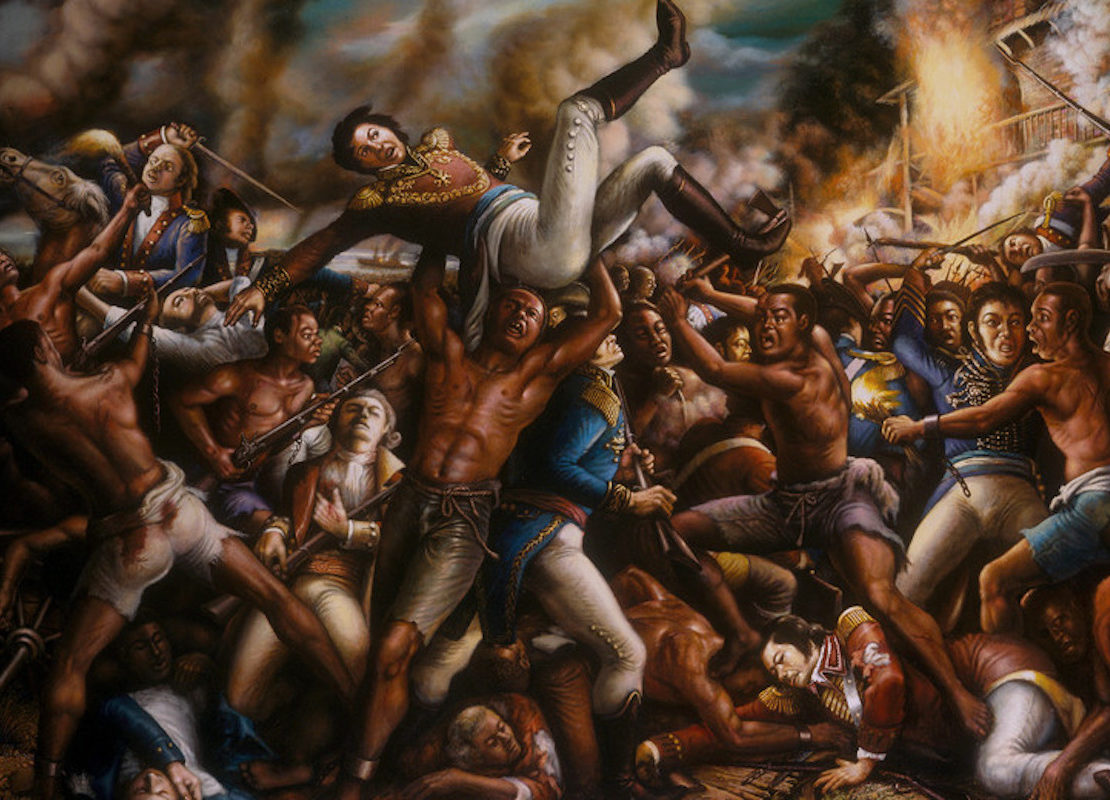 On April 7, 1712, a coalition of enslaved black people in New York City set fire to a building in the city center and launched a revolt. Armed with hatchets, knives, and guns, they attacked white people who came to fight the fire, killing nine and injuring seven.

During the early 18th century, New York City had a large enslaved population and the city’s white residents feared the threat of rebellion. Enslaved people in New York City suffered many of the same brutal punishments and methods of control faced by their counterparts toiling on Southern plantations. The labor demands of urban life, however, required enslaved people to move frequently throughout the city to complete tasks — giving them greater freedom of movement and more opportunity to communicate with other enslaved people. In 1712, some enslaved people used these opportunities to organize a rebellion against their harsh living conditions and dehumanization.

The New York Slave Revolt of 1712 was an uprising in New York City, in the British Province of New York, of 23 enslaved Africans. They killed nine whites and injured another six before they were stopped. More than three times that number of black people, 70, were arrested and jailed. Of these, 27 were put on trial, and 21 convicted and executed.

In the early 18th century, New York City had one of the largest slave populations of any of England’s colonies. Slavery in the city differed from some of the other colonies because there were no large plantations. Slaves worked as domestic servants, artisans, dock workers, and various skilled laborers. Enslaved Africans lived near each other, making communication easy. They also often worked among free black people, a situation that did not exist on most Southern plantations. Slaves in the city could communicate and plan a conspiracy more easily than among those on plantations.

Events that presumably led to the revolt include a decrease in freedom and status when the English took over the colony in 1664. Under Dutch rule, when the city was part of New Netherland, freed slaves had certain legal rights, such as the rights to own land and to marry. After the English took over New Amsterdam and made it the colony of New York, they enacted laws that restricted the lives of enslaved peoples. A slave market was built near present-day Wall Street to accommodate the increase in slaves being imported by the Royal African Company.

By the early 1700s, about 20 percent of the population were enslaved black people. The colonial government restricted this group through several measures: requiring slaves to carry a pass if traveling more than a mile (1.6 km) from home; discouraging marriage among them; prohibiting gatherings in groups of more than three persons; and requiring them to sit in separate galleries at church services.

A group of more than twenty black slaves gathered on the night of April 6, 1712, and set fire to a building on Maiden Lane near Broadway. While the white colonists tried to put out the fire, the enslaved blacks, armed with guns, hatchets, and swords, attacked the whites then ran off. Almost immediately all runaway slaves were reunited with their owners.

Aftermath – Colonial forces arrested seventy blacks and jailed them. Six are reported to have committed suicide. Twenty-seven were put on trial, 21 of whom were convicted and sentenced to death, including one woman with child. Twenty were burned to death and one was executed on a breaking wheel.

After the revolt, the city and colony passed more restrictive laws governing black and Indian slaves. Slaves were not permitted to gather in groups of more than three, they were not permitted to carry firearms, and gambling was outlawed. Crimes of property damage, rape, and conspiracy to kill qualified for the death penalty. Free blacks were still allowed to own land, however. Anthony Portuguese (alternately spelled Portugies), owned land that makes up a portion of present-day Washington Square Park; this continued to be owned by his daughter and grandchildren.

The colony required slave owners who wanted to free their slaves to pay a tax of £200 per person, then an amount much higher than the cost of a slave. In 1715 Governor Robert Hunter argued in London before the Lords of Trade that manumission and the chance for a slave to inherit part of a master’s wealth was important to maintain in New York. He said that this was a proper reward for a slave who had helped a master earn a lifetime’s fortune, and that it could keep the slave from descending into despair.