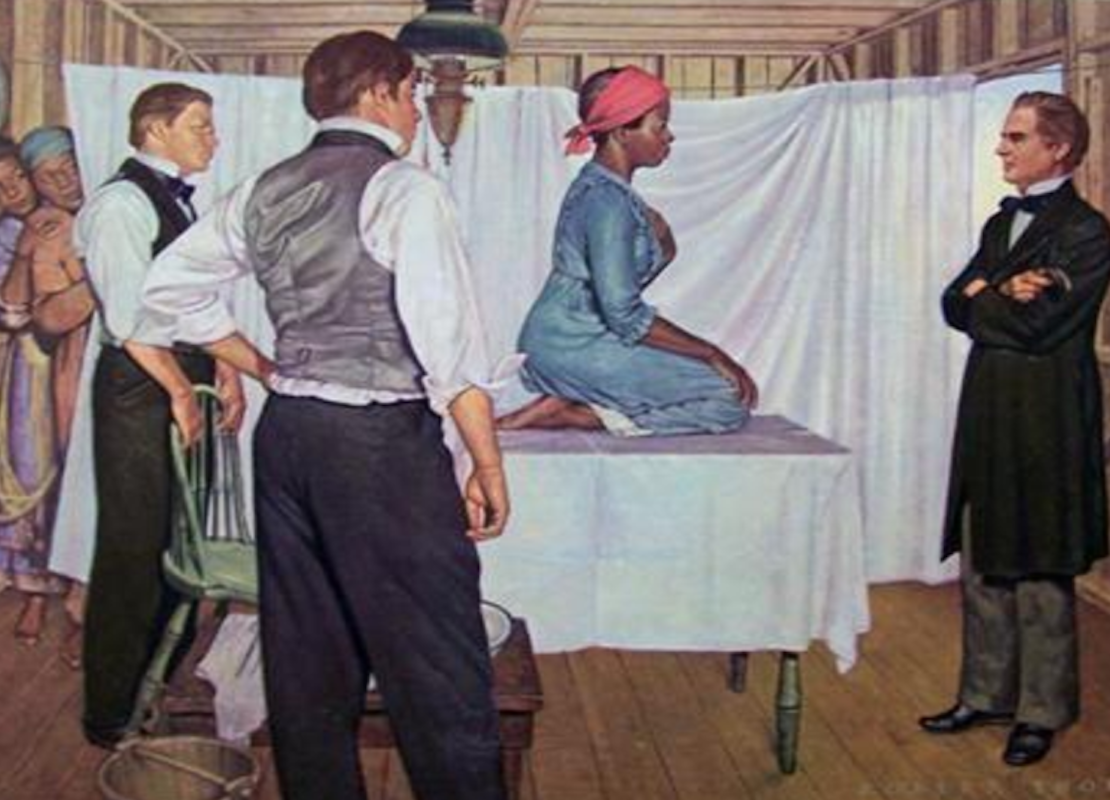 In Green-Wood Cemetery in Brooklyn, NY there stands a statue of Dr. J. Marion Sims. Sims was known as a pioneer in surgery and often referred to as, “the father of modern-day gynecology.” Less known is that he developed his expertise by experimenting on slaves; three in particular named Lucy, Anarcha, and Betsey. The statue had resided in Central Park in New York for decades, across from the New York Academy of Medicine until it was removed after complaints in 2018. A portrait of Sims and his colleagues named, Medical Giants of Alabama,” hung over a fireplace in the University of Alabama-Birmingham Center for Advanced Medical Studies until its removal in 2006.

Memorials to Sims still exist in Montgomery, Alabama and South Carolina. Sims performed multiple surgeries on the same patients, mostly without anesthesia, while seeking a surgical cure for vesicovaginal fistula and related maladies. He had the permission of the slave’s owners and himself said, “they were willing and had no better option.” Their “willingness” is contradicted by his own writing in which he described Lucy in particular as being in so much pain that she “wanted to die!” Sims performed thirty surgeries on Anarcha before declaring her “cured.”