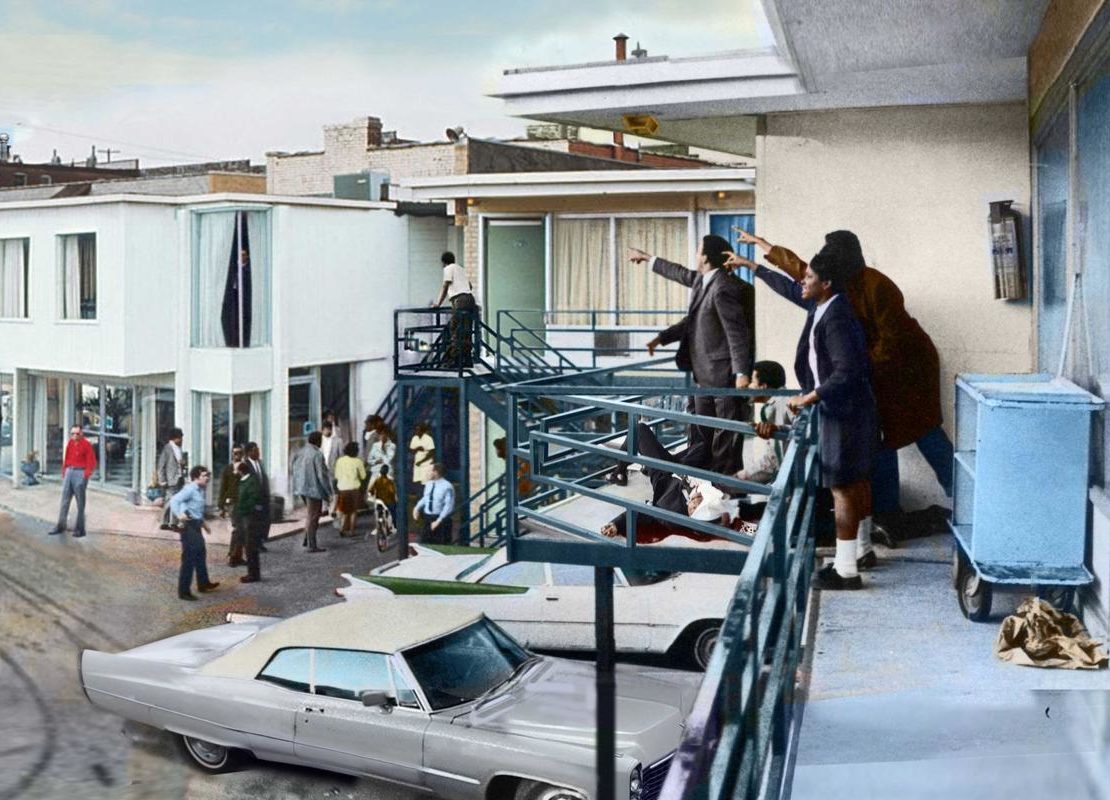 On April 4, 1968, Dr. Martin Luther King Jr. was shot and killed while standing on a hotel balcony in Memphis, Tennessee. Dr. King was in the city to speak on his growing Poor People’s Campaign, and to support an economic protest by black sanitation workers.

About two months earlier, 1,300 African American Memphis sanitation workers began a strike to protest low pay and poor treatment. When city leaders largely ignored the strike and refused to negotiate, the workers sought assistance from civil rights leaders, including Dr. King. He enthusiastically agreed to help and, on March 18th, visited the city to speak to a crowd of more than 15,000 people.