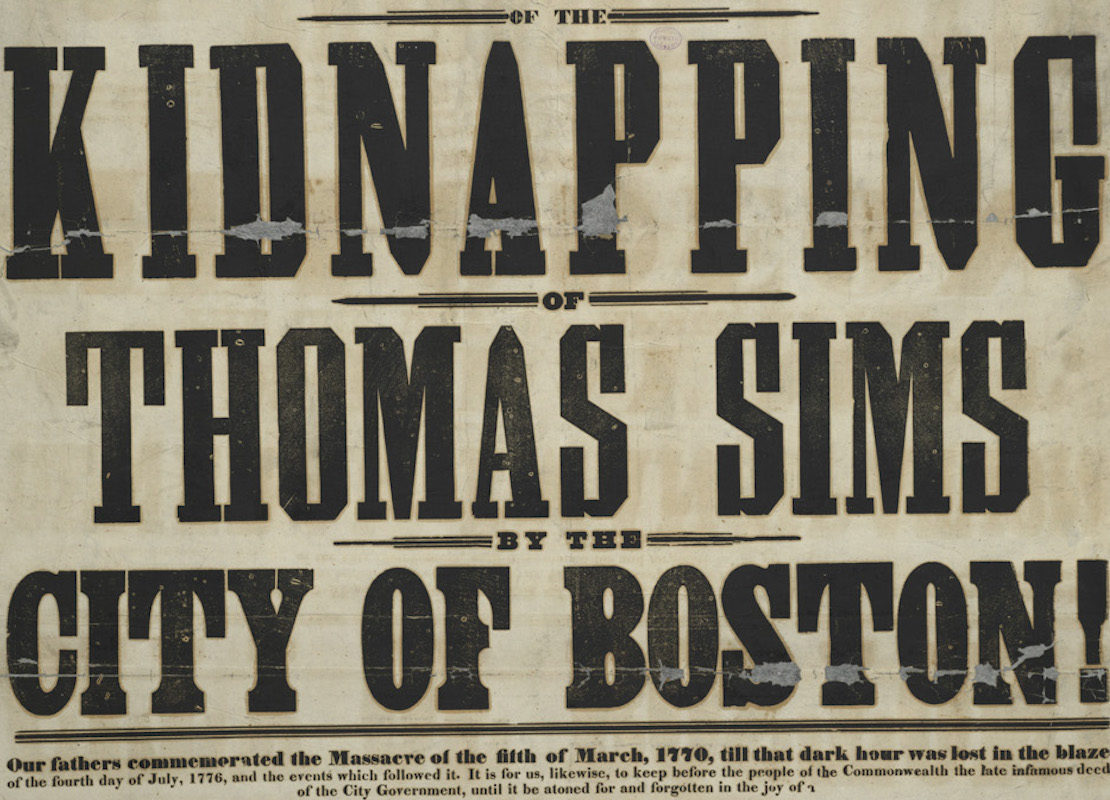 In early 1851, Thomas Sims, an enslaved black man living in Savannah, Georgia, successfully escaped bondage and fled to Boston, Massachusetts — where slavery had been abolished. Only a few weeks later, on April 3, 1851, Sims was arrested by a United States Marshal and members of the local police force and taken to the federal courthouse to initiate proceedings to re-enslave him and return him to the South. Fearing riots or an escape attempt, authorities surrounded the courthouse with chains and a heavy police force.

In 1850, the U.S. Congress passed the Fugitive Slave Act, which sought to force Northern officials to apprehend black people fleeing enslavement as “runaway slaves” and ensure their return to enslavement in the South. Any official who would “hinder or prevent” the arrest of a runaway slave or “harbor or conceal” a fugitive slave faced a fine of $1,000 or six months imprisonment. Captured fugitives – as well as the many free black people who were erroneously captured under the law as runaway slaves – had no right to a trial by jury and could not defend themselves in court.