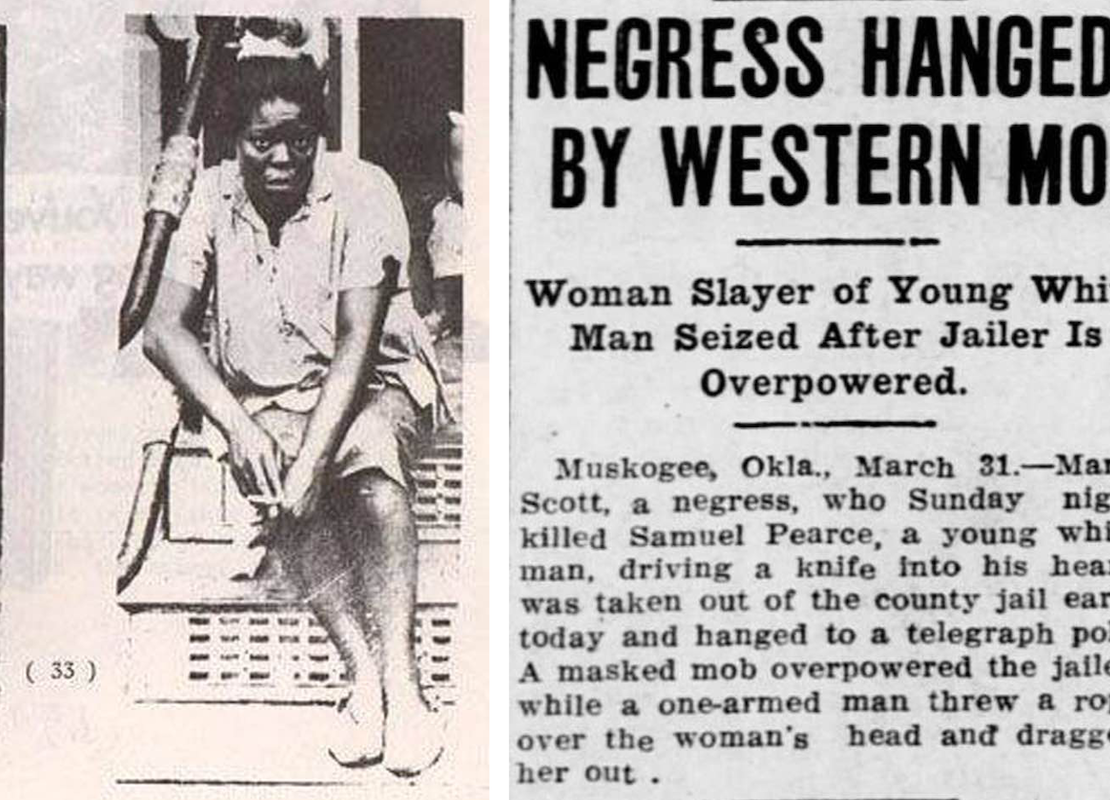 This Maryland Salon Is Slaying Locs With These Haute Designs | Essence

On March 31, 1914, a white lynch mob in Wagoner County, Oklahoma, seized a 17-year-old black teenaged girl named Marie Scott from the local jail, dragged her screaming from her cell, and hanged her from a nearby telephone pole. Days before, a young white man named Lemuel Pierce was stabbed to death while he and several other white men were in the city’s “colored section”; Marie was accused of being involved.