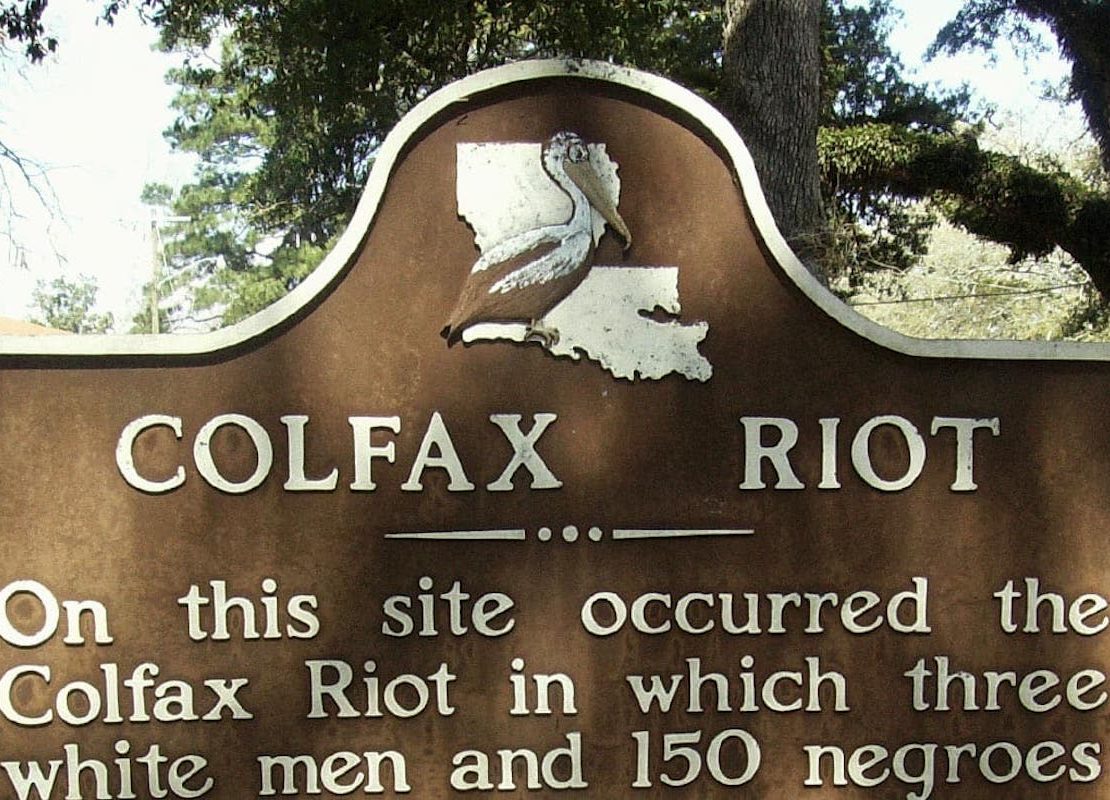 On April 1, 1875, the Supreme Court finished hearing arguments in United States v. Cruikshank, a case that asked whether the federal government had the power to punish white men convicted of slaughtering dozens of black people in Louisiana.

Two years earlier, on April 13, 1873, hundreds of white men clashed with formerly enslaved black men at the Grant Parish courthouse in Colfax, Louisiana. It is estimated that nearly 150 black people died in the ensuing struggle – many murdered in cold blood after surrendering. Only three white men died.

United States v. Cruikshank, 92 U.S. 542 (1876), was an important United States Supreme Court case in which the Court held that the Bill of Rights did not apply to private actors or to state governments despite the adoption of the Fourteenth Amendment. It reversed criminal convictions for the civil rights violations committed in aid of anti-reconstruction murders. Decided during the Reconstruction Era, the case represented a major blow to federal efforts to protect the civil rights of African Americans.

The case arose from the hotly-disputed 1872 Louisiana gubernatorial election and the subsequent Colfax massacre, in which dozens of black people and three white people were killed. Federal charges were brought against several white insurgents under the Enforcement Act of 1870, which prohibited two or more people from conspiring to deprive anyone of their constitutional rights. Charges included hindering the freedmen’s First Amendment right to freely assemble and their Second Amendment right to keep and bear arms.

In his majority opinion, Chief Justice Morrison Waite overturned the convictions of the defendants, holding that the plaintiffs had to rely on state courts for protection. Waite ruled that neither the First Amendment nor the Second Amendment applied to the actions of state governments or to individuals. He further ruled that the Due Process Clause and the Equal Protection Clause of the Fourteenth Amendment applied to the actions of state governments, but not to individuals. The decision left African Americans in the South at the mercy of increasingly hostile state governments dominated by white Democratic legislatures, and allowed groups such as the Ku Klux Klan to continue to use paramilitary force to suppress black voting.