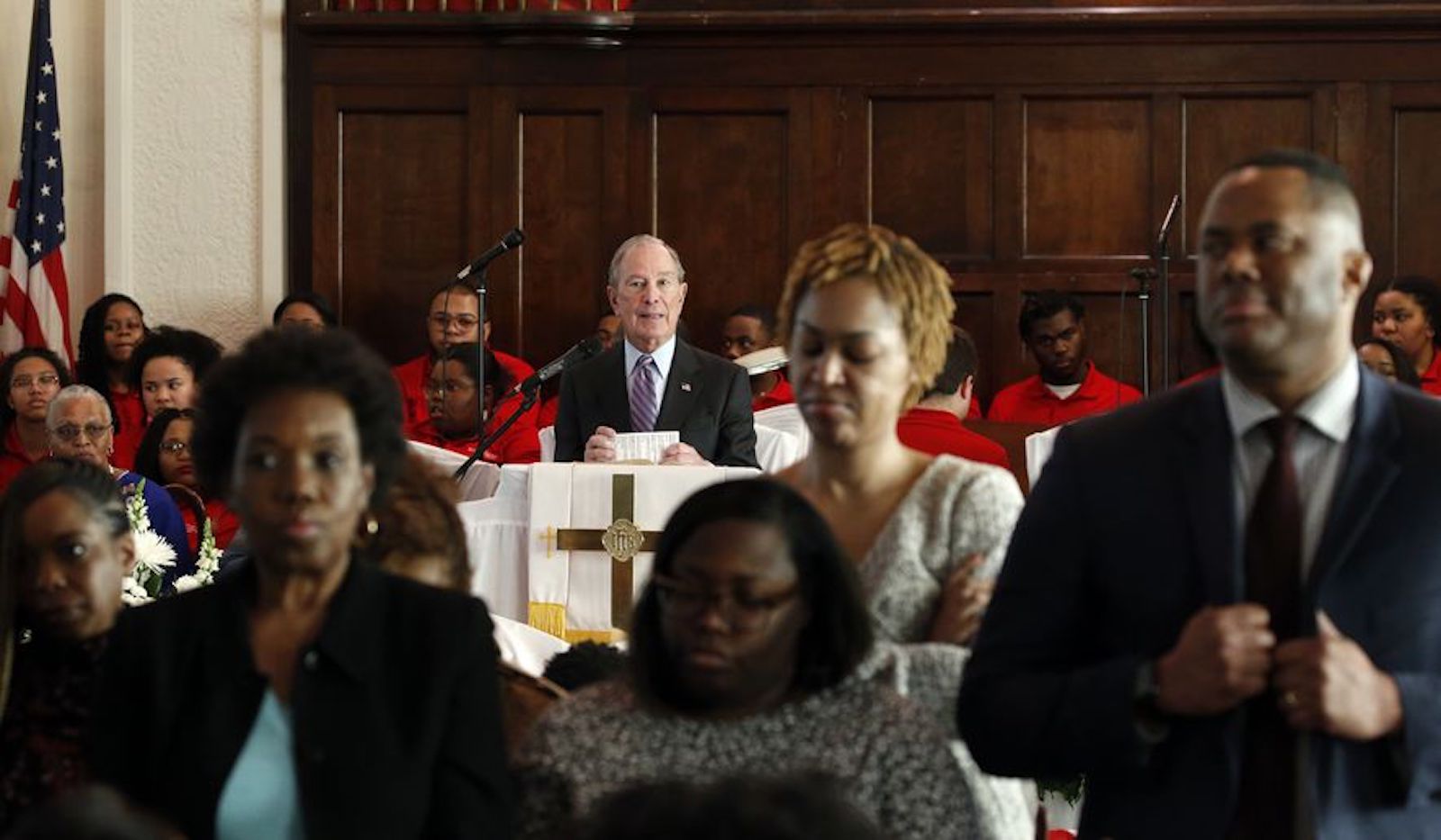 The Cruel Story Behind The ‘Reverse Freedom Rides’ | NPR WAMU 88.5

According to a report in the New York Daily News, several members of Brown Chapel African Methodist Episcopal Church stood up and turned their back on Mr. Bloomberg as he was was speaking.

Images of the protests posted to social media showed at least eight congregants in several clusters standing with their backs facing Mr. Bloomberg.