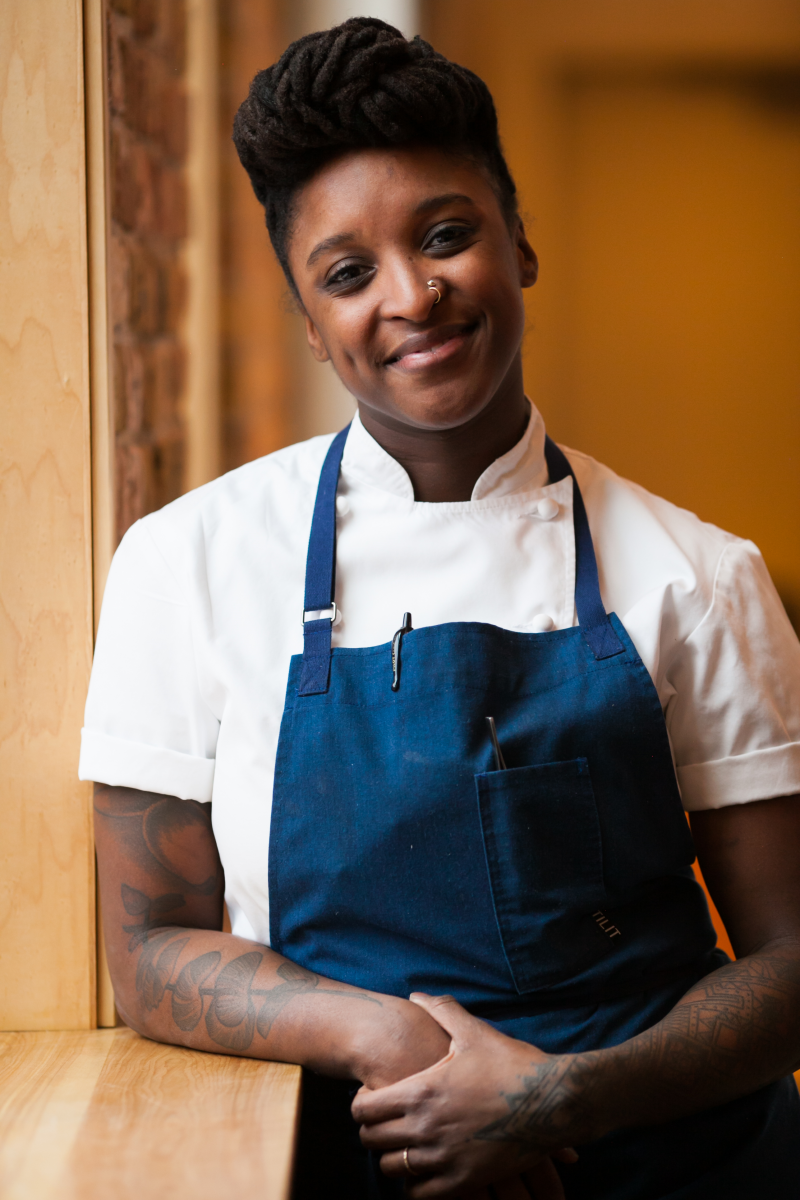 Russell she says she’s baffled by how long it’s taken for a Black woman to break through barriers.

Chicago is one of the toughest towns in the whole country. And the culinary arts—with all the blood, sweat, tears, and sleepless nights that come with it—can be one of the toughest industries to make a name for yourself. But after less than a year as the chef de cuisine at cocktail den/basement restaurant Kumiko and Kikkō, in 2019 chef Mariya Russell became the first Black woman to earn a Michelin star.

Russell says she is honored and overwhelmed to be the first Black woman to receive a Michelin star but sometimes she’s baffled by how long it’s taken for a Black woman to break through barriers and reach this milestone. She tells ESSENCE, “I don’t understand…. How is this the first time this has happened?” Discrimination and other barriers run rampant in the field, making it very difficult for Black chefs to get visibility, especially Black women and other women of color chefs.