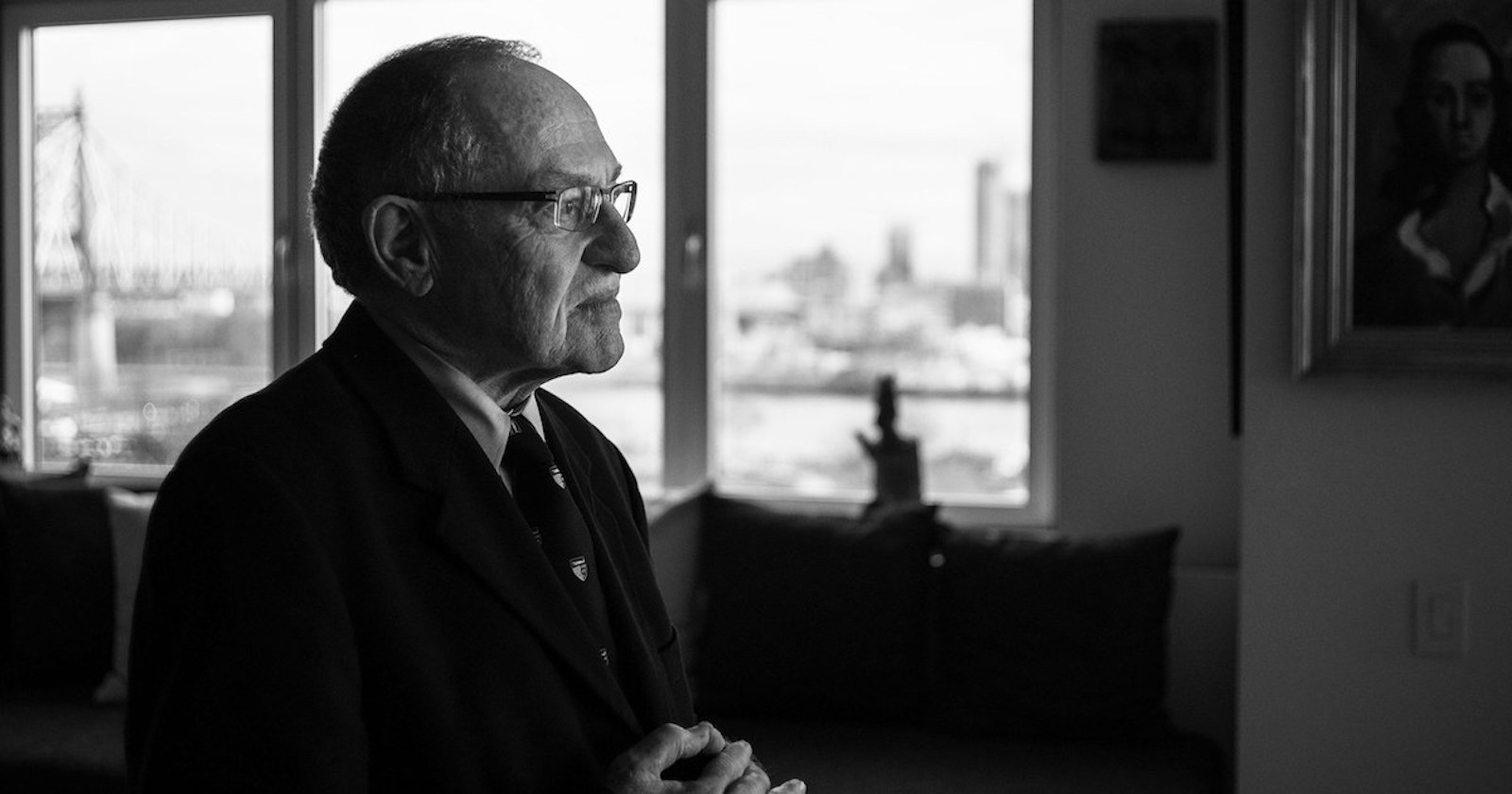 Searching the long quote trails of public figures often turns up interesting statements from days past.

In mid-January 2020, U.S. President Donald Trump announced that Harvard Law professor emeritus Alan Dershowitz would be part of his legal defense team for his upcoming Senate impeachment trial. Shortly afterwards, a quote meme made the rounds of social media holding the Dershowitz had once said (during impeachment proceedings against President Richard Nixon) that he was “not happy seeing Nixon’s gang being tried by blacks and liberals in the District of Columbia”: 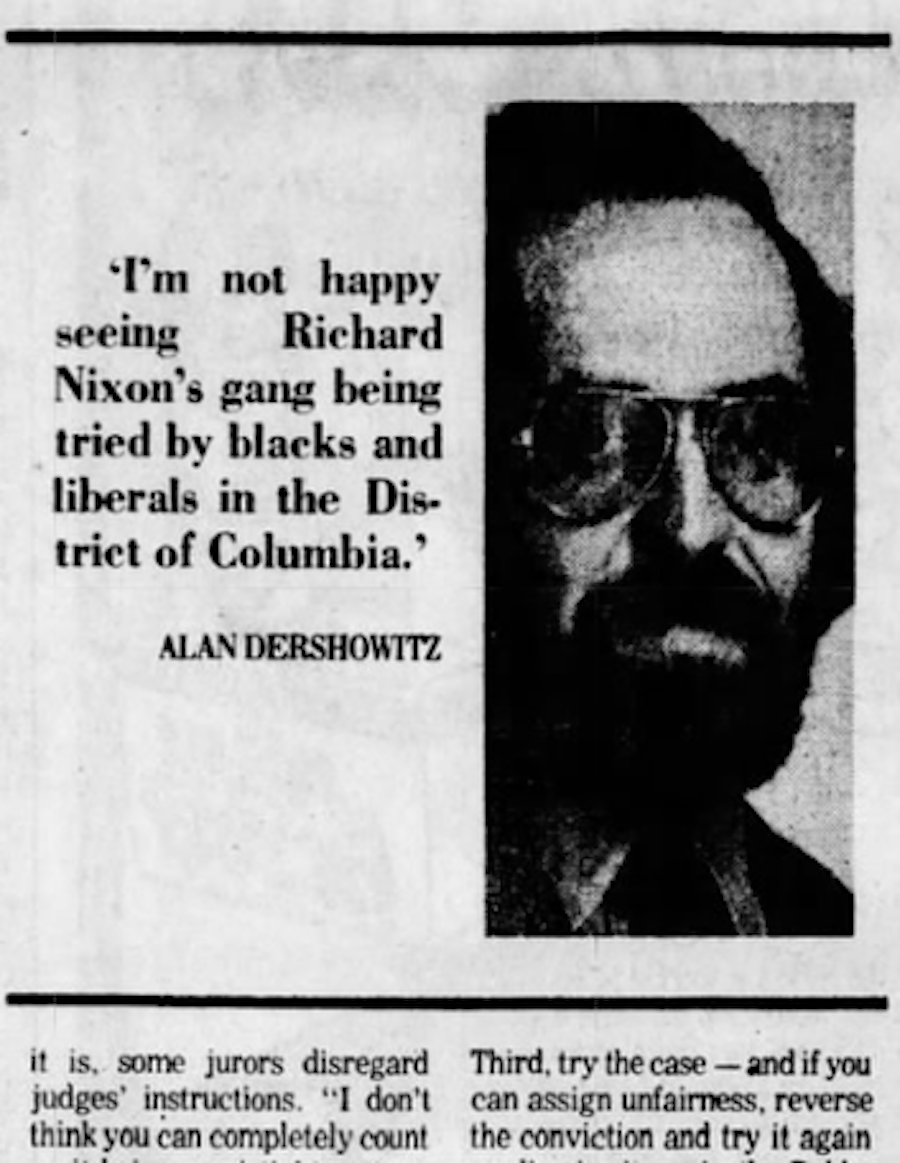 Dershowitz was indeed quoted as making this statement, in an Associated Press article on Nov. 21, 1974. It was during the trial of several figures connected to the administration of Nixon (who had resigned three months earlier) for their part in plotting “to obstruct the investigation of June 17, 1972, break‐in at the Democratic national headquarters at the Watergate complex.”