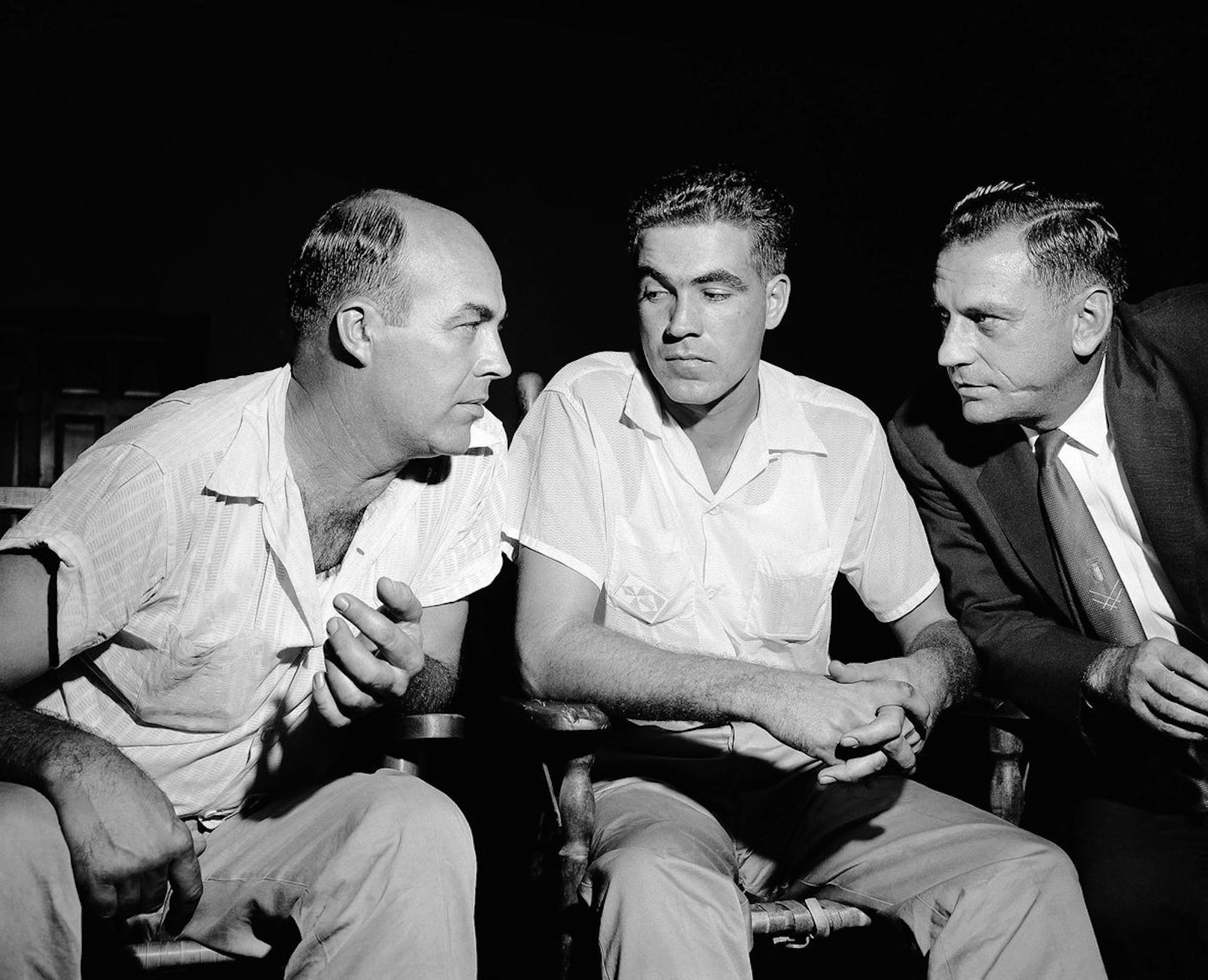 Killers of Emmett Till Confess in Look Magazine

Editors Note: In the long history of man’s inhumanity to man, racial conflict has produced some of the most horrible examples of brutality. The recent slaying of Emmett Till in Mississippi is a case in point. The editors of Look are convinced that they are presenting here, for the first time, the real story of that killing — the story no jury heard and no newspaper reader saw.

Disclosed here is the true account of the slaying in Mississippi of a Negro youth named Emmett Till.

Last September in Sumner, Miss., a petit jury found the youth’s admitted abductors not guilty of murder. In November, in Greenwood, a grand jury declined to indict them for kidnapping.

Of the murder trial, the Memphis Commercial Appeal said: “Evidence necessary for convicting on a murder charge was lacking.” But with truth absent, hypocrisy and myth have flourished. Now, hypocrisy can be exposed; myth dispelled. Here are the facts.