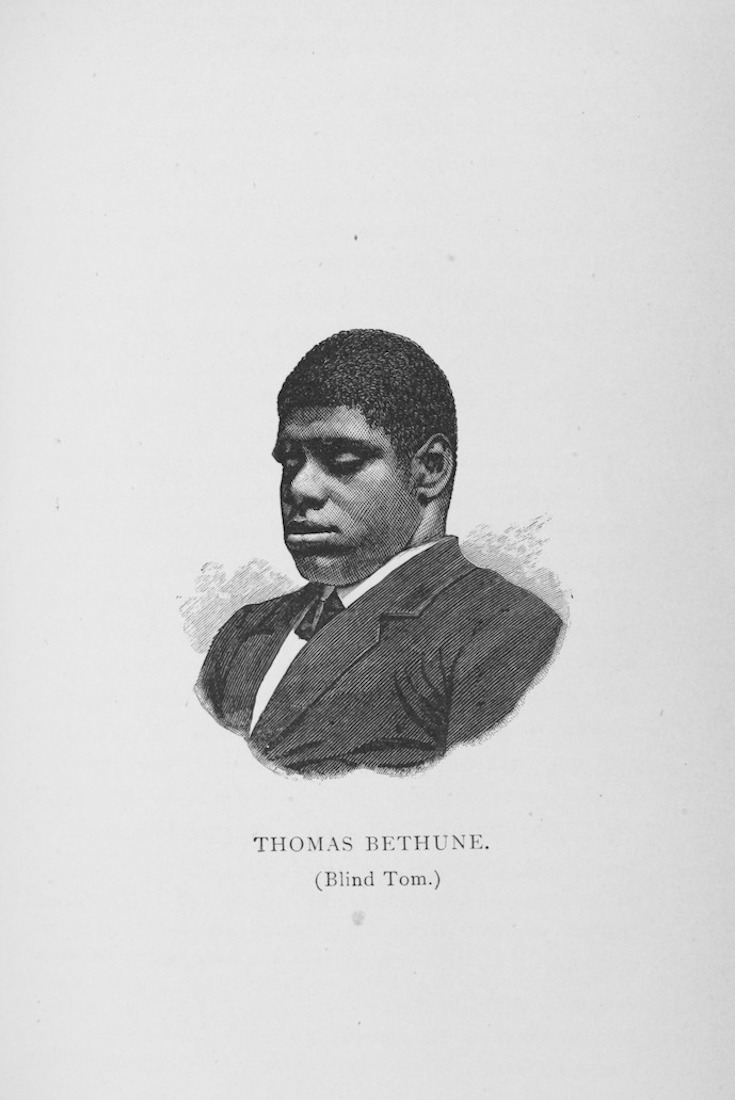 “Blind Tom” was a musical prodigy who was born in slavery in 1850, in the state of Georgia.

He was a contemporary virtuoso of Liszt and Rubinstein, but one who seemed unaware of his skin color, his fame, or his success. Blind Tom was aware only of the sounds and music around him. He left a few compositions behind, but the man behind the virtuoso persona, Thomas Wiggins, is a puzzling character of the 19th century who left nothing to the world, not a word, not a note, only the memories of other people. Very little is known about this genius who performed in the White House in front of President James Buchanan.

When Thomas was born, he was immediately sold to General James Neil Bethune, a lawyer from Georgia and an editor of a newspaper in which he openly advocated secession. The child was blind and demonstrated unusual behavior. He was interested in sounds, curious about them, eager to discover the diversity among them, especially those coming from the piano. He could imitate any animal with incredible accuracy, and apparently, he could repeat conversations 10 minutes long.

According to some sources, when Thomas got his hands on the piano for the first time, he was able to imitate the compositions he had heard from Bethune’s daughters, who were accomplished musicians. He was only four. When General Bethune recognized the boy’s outstanding skills, he allowed him to live in the house, and to play the piano as much as he pleased. The little prodigy could imitate the music performed by the Bethune girls without much of a struggle.