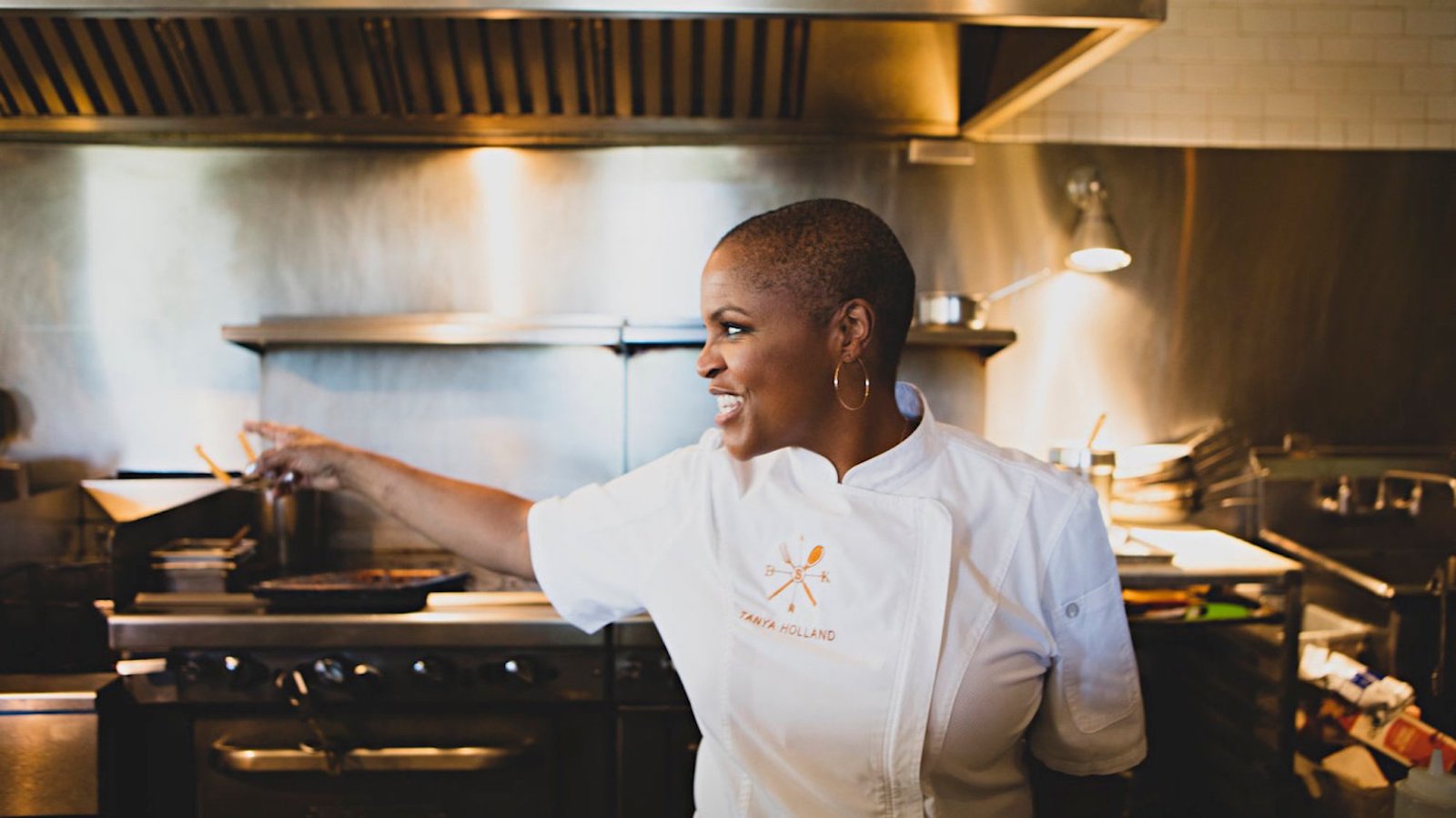 How chef Tanya Holland turned her “little utopia” in West Oakland into a soul food empire.

Fried chicken and waffles is a festive dish steeped in the history of the Great Migration, the 20th century fanning out of black people from the former slave-holding states the south into cities in the north and west. The combination delighted palates at nightspots like Wells Supper Club in Harlem during that neighborhood’s famous renaissance.

In the hands of renowned Bay Area chef Tonya Holland, owner of Brown Sugar Kitchen, it’s as subtle and delicious as anything you’ll find in a white-tablecloth culinary temple. Tender meat punctuated with a spicy crunch; crisp pastry that gives way to a soufflé-like interior; and it’s all wrapped up with soft butter and syrup to create one ambitious forkful. The dish embodies Holland’s aesthetic: impeccable technique and great ingredients applied to classic dishes of the African-American diaspora, served up in a convivial setting.

Holland moved to the Bay Area in the 2000s, intending to open a French bistro and ply the skills she had picked up at the La Varenne culinary school in Paris. But investors weren’t there for it, so she settled on a more casual concept: a kind of soul food diner. On Jan. 15, 2008—Martin Luther King’s birthday—she opened the original Brown Sugar Kitchen in a low-slung brown building on a gritty stretch of the Mandela Parkway in West Oakland, a legendary black neighborhood.