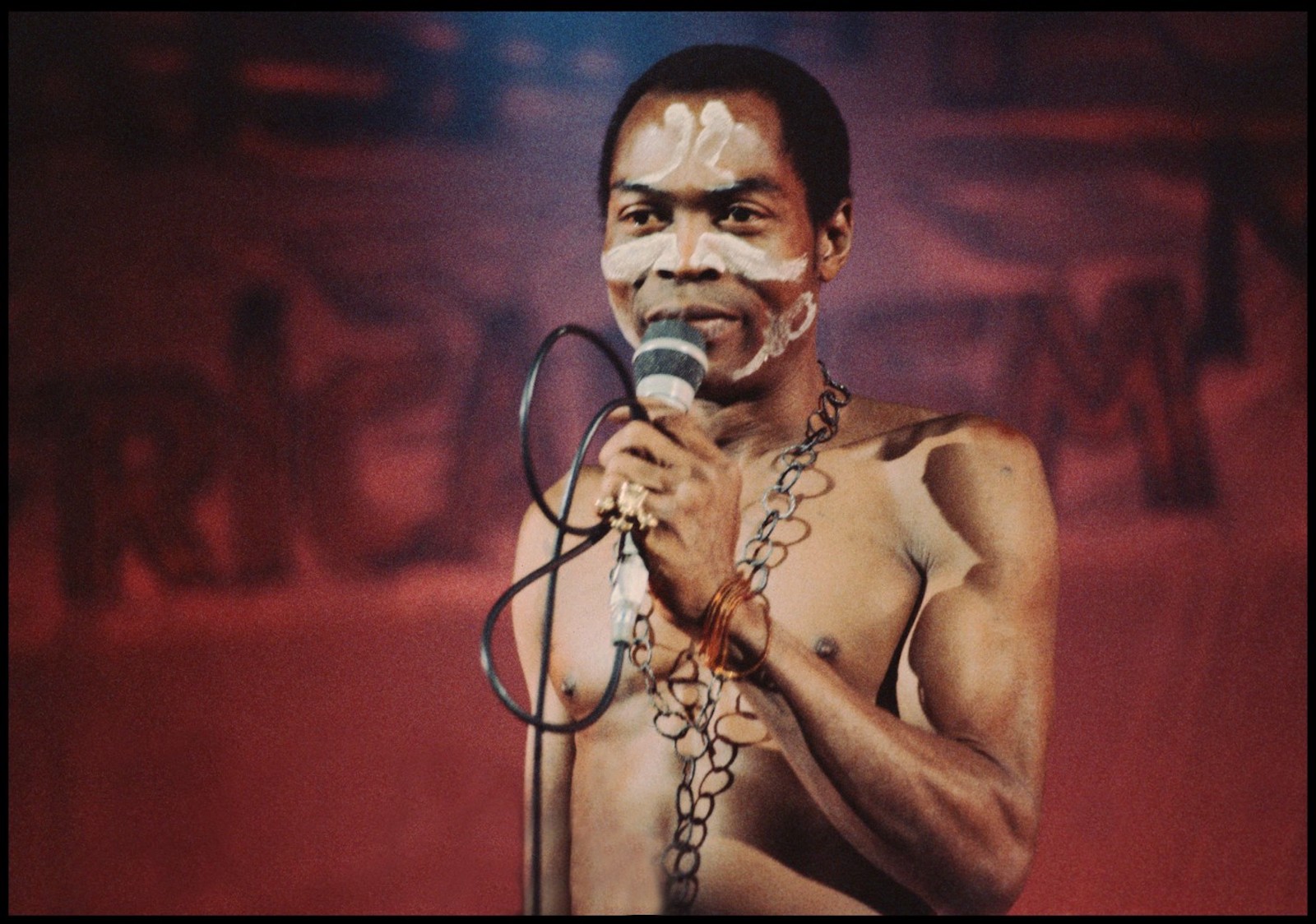 This article originally appeared in the July 1986 issue of SPIN.

Nigeria’s Fela Anikulapo-Kuti, political gadfly, king of Afrobeat, and preeminent pan-Africanist, regained his freedom when Nigerian authorities ordered his unconditional release from prison on April 24, 1986, after he had served 18 months of a five-year sentence for alleged violations of currency regulation, which led to his trial under anti-subversion decrees.

His arrest on September 4, 1984, and subsequent conviction touched off an international protest campaign supported by such notable musicians as Herbie Hancock, David Byrne, Ginger Baker, Little Steven, and others who felt that Fela’s conviction stemmed from political pressure by Nigerian government officials.

After an enlightening visit to America in 1969, Fela singlehandedly brought the ’60s cultural revolution to Africa. Renaming his band Africa 70, he began recording a new sound—chopping, James Brown-style guitar funk, pulsating multi-percussion, chantlike vocals, an answering chorus of blaring horns, and lots of swirling horns and keyboard solos. His lyrics—sung in pidgin English or Yoruba, one of the languages of Nigeria—exposed and mocked corrupt politicians and civil servants, evildoers, and Europeanized Africans. These were not generalized protest songs; Fela named names.

For Fela, there was no distinction between public and private life. He turned his home in Lagos into Kalakuta Republic—a commune where his followers played music, smoked hemp, made love, raised children, and clashed with Nigeria’s military government. Worse yet, Fela intimated that he was considering running for president.