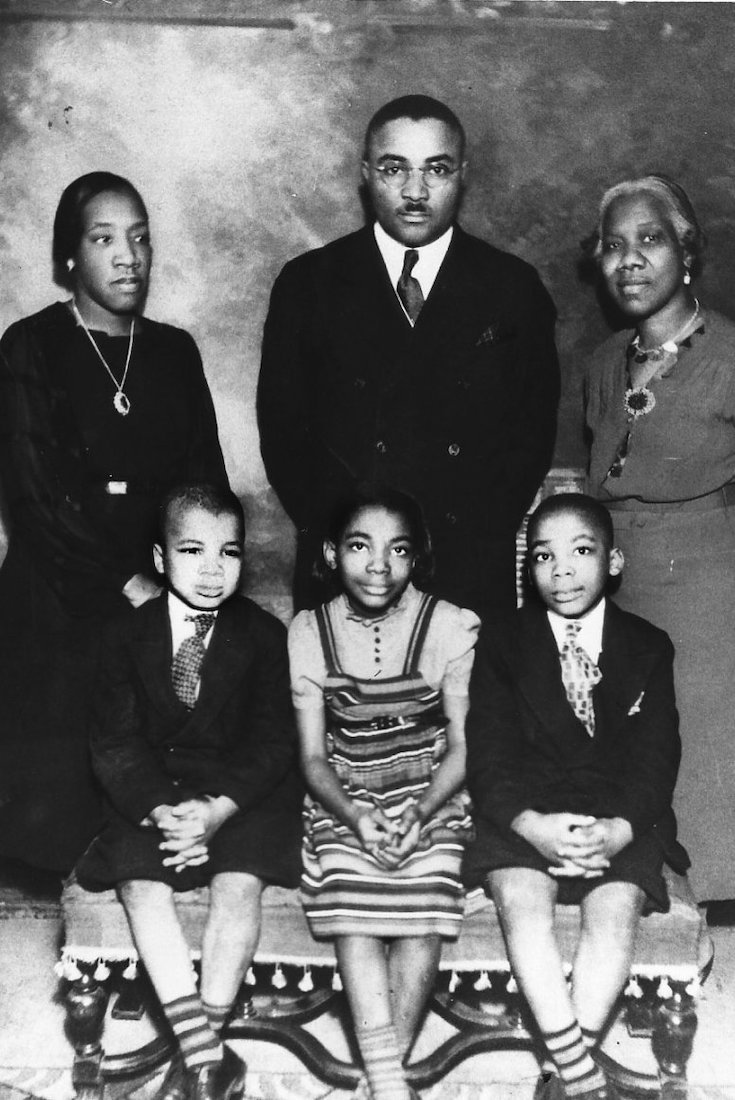 In April 1968, my sons went to Memphis to help organize a struggle by the city’s sanitation workers to achieve better wages and working conditions. I wondered about M.L.’s involvement in this, whether or not he was spreading his concerns and his energies too thin. But again he was right.

reside online and are fully searchable

There could be no real separation between exploiting a man because of his color and taking advantage of his economic condition to control him politically. Exploitation didn’t need to be seen only in terms of segregation. It involved all people, white and black, in the continuing human drive toward freedom, toward personal dignity within a just society. In Memphis, M.L.’s joint efforts with the workers brought out the old charge that he was, inside, more Communist than Baptist, which may have been the silliest thing anybody ever said about any person in America.

M.L. had been able to convince his brother, who was extremely skeptical in the beginning, that he too could make a difference in the kind of America that would enter the twenty-first century. The nation could be changed. The cracks in the armor of racist attitudes were visible all over the South. Maybe the time had been ripe before, but M.L. could see that now was an excellent moment in history to move a nation beyond itself. He sensed that Americans would respond emotionally to what he was now doing, that their passions could be cooled, then turned around into a force that would make the country into the place it should always have been. We have the resources, he would explain to me. We have the means, and the human energy needed is at its peak. . . .

The tension of those months took a heavy toll on Bunch, who was always aware of the pressure both the boys were under in their daily lives. The sound of a telephone, our doorbell ringing, any call that brought with it some news, edged up on us like a series of loud, sudden alarms. M.L. knew he had to share with his mother the changing nature of events as they involved him. Each moment he was away, out of touch with her, became an eternity of waiting for the next indication of any kind that he was all right.