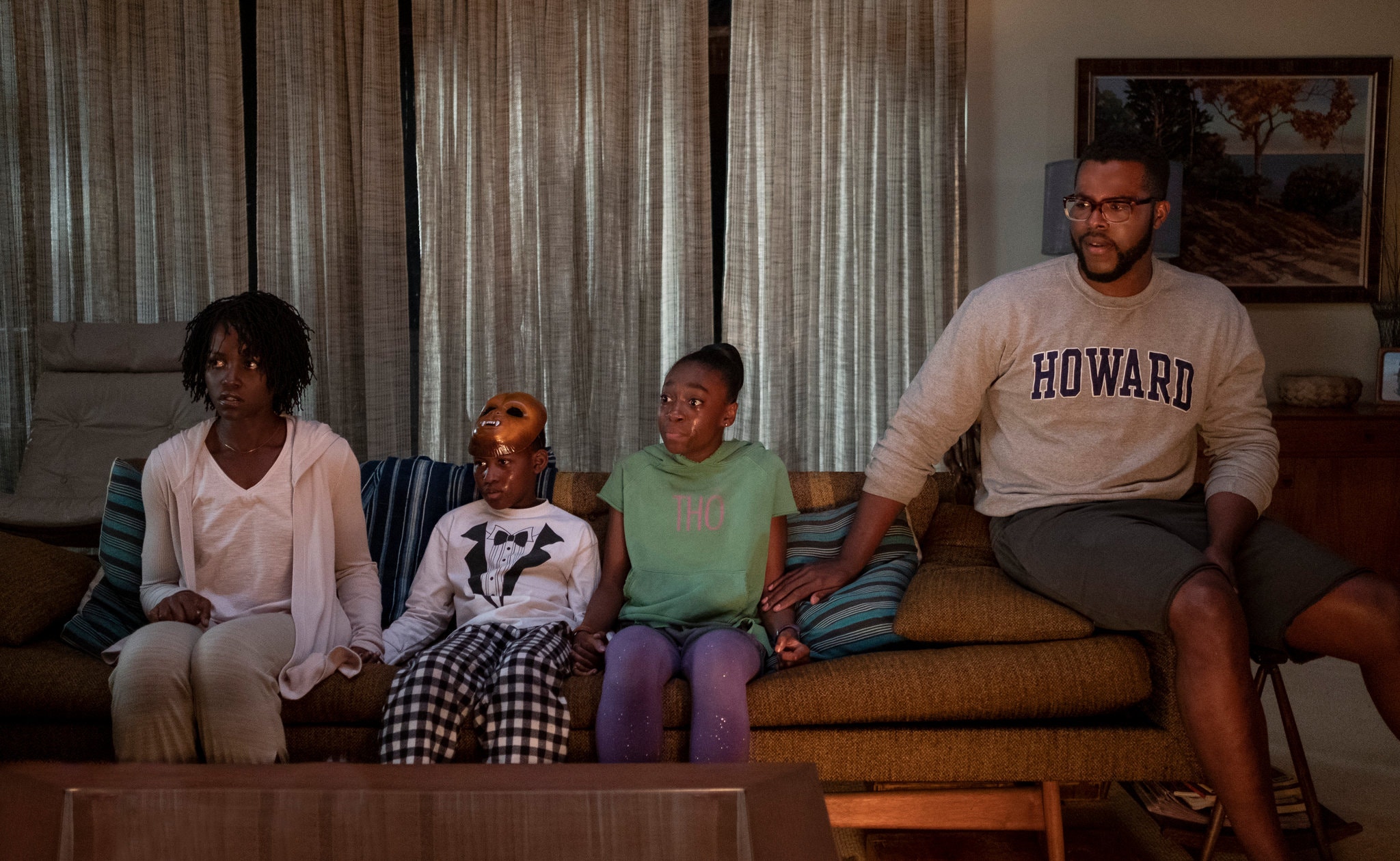 With its star, Lupita Nyong’o, in awards contention this season, a look at the clothes that helped tell the story.

You could watch Jordan Peele’s “Us” a dozen times and still not catch all of the symbolism, references and ideas tucked in it. Yes, scissors are clearly a thing, but what’s with that tuxedo T-shirt?

The movie, ostensibly about a family, the Wilsons, hunted by its doppelgängers, is something of an awards contender. Its star, Lupita Nyong’o, is up for a Screen Actors Guild Award on Jan. 19 for her haunting portrayal of a mother with a painful past and a demented double speaking in a creepy voice. But performance is only one piece in this cinematic puzzle (now streaming on HBO). If you look closely, you’ll see that some of the narrative threads are woven right into the costumes — the tops in particular.

In an interview, Peele, who wrote and directed “Us,” said the choice of T-shirts “represents one of the central themes, which is the identity, the outward-facing branding that we present to the world.” But he also said the shirts were an opportunity to incorporate “little Easter eggs and coincidences, which are a major theme for the movie as well.”