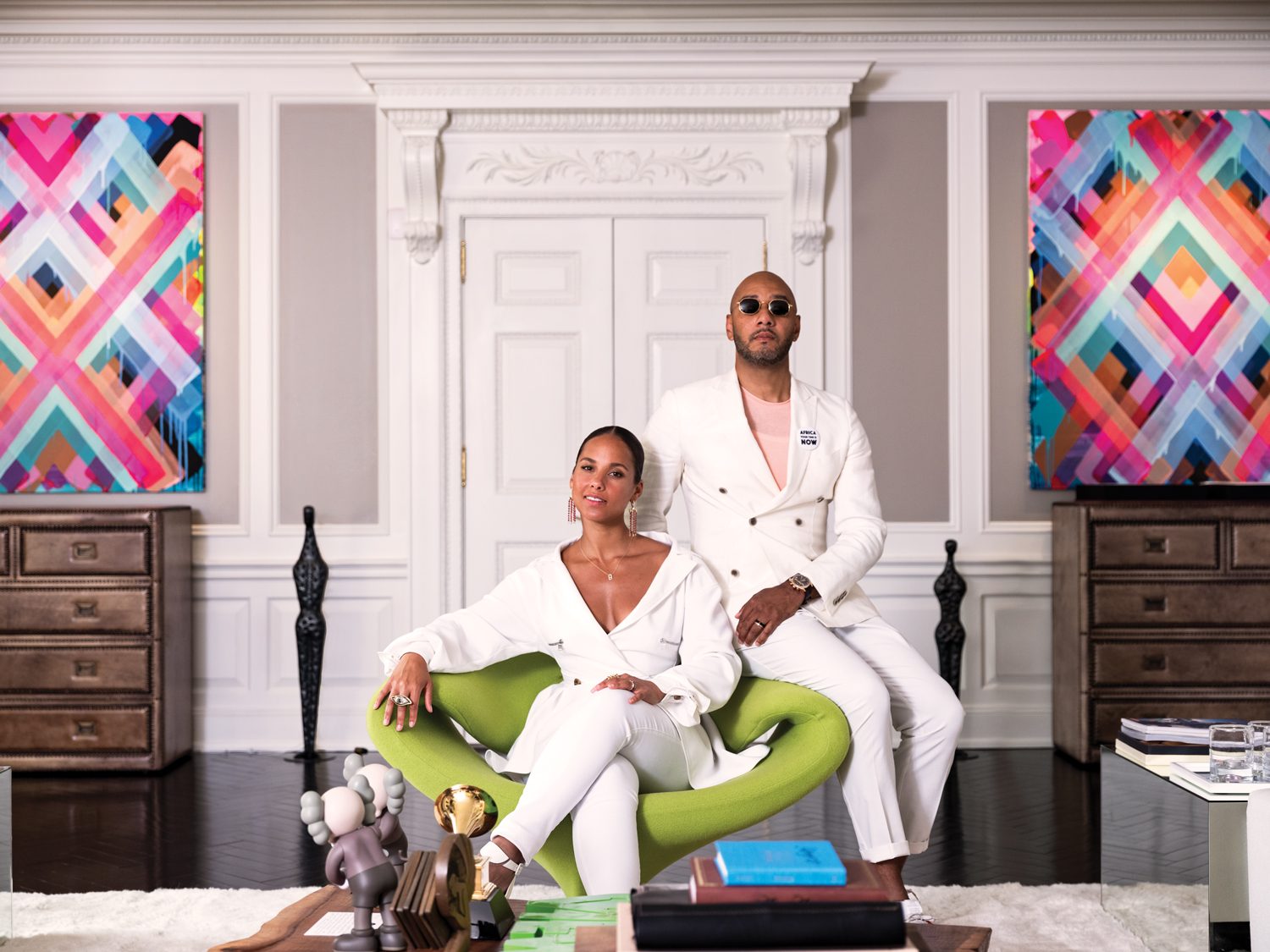 In May 2018, in a buzzing salesroom at Sotheby’s New York, the hammer fell on Kerry James Marshall’s Past Times (1997), a sprawling masterpiece that surveys a contemporary pastoral scene in which black figures are seen picnicking, boating, golfing, and playing croquet. Not long after, the price—$21.1 million, the highest figure for a work by a living African-American artist at auction—set off a fierce debate.

Were black artists suddenly too trendy and recent rises in attention an overcorrection for generations of discrimination and racism in the art world? Could the handsome sum shelled out by the buyer, music mogul Sean “Diddy” Combs, have been better spent? The auction that featured Marshall’s painting also included lots in a special sale that brought in $20.2 million for 42 works by other leading black contemporary artists to benefit a future home for the Studio Museum in Harlem. If Diddy had purchased all of those, he would have established himself as a major contemporary art collector just the same, saved nearly $1 million, and embodied his favorite term, “black excellence,” by ensuring that an African-American institution in his native Harlem would benefit artists and curators of color for generations.

For artists, the Marshall sale—for which the painter himself received nothing—was a stark reminder of a more pressing question: Should visual artists receive royalties from the resale of their works on the secondary market? That question has become of particular interest to the collectors Kasseem “Swizz Beatz” Dean, the hip-hop super producer, and his wife, Alicia Keys, the 15-time Grammy Award–winning R&B artist. Through their holdings amassed in what has come to be known as the Dean Collection, the couple have minted themselves as avid patrons with a mission to build a protective community around the artists they support. Dean, an evangelist on the subject of art he admires, orchestrated the acquisition of the Marshall painting by his longtime music-world colleague and friend. “It took me 10 years for that to happen,” he told me of the time needed to convince Diddy to spend big on important black art. “I was like, ‘This Kerry James Marshall has to stay in the culture.’ ”

Settled in a seat at a low-key Italian restaurant across the street from his sprawling recording studio in New York’s Chelsea neighborhood, where stars like Jay-Z, Keys, and Adele record, he remembered the historic sale of the Marshall painting as a “tough wrangle.” Diddy was nervous, as he had never done anything of the sort before, and after the sale, he told Dean, “Don’t expect me to do that every day.” Sipping rosé, the Bronx native laughed and grew defiant. “But we had to do that! It was a monumental moment.” That same night, in a show of solidarity, Dean and Keys snapped up Lynette Yiadom-Boakye’s fictive portrait An Assistance of Amber (2017), for $550,000, to add to their collection.