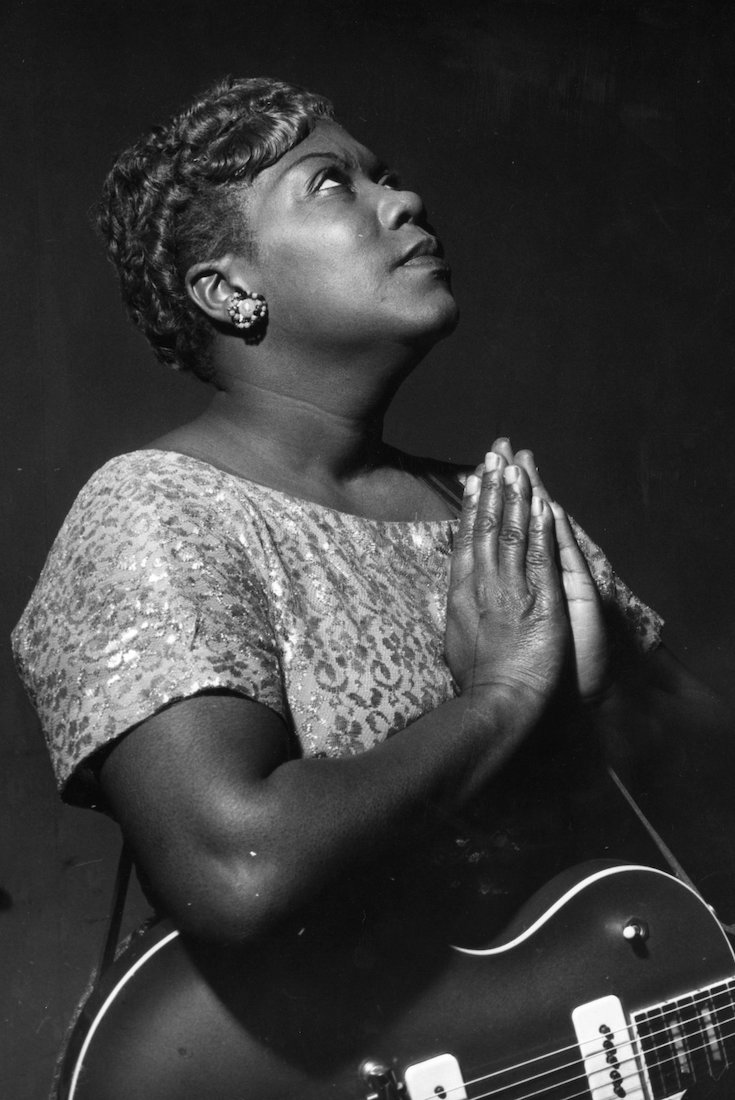 Don’t Try This at Home | The New York Times

This year’s inductees to the Rock and Roll Hall of Fame have been announced, and they have finally gotten around to adding Sister Rosetta Tharpe, who’s got a pretty good claim to having invented that shit. She got her credit the same year as Dire Straits and Bon Jovi.

The Wall Street Journal reported that Tharpe—a major gospel star who broke ground with her electric guitar style and tackling of secular themes, predating the Sun Records crew and paving the way for basically everybody who came afterward—will be inducted in the “early influences” category. Jessica Diaz-Hurtado wrote of Tharpe’s distinctive sound and approach in NPR: