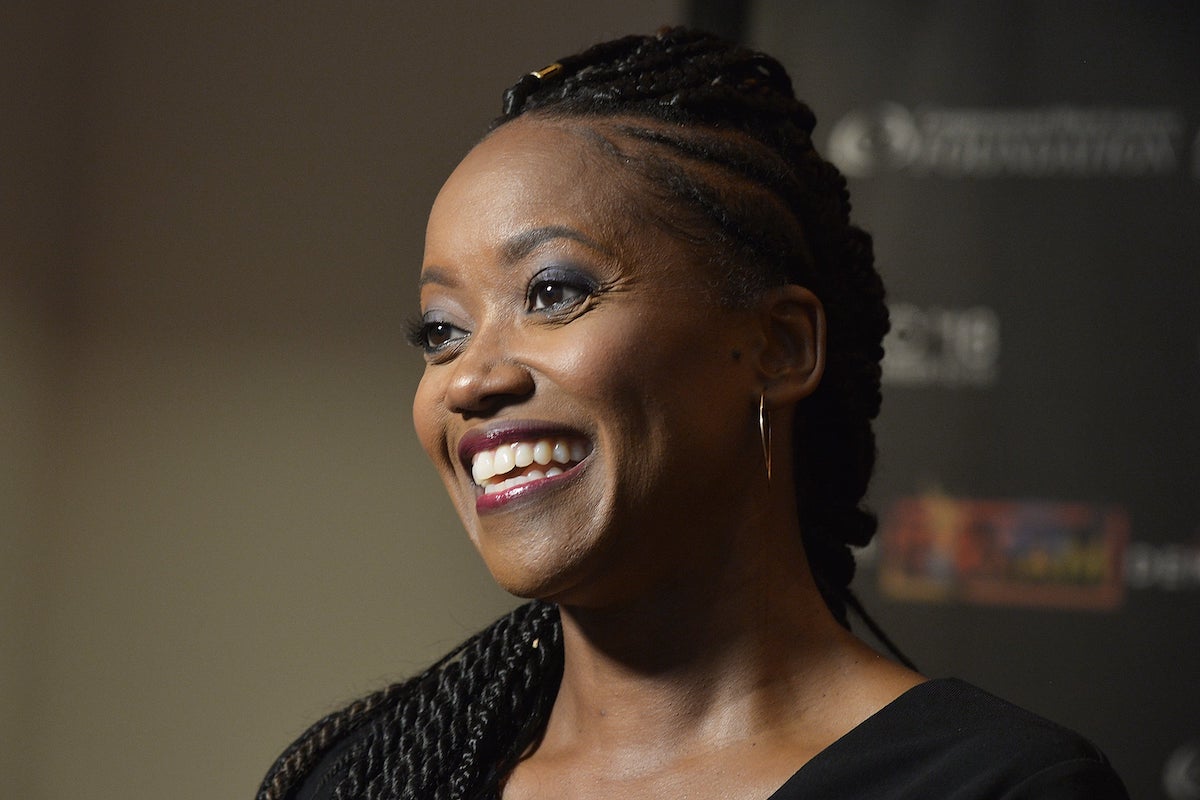 There are several iconic black leading ladies many of us grew to love and sought to emulate in the 90s. My favorite femme fatale during that time was a lawyer by trade, called a Brooklyn brownstone home, and had three homegirls standing to her left and her right who held her down through the ups and downs of being a single, sex-positive power woman in the Big Apple.

Maxine Shaw’s brash humor, chic box-braided undercut, love of food, and sassy confidence drew audiences closer and closer to the TV every week, providing a unique depiction of femininity and ambition that held its own in an ensemble cast of entertainment powerhouses.

Erika Alexander is the woman behind giving life to Maxine, lending her acting ingenuity and experience from working on sets of shows, including The Cosby Show and Law & Order, to the role. Since those days, she has continued to hold her own in Hollywood, acting in the Oscar-winning film Get Out, the HBO hit Insecure, and the hit OWN drama Queen Sugar. She’s even taken her talents beyond the small screen, walking the presidential campaign trail with Hillary Clinton and producing her own comic book series.