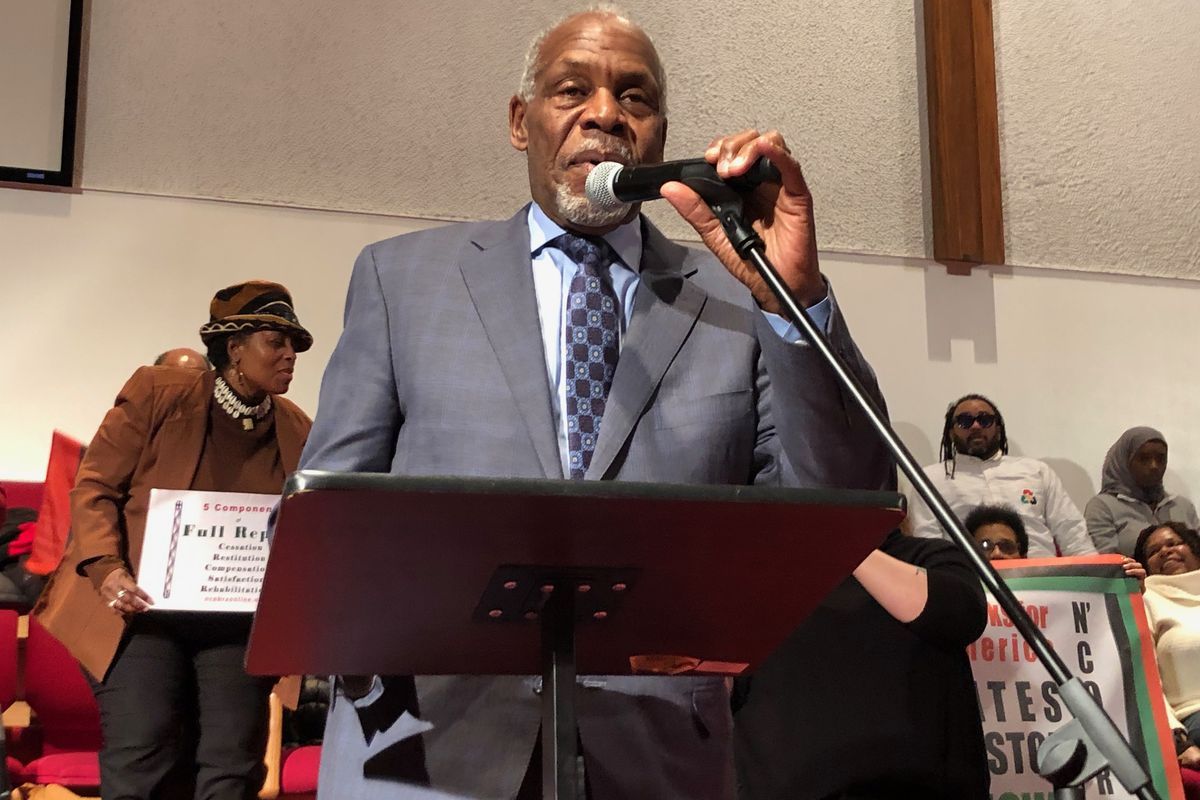 Actor Danny Glover told an Evanston town hall Wednesday night the Chicago suburb will go down in history as having led the way in the reparations movement with its groundbreaking legislation funding amends for African Americans with a cannabis sales tax.

“This is an extraordinary moment for us to celebrate, no doubt about that. Those who worked in support of this have stood in the fire to make this happen,” Glover told a standing-room-only crowd of over 500 gathered at Evanston’s First Church of God