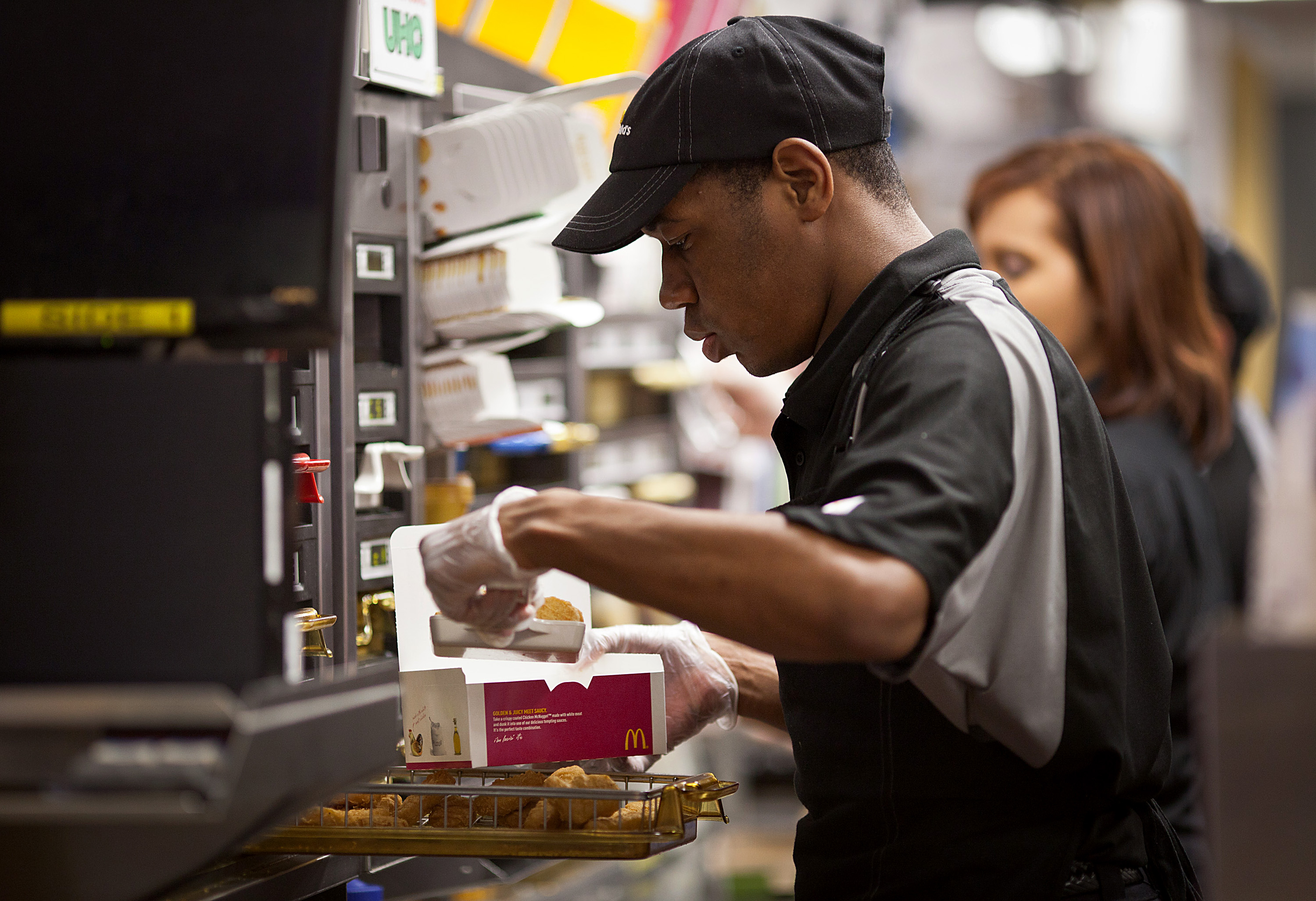 The Black Artists You Should Know at Basel | Paper Mag

Cierra Brown estimates her commute to work would only take about 25 minutes if she had a car. That’s part of the reason she returned to McDonald’s in January: Her car had broken down and she needed money. But at McDonald’s, Brown only earns $9.50 per hour as a cashier, which barely helps cover rent and is far from enough to solve her vehicular woes. Without a car, one of Brown’s main headaches is getting to work. Her typical bus commute to McDonald’s takes as long as two hours each way.

By the time she starts work, she’s already tired. When she gets home, she’s exhausted.

“That is where a lot of my headache comes from,” she told VICE.

At 29, Brown works approximately 40 hours a week, splitting her time between a McDonald’s in Durham, North Carolina, and a food-service gig a local hospital. “It’s still not enough,” she said. Both jobs are part-time, and she doesn’t receive health insurance through either employer. She can’t afford insurance on her own, either. That’s a problem since Brown is diabetic, and she has to pay for her medical expenses out of pocket. She’s trying to do all she can on her own—she receives no food stamps or other assistance, she notes—but it rarely feels like she’s doing enough.

Would you be willing to tell VICE about a week in your life? Fill out this form. In certain cases, we are willing to keep your identity anonymous.