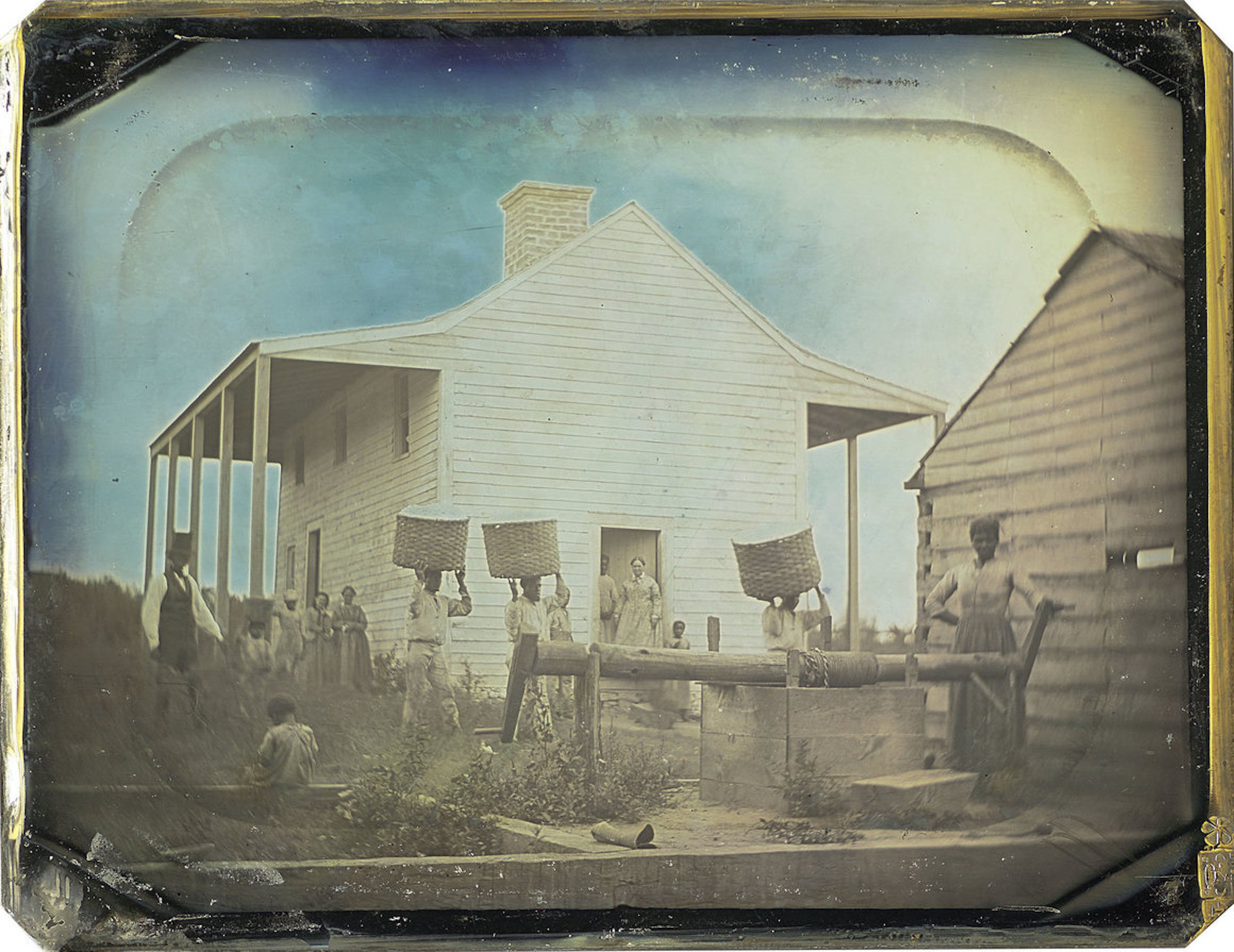 The Image is simple and haunting.

Ten enslaved African-American people stand in front of a two-story, white clapboard building, some with baskets of cotton on top of their heads. A boy bows his head in the lower-left corner, his back to the camera. It’s a quarter-plate daguerreotype, a little larger than a deck of cards but brimming with details visible only when magnified: the individual leaves of the plants encircling a well, the woven wicker of the baskets. The antebellum photograph, believed to date back to the 1850s, is the oldest-known image of enslaved people with cotton, the commodity that they were forced to harvest.