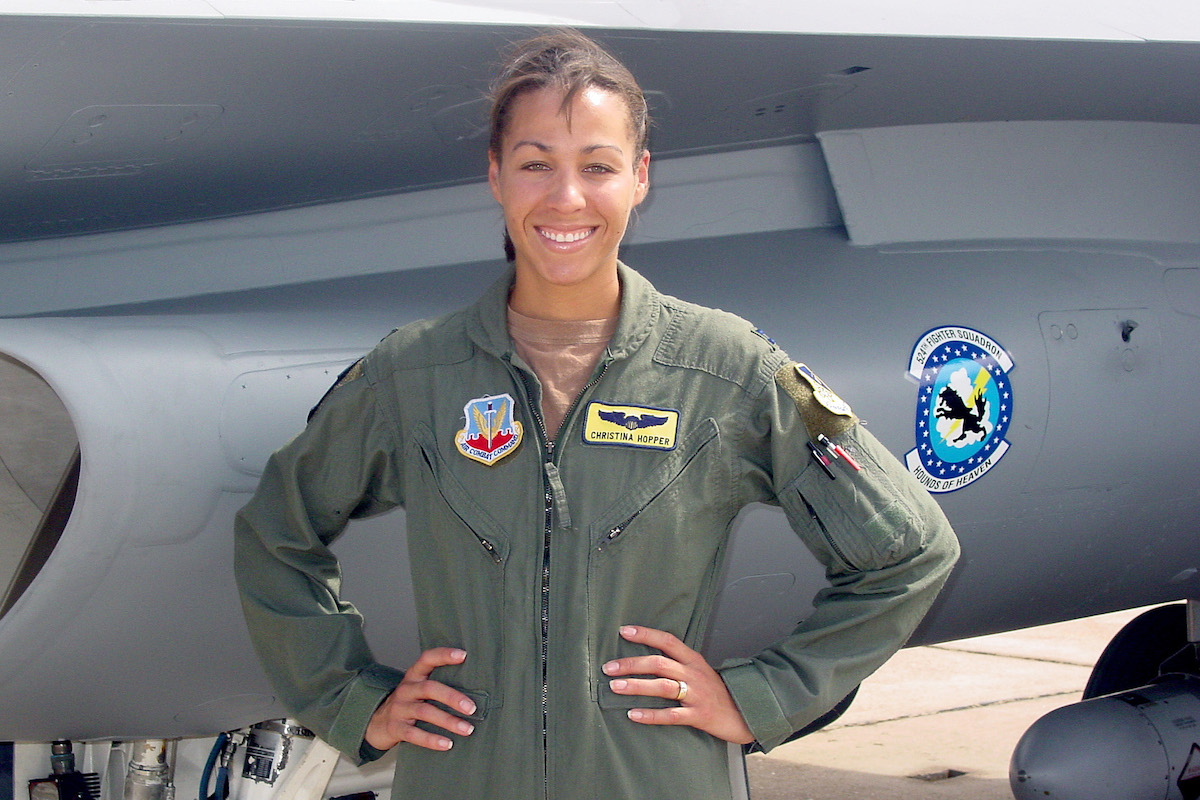 Maj. Christina Hopper’s family is about as military as it gets. The legacy of service in her family made being a military brat a key part of her identity. Born in Norway while both her parents were stationed there with the Air Force, Hopper didn’t move to the United States until she was 4 years old.

Her trajectory, following in her parents’ footsteps to the military, was normal, expected almost. But Hopper’s story deviates from the typical military brat-turned service member in that she didn’t only join the Air Force, she became the first black female pilot to fly a fighter jet in combat. And although Hopper is considered a trailblazer, she told Task & Purpose that she felt like one of the crew from day one, and that the uniform always came before race and gender.

An Iraq War veteran, Hopper separated from the active-duty Air Force in 2008 with almost 1,000 hours in the F-16. Today, she is a mother of three, military spouse, and continues to serve in the Air Force Reserve as a T-38 instructor, where she trains the next generation of fighter and bomber pilots. Hopper continues to enhance her legacy through the “Vance Supergirls,” a mentorship group for female aviators.