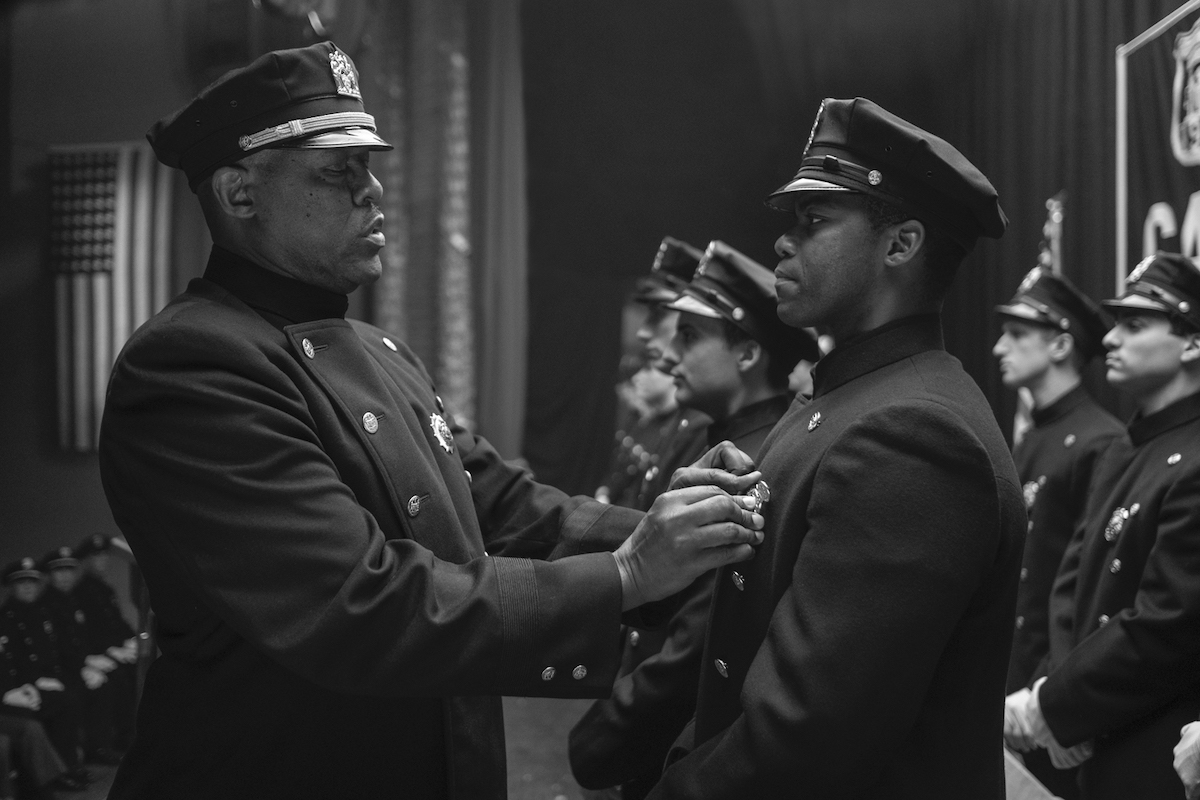 At the start of “Watchmen” Episode 6, Agent Laurie Blake leans in closely to get through to a hazy Angela Abar. Portrayed masterfully by Regina King, Abar has just ingested a “lethal dose of Nostalgia,” and she is close to slipping into a coma.

“You shouldn’t have swallowed your grandfather’s pills, Angela,” Blake says, before explaining how the capsules work. Nostalgia was intended for the elderly and people with dementia. Her grandfather’s memories had been harvested and turned into pill form. With these edible memories, he would never forget his past and would pass the memories on to his descendants.

“Who wants to be in the present when you can live in the past?” Blake (Jean Smart) asks incredulously and, perhaps, rhetorically. For Abar, living in the past means reliving several life-altering events experienced by her grandfather Will Reeves (Louis Gossett Jr.): the horrors of racial terror, white supremacy in the police force, the abandonment of family and a near-death encounter. For the “Watchmen” audience, it also means being transported back in time to finally see the great reveal, one that many fans saw coming. Reeves is Hooded Justice, a Black superhero who assaults and kills criminals, racists and rogue police officers in the streets of New York City. Abar is continuing her grandfather’s crime-fighting legacy — and she didn’t even know it.

“Watchmen” has asked a lot of its viewers to parse through storylines that leave questions unanswered, to relive traumatic moments from our nation’s history, to confront racism in the guise of a superhero series. In doing so, the HBO show treats white supremacy as a villain of a not-so-distant past, one embedded in present-day institutions and familial histories that inform our day-to-day lives.