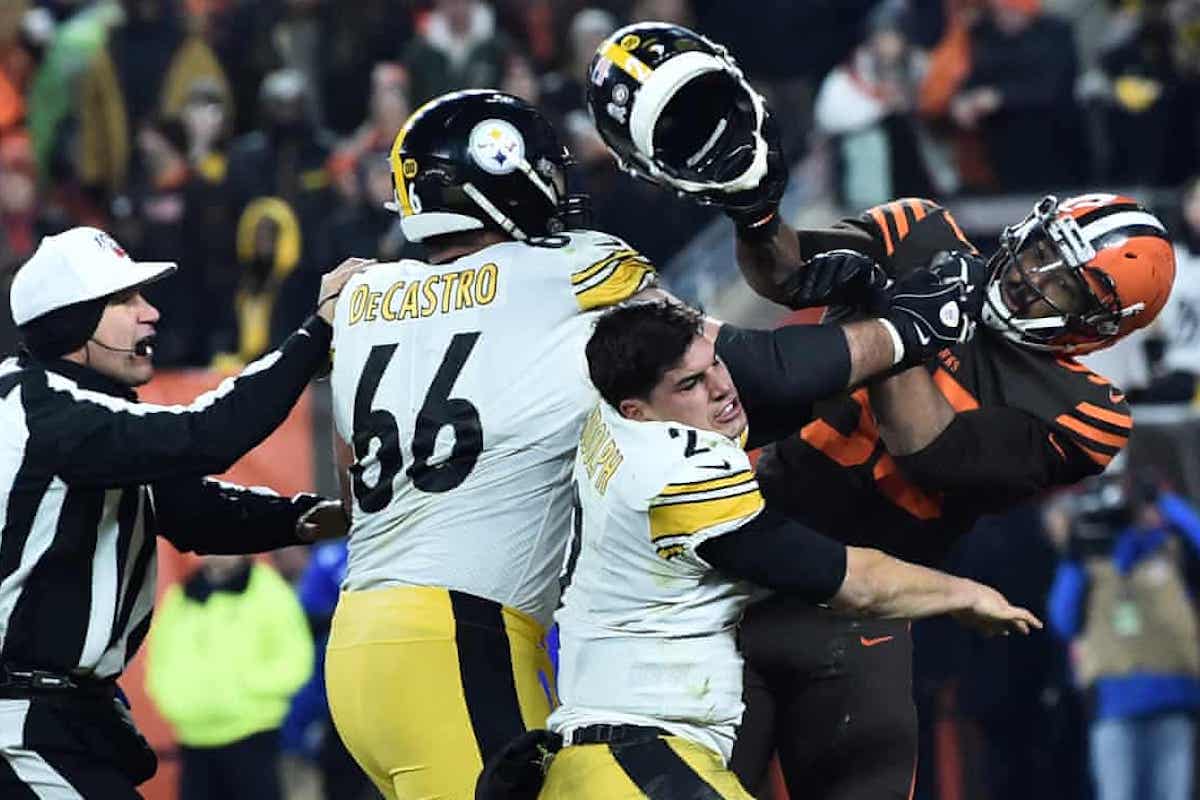 The reported allegation that Pittsburgh Steelers quarterback Mason Rudolph directed a racial slur at Cleveland Browns defensive end Myles Garrett before their ugly brawl on Monday Night Football takes me back to my freshman season at Syracuse University. I was playing in a game and a white player on the other team called me the N-word. I remember walking away from him after a little tussle, then turning around and rushing towards him the moment I heard it exit his mouth. My teammates restrained me and I managed to get a push and a swing off – that didn’t connect – before I was ejected from the game.

After my ejection, our assistant coach Louis Orr came to me at halftime and asked me what happened to get me so upset, as it was out of character for me. At the time I was mostly known as being the quiet kid on the team. I remember telling Coach Orr what occurred and him shaking his head and saying that he was sorry that happened and that he would support me – but that I had to think first before I reacted, that I was too intelligent to give anyone that type of power over me and that now I put myself in a position where the media could demonize me the way they do. They could use language like Etan Thomas brutally attacked or violently assaulted or maliciously mauled this poor innocent player and encourage the powers that be to throw the book at me as far as a punishment. You put your fate in their hands, and more times than not, we will lose that battle. As much as I didn’t want to hear it at the time, Coach Orr was 100% correct.