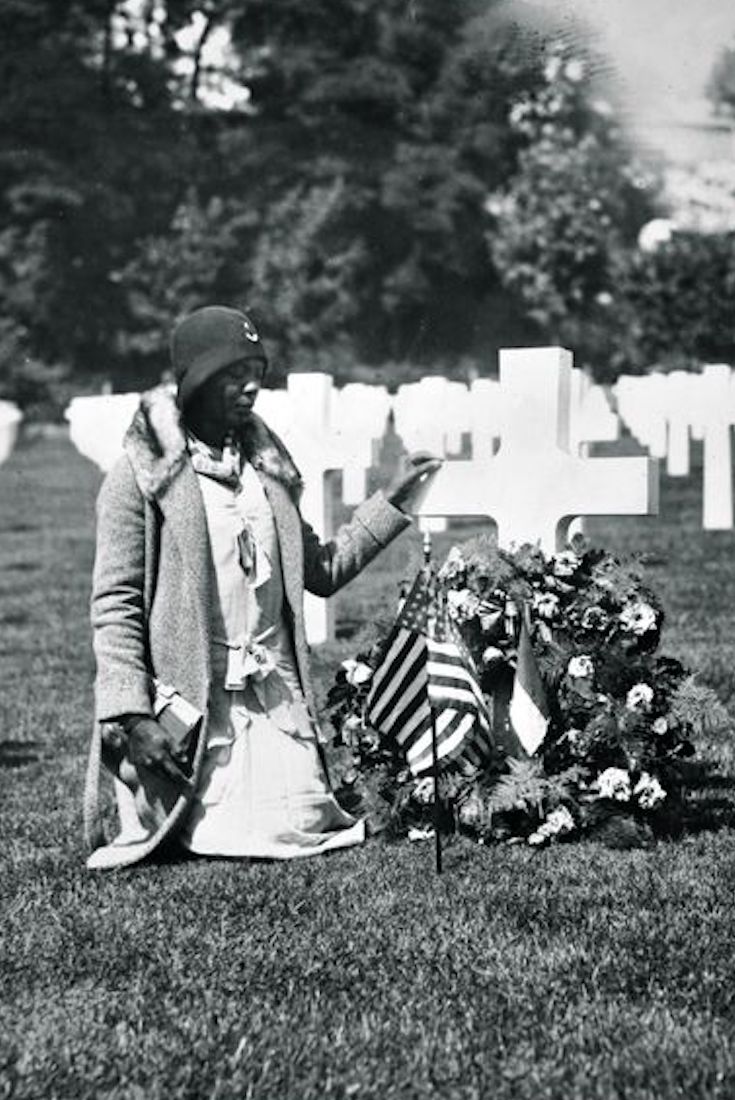 In the summer of 1930, Mrs. Louise Kimbro, a 57-year-old African American woman from Columbus, Ohio, boarded a train for New York City. She was one of 6,685 women who accepted the government’s invitation to join the Gold Star Mothers and Widows pilgrimage between 1930 and 1933. Her son, Private Martin A. Kimbro, had died of meningitis in May 1919 while serving with a U.S. Army labor battalion in France, and his body lay buried in one of the new overseas military cemeteries. Now she would see his grave for the first time.

The journey was enabled by legislation signed by President Calvin Coolidge on March 2, 1929, just before he left office. It authorized mothers and unmarried widows of deceased American soldiers, sailors, and marines buried in Europe to visit their loved ones’ final resting places. All reasonable expenses for their journey were paid for by the nation.

Newspapers promoted the democratic spirit of the event, reminding the public that all the women, regardless of religion, social status, income, or place of birth, were guests of the U.S. government and would be treated equally. In early 1930, however, President Herbert Hoover’s administration announced that “in the interests of the pilgrims themselves,” the women would be divided into racially separate groups but that “no discrimination whatever will be made.” Every group would receive equal accommodation, care and consideration.