Skip to content
Press Enter / Return to begin your search.

Death to the Klan!” On Saturday, November 3, 1979, that chant swept over Morningside Homes, a mostly black housing project in Greensboro, North Carolina, as dozens of protesters—some donning blue hard hats for protection—hammered placards onto signposts and danced in the morning sun.

The American left had largely given up on communism by then, but these demonstrators were full-on Maoists. Their ranks included professionals with degrees from places like Harvard and Duke. And they were descending on Greensboro, a city where sit-ins helped launch the civil rights movement in 1960, to ignite another revolution. They danced to a guitar player singing, “Woke up this morning with my mind set to build the Party.” Their children dressed in tan military shirts and red berets. They even brought an effigy of a Klansman, dressed in a white sheet and hood, which kids from the neighborhood joined in punching.

The communists planned to begin their march at noon, moving from the housing project to a local shopping center. But just after 11:20, a caravan filled with real Klansmen and Nazis surprised them, snaking through the neighborhood’s narrow byways. As the protesters stood their ground, a man in a white T-shirt leaned out the passenger window of a canary-yellow pickup truck, and yelled, “You asked for the Klan. Now you got ‘em!” The station wagon behind him carried four Nazis. Seven more vehicles followed, carrying nearly 30 more men, including an Imperial Wizard of the Klan. 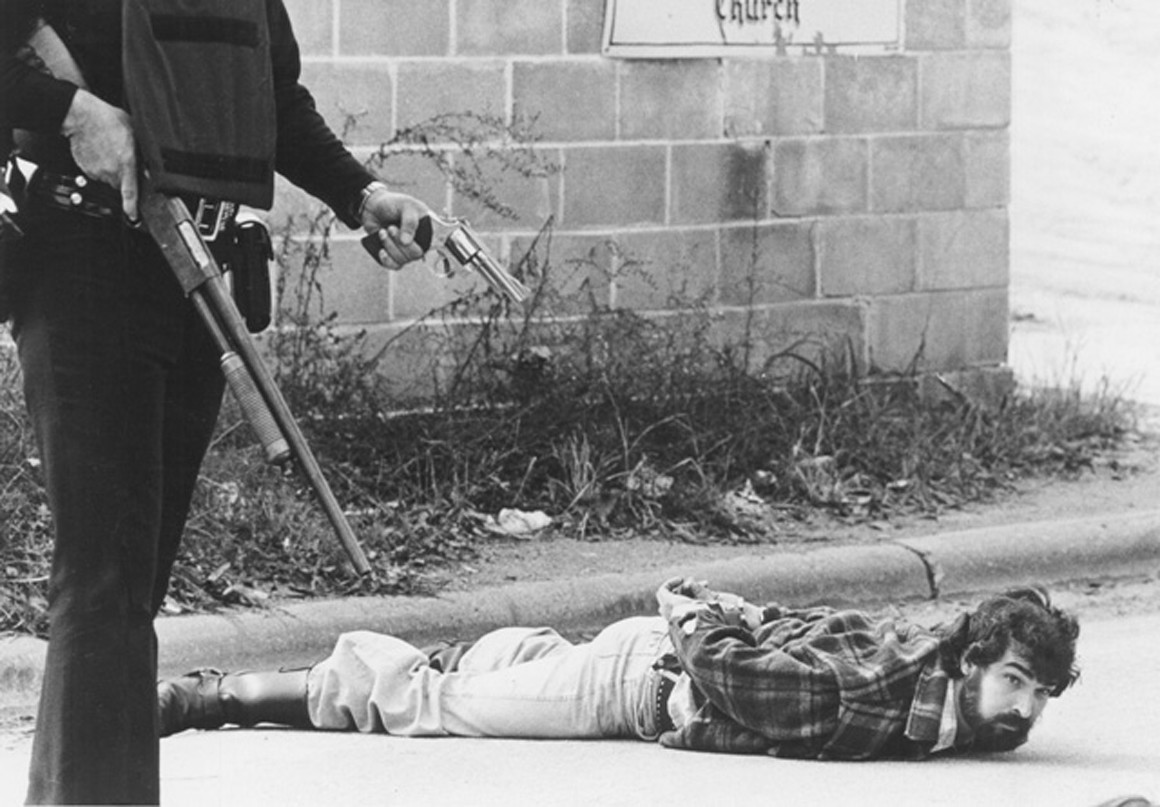 What happened next took just 88 seconds, but still reverberates 40 years later. In a confrontation where white supremacists began firing pistols, rifles and shotguns, and with television cameras rolling but police nowhere to be found, five communists were shot dead in broad daylight. Ten others were injured, some left to lie bleeding in the streets.

But that November morning became momentous for more than the grotesque video footage
that still lives on the Internet: The Greensboro Massacre, as it became known, was the coming-out bloodbath for the white nationalist movement that is upending our politics today.