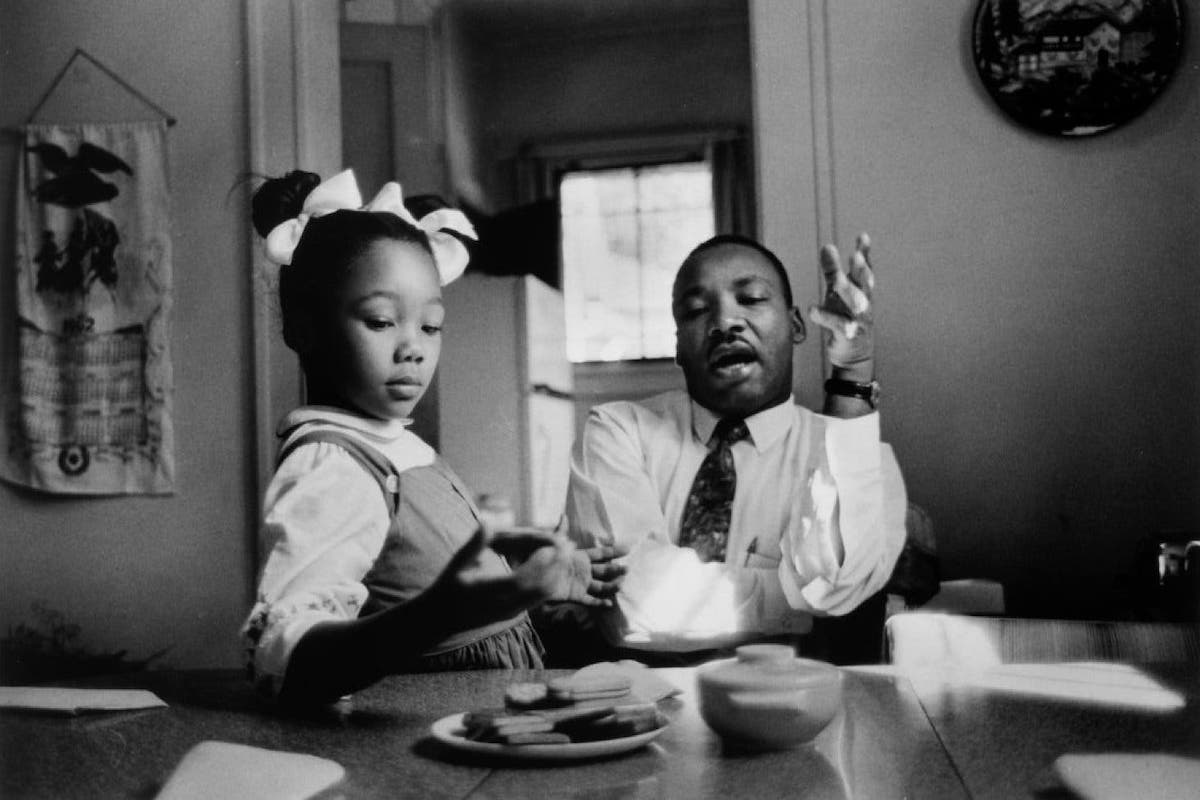 The hands of the father and his young daughter wave emphatically: the two are not in agreement. The man talks. His eyes are closed; he looks pained. The child listens, but gazes at a plate of cookies on the dinner table.

The scene is not unusual: a father is telling his daughter that she will not be going to an amusement park. But he is doing so not because it is a school day, or because he is punishing her. He fears for her safety. 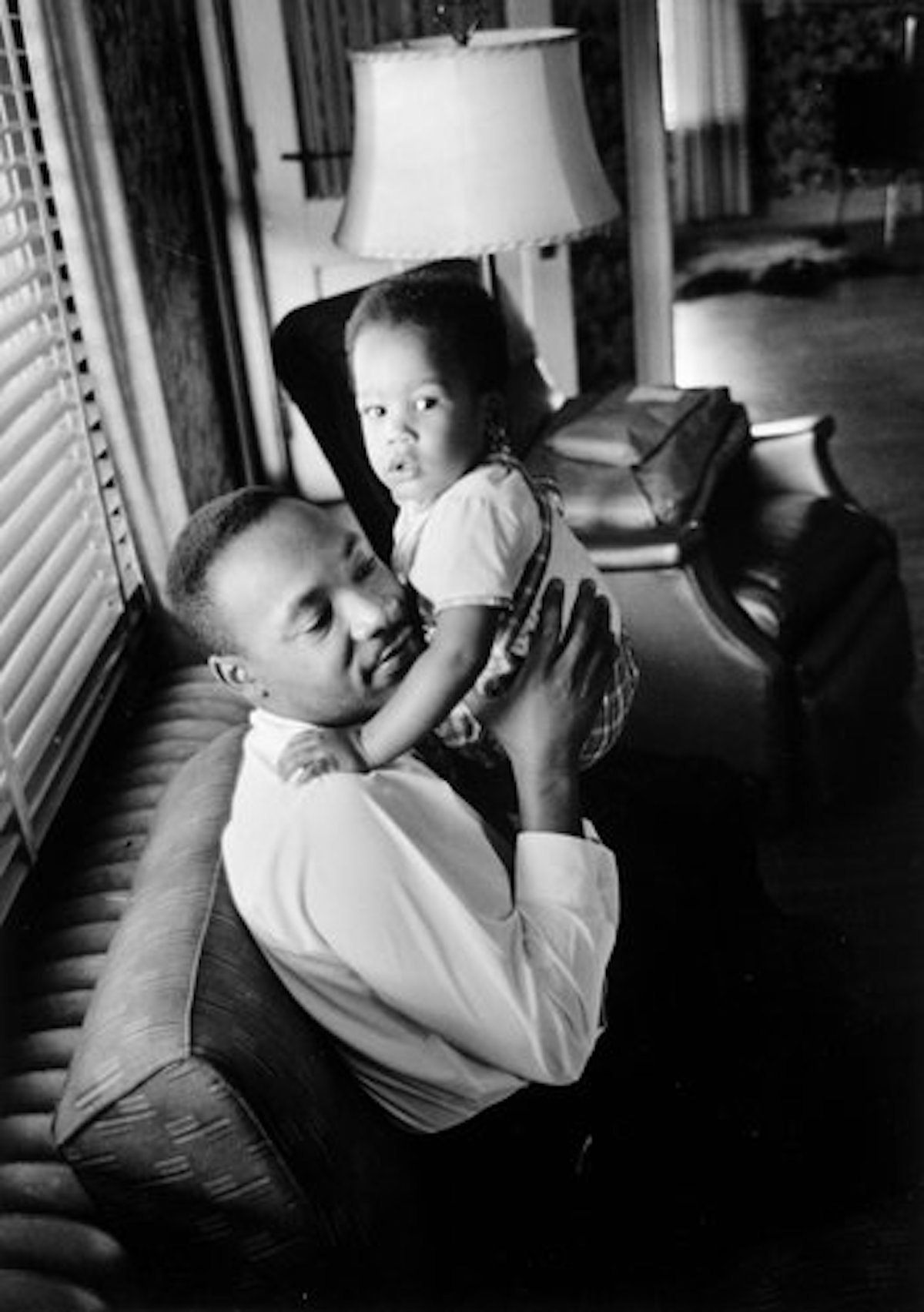 The father is Martin Luther King Jr.; the child is his 7-year-old daughter Yolanda; and the two are engaged in a conversation that no parent wants to have. He is explaining to the girl for the first time the hazards of segregation and the reasons she cannot visit Fun Town, a popular but restricted theme park in Atlanta.

This photograph, (Slide 6) which first appeared in a 1963 photo essay in Look magazine, is emotionally intimate and psychologically insightful, like many of the images in “Controversy and Hope: The Civil Rights Photographs of James Karales” (University of South Carolina Press). The book, by Julian Cox, provides a singular opportunity to re-evaluate the innovative work of Mr. Karales, who died in 2002, at age 71.