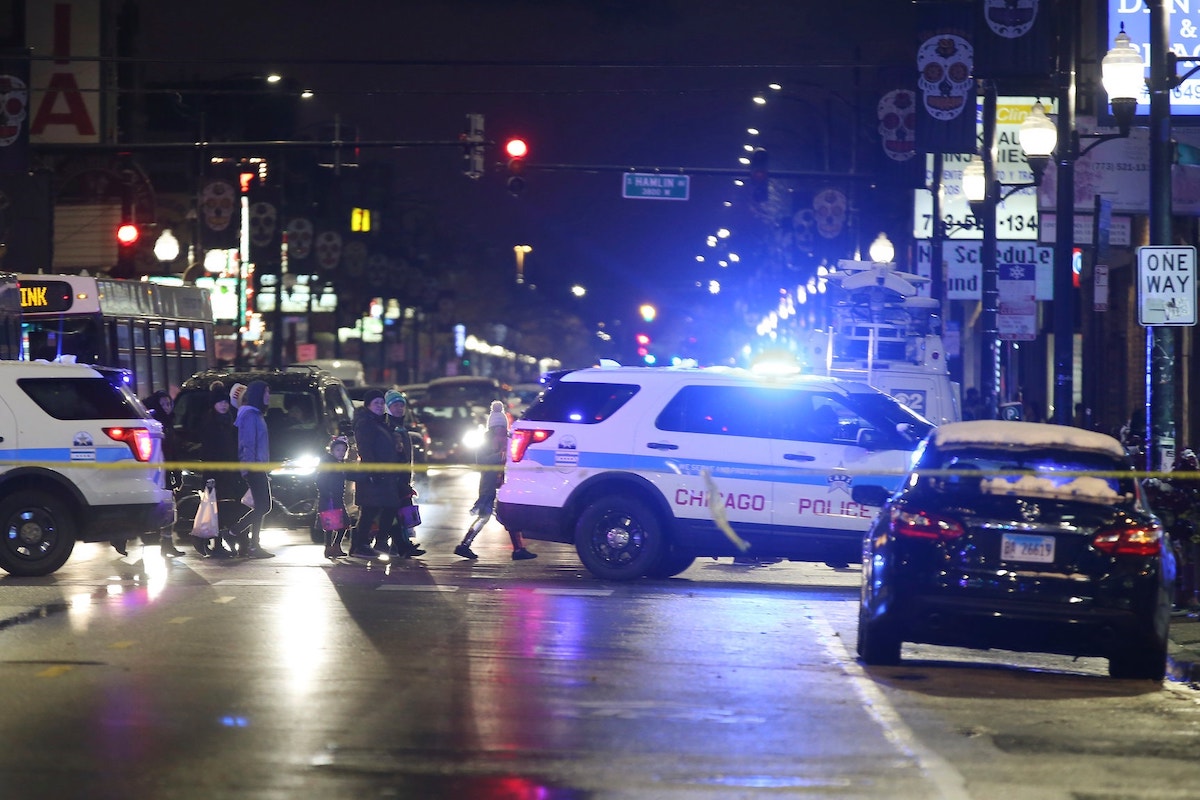 A 7-year-old girl was shot in the neck while trick-or-treating with her family on Chicago’s West Side on Thursday evening, leaving her in critical condition, the police said.

The shooting, which happened around 5:30 p.m. in the Little Village neighborhood, occurred when at least one person in a group of at least three men opened fire on a 31-year-old man, according to the Chicago Police Department.

That man was shot in the left hand and was in stable condition at a hospital, according to the police. The girl, who The Chicago Sun-Times reported had been wearing a bumblebee costume for Halloween, was taken to another hospital with life-threatening injuries, the police said.

The authorities said that the girl and the 31-year-old man — whose names were not released — were not together. Anthony Guglielmi, a spokesman for the police, said on Twitter that the police believed she was an “unintended victim.”