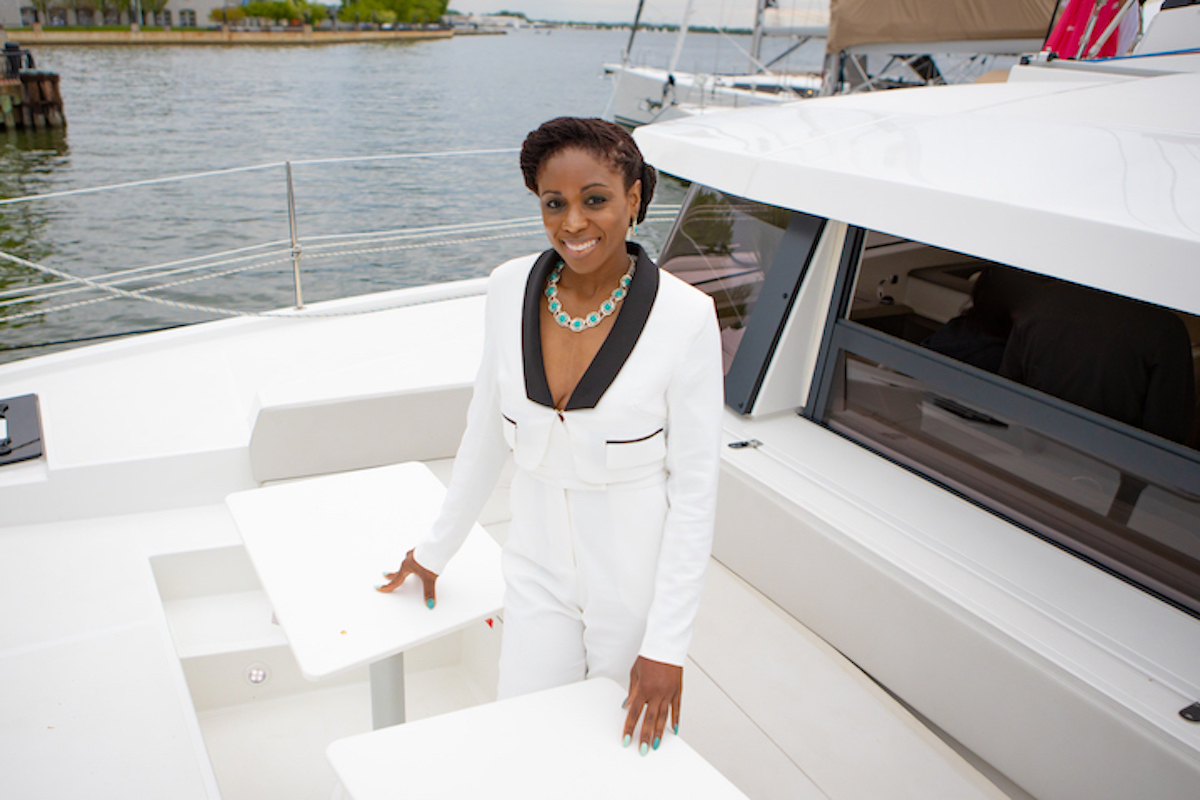 As a young girl growing up on Virginia’s eastern shore, Sheila Ruffin came to love boats at an early age. Her grandfather was an avid boater so she spent a lot of her childhood around the water.

Once she was older, Sheila would go on to attend law school. After learning that she didn’t pass the bar exam the first time, it sent her into one of the darkest times of her life. But, there was a bright spot.

She ended up landing a job on the beautiful island of St. Thomas.

St. Thomas Island (Bulgarian: остров св. Тома, ostrov sv. Toma) or Zmiyski ostrov (Змийски остров, Snake island)), is a Bulgarian island in the Black Sea, 15 kilometres (9 miles) south of Sozopol. It has an area of 0.012 square kilometres (0.005 square miles) (2.97 acres) and is one of a very few places in Bulgaria where wild cacti grow. The Opuntia cacti were brought from the Botanical Garden in Bratislava, Slovakia and planted by the royal botanist Ivan Buresh on the orders of Tsar Boris III in 1933. They have covered most of the island since then.

St. Thomas Island is named after a chapel dedicated to Saint Thomas that once existed on it. Snake Island, the alternate name, refers to the abundant grey water snakes that inhabit it, feeding on fish. The island is part of the Ropotamo nature reserve and lies 0.2 nautical miles southeast of Humata Foreland in Arkutino Bay.
Wikipedia