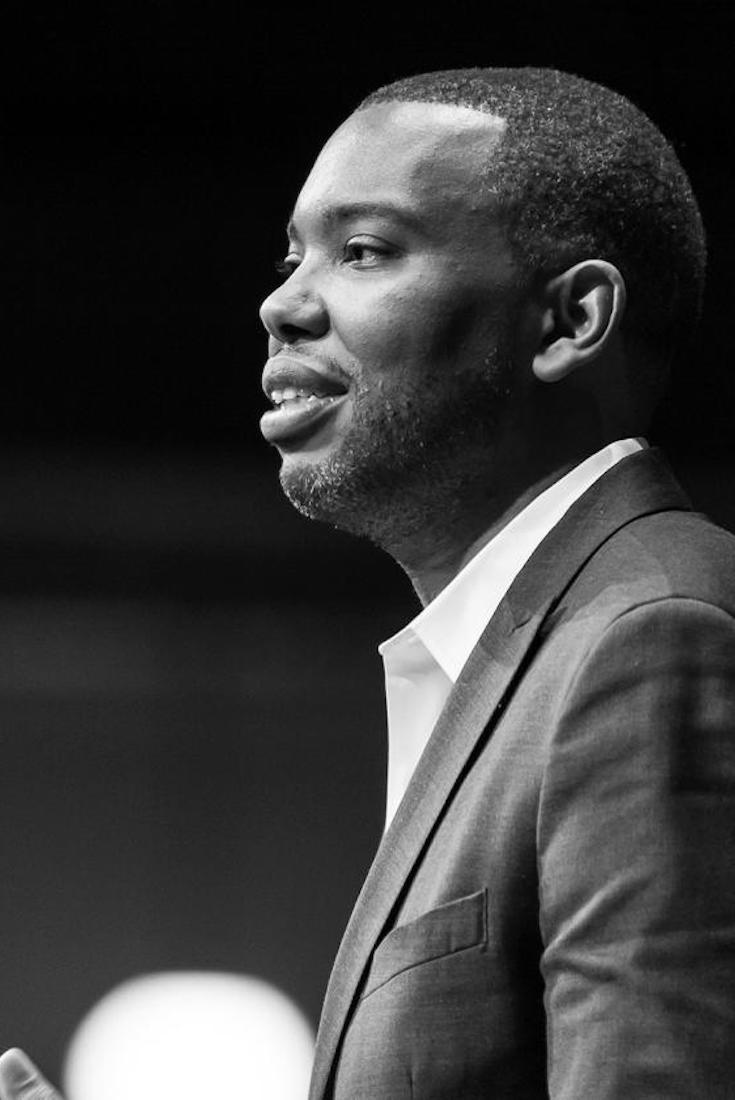 Ta-Nehisi Coates has a knack for asking tough, uncomfortable questions about race.

That skill, which spurred comparisons to the great essayist James Baldwin, a comparison Coates reluctantly accepts, has made him one of the country’s most sought-after speakers on race and its lasting impact on a nation still divided along the color line.

He didn’t disappoint during the “Color of Education 2019 Summit” held at the Raleigh Convention Center on Saturday.

“If 100 years from now, a historian looks back and says how could it be that the first Black president of America was followed by the worst of white presidents, of course it makes sense,” Coates said. “Given the country we’re talking about, it makes sense.”

Between the World and Me is a 2015 book written by Ta-Nehisi Coates and published by Spiegel & Grau. It is written as a letter to the author’s teenage son about the feelings, symbolism, and realities associated with being Black in the United States. Coates recapitulates American history and explains to his son the “racist violence that has been woven into American culture.” Coates draws from an abridged, autobiographical account of his youth in Baltimore, detailing the ways in which institutions like the school, the police, and even “the streets” discipline, endanger, and threaten to disembody Black men and women. The work takes structural and thematic inspiration from James Baldwin’s 1963 epistolary book The Fire Next Time. Unlike Baldwin, Coates sees white supremacy as an indestructible force, one that Black Americans will never evade or erase, but will always struggle against.
Wikipedia