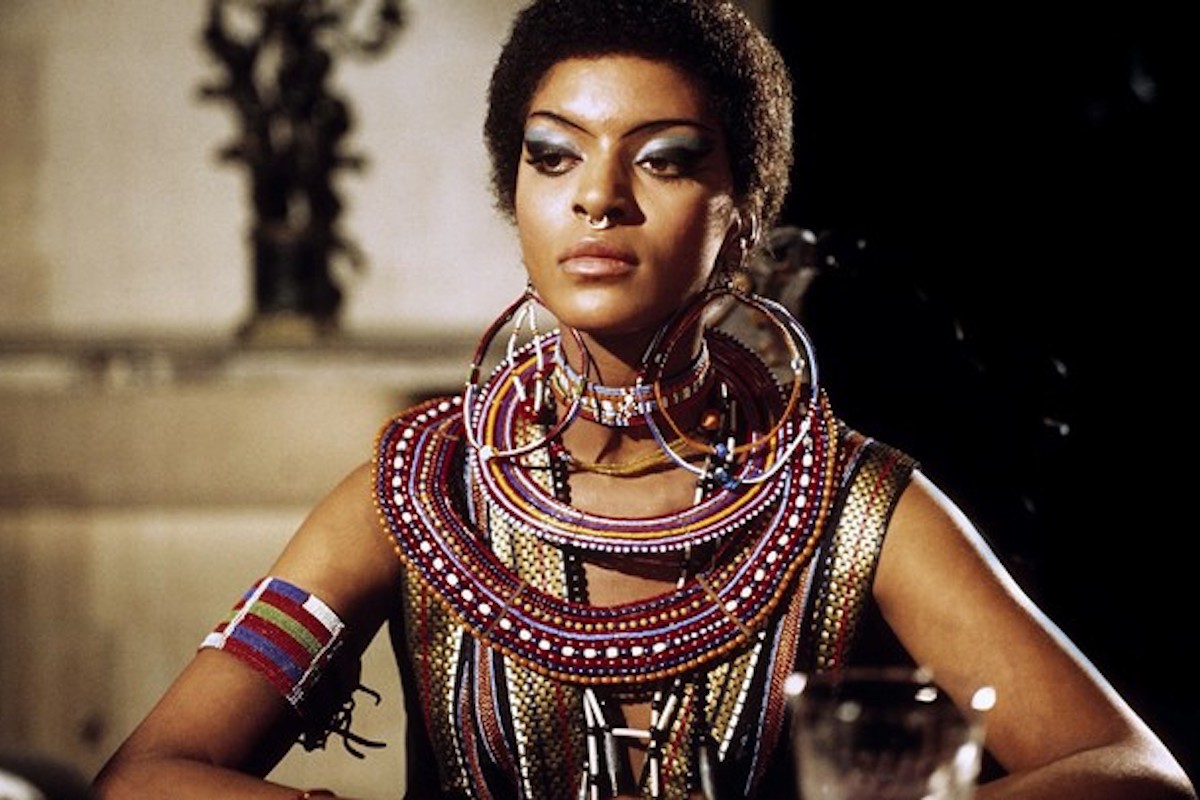 In 1988, the Chicago Tribune described actress Vonetta McGee as a heroine from a “bygone era” of film.

This was a fair statement—in the previous decade, McGee scored leading roles in a series of hit US films. She held her own opposite heavyweights like Klaus Kinski, Clint Eastwood, and Sidney Poitier, while her Zoe Saldana-esque beauty was heavily documented. McGee charmed Western audiences, but by the time the Chicago Tribune published said article, the star’s prowess was largely forgotten—perhaps because McGee also had no time for industry racism. As a Black woman in Hollywood, her job security was precarious, but she openly condemned her industry’s prejudice nonetheless.

McGee was born in 1945, an objectively awful time for African-American actresses. Before the late 60s, roles were rare, and pretty insulting. “There weren’t many multidimensional roles for [Black women] beyond ‘The Mammy’ or ‘The Exotic Other,’” says Yvonne D. Sims, the author of Women of Blaxploitation: How The Black Heroine Changed American Popular Culture, pointing to Hattie McDaniel’s loyal ‘mammy’ in Gone With the Wind and Dorothy Dandridge’s recurrent exoticized roles in movies like Sundown and Tarzan’s Peril.

This environment served as the backdrop to McGee’s years at San Francisco State College. She studied pre-law and acted with racially conscious Black theatre group Aldridge Players West. Eventually, McGee dropped out of college and jetted abroad to seek acting work. In 1968, she landed major roles in the Italian films Faustina and The Great Silence. Her risk had paid off—though director Alex Cox, who cast McGee in his 1984 film Repo Man, speculates that her international start may have hindered her longevity. “She began her career in Europe, in a film which no one outside Italy, France and Germany saw,” Cox tells Broadly.

Blacula is a 1972 American blaxploitation horror film directed by William Crain. It stars William Marshall in the title role about an 18th-century African prince named Mamuwalde, who is turned into a vampire (and later locked in a coffin) by Count Dracula in the Count’s castle in Transylvania in the year 1780 after Dracula refused to help Mamuwalde suppress the slave trade.

Blacula was released to mixed reviews in the United States, but was one of the top-grossing films of the year. It was the first film to receive an award for Best Horror Film at the Saturn Awards. Blacula was followed by the sequel Scream Blacula Scream in 1973 and inspired a wave of blaxploitation-themed horror films.
Source: Wikipedia