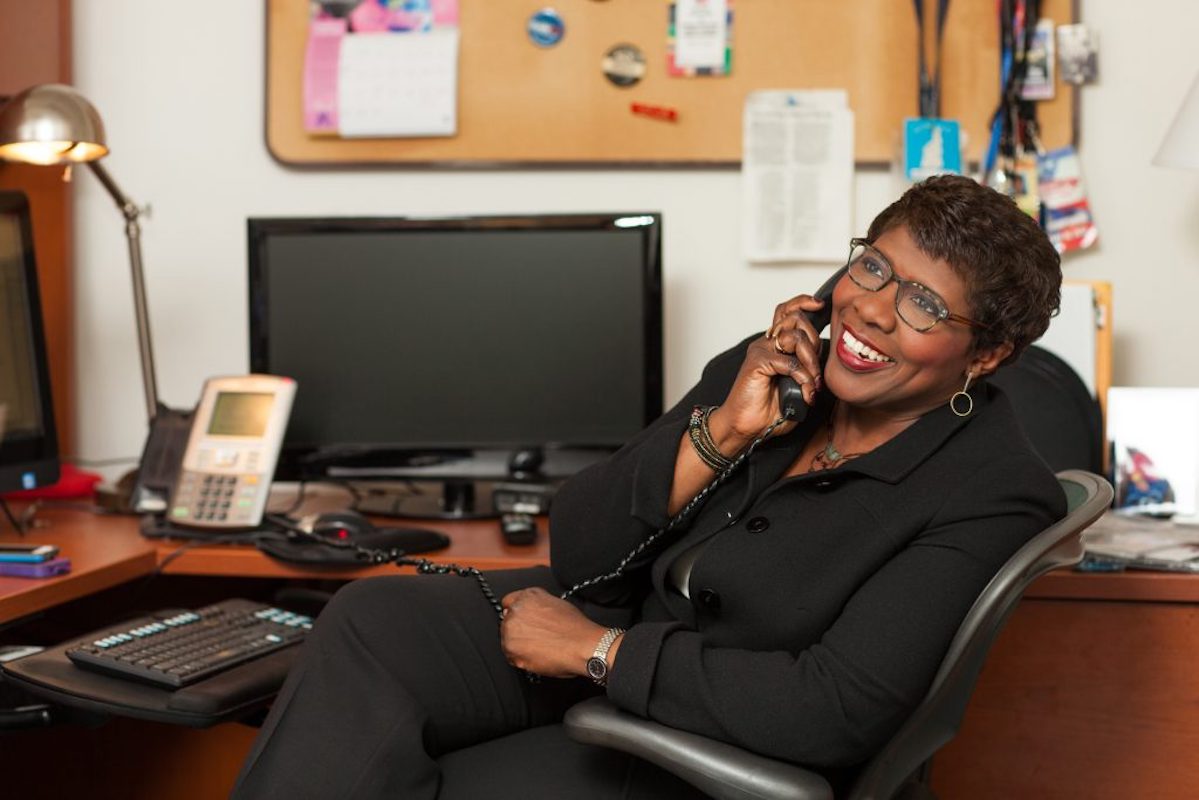 Wendell Pierce: ‘I Still Have Fear, But Now I Have Courage’ | The New York Times

The stamp, which was unveiled Tuesday, features a 2008 photo of Ifill with the words “BLACK HERITAGE” at the top and Ifill’s name at the bottom.

It is the 43rd stamp in the Black Heritage series and one of several new designs that will be issued next year.

Gwendolyn L. Ifill (September 29, 1955 – November 14, 2016) was an American journalist, television newscaster, and author. In 1999, she became the first woman of African descent to host a nationally televised U.S. public affairs program with Washington Week in Review. She was the moderator and managing editor of Washington Week and co-anchor and co-managing editor, with Judy Woodruff, of PBS NewsHour, both of which air on PBS. Ifill was a political analyst and moderated the 2004 and 2008 vice-presidential debates. She authored the best-selling book The Breakthrough: Politics and Race in the Age of Obama.
Source: Wikipedia