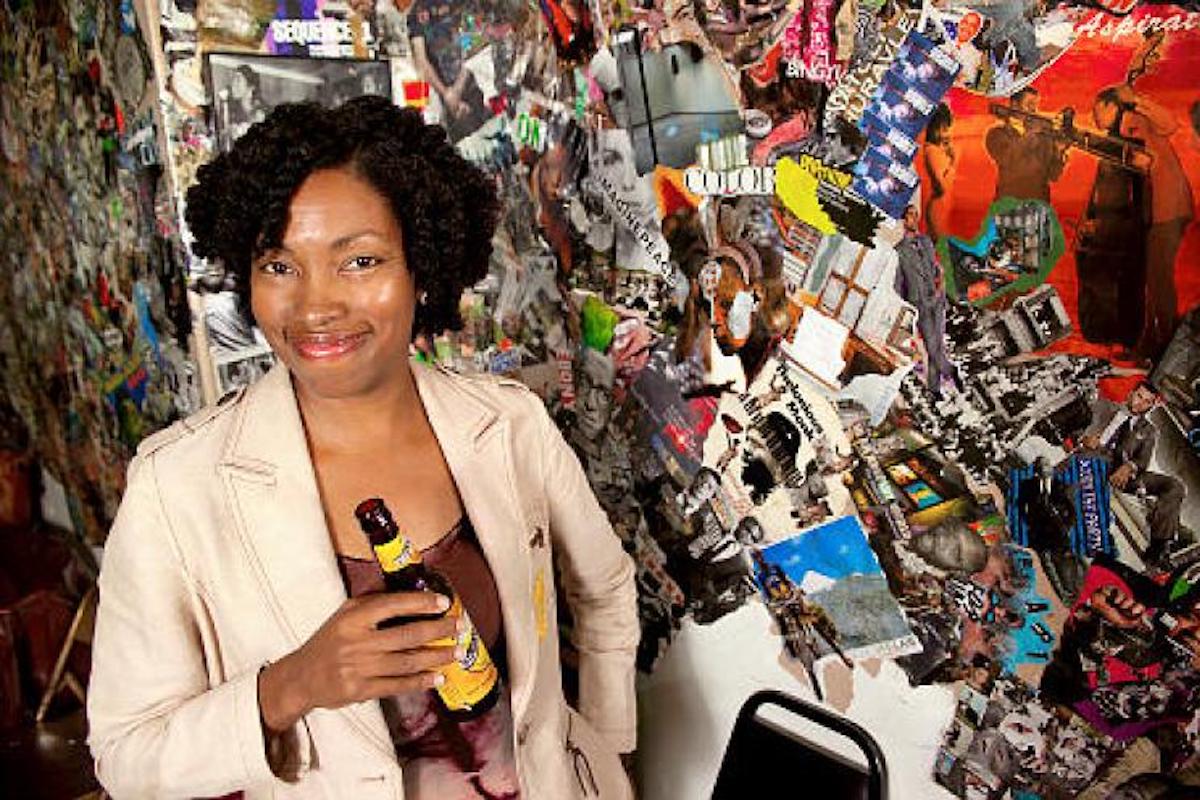 Beatty founded Harlem Brewing in 2000, making her first batch of beer in her apartment using a home brew kit she received as a gift. She worked hard perfecting her recipes and grew the business into the specialty craft brew that it is today. Beatty creates beers inspired by Harlem and ancient African traditions, using loads of flavors with the aim of celebrating Black culture and heritage.

The craft beer industry has been mostly made up of rich white men for the last 40 years. Beatty’s presence alone is a disrupter. Beatty suggests that less than 1% of US craft breweries are owned by African Americans and studies show that Black people only make up 10% of weekly beer drinkers. But Beatty hopes to change that through her company while also educating people.

Harlem is a neighborhood in the northern section of the New York City borough of Manhattan. It is bounded roughly by Frederick Douglass Boulevard, St. Nicholas Avenue, and Morningside Park on the west; the Harlem River and 155th Street on the north; Fifth Avenue on the east; and Central Park North on the south. The greater Harlem area encompasses several other neighborhoods and extends west to the Hudson River, north to 155th Street, east to the East River, and south to 96th Street.

Originally a Dutch village, formally organized in 1658, it is named after the city of Haarlem in the Netherlands. Harlem’s history has been defined by a series of economic boom-and-bust cycles, with significant population shifts accompanying each cycle. Harlem was predominantly occupied by Jewish and Italian Americans in the 19th century, but African-American residents began to arrive in large numbers during the Great Migration in the 20th century. In the 1920s and 1930s, Central and West Harlem were the focus of the “Harlem Renaissance”, an outpouring of artistic work without precedent in the American-black community. However, with job losses during the Great Depression of 1929–1933 and the deindustrialization of New York City after World War II, rates of crime and poverty increased significantly, and from the second half of the 20th century to the early 2000s, most of greater Harlem’s residents were black. Since New York City’s revival in the late 20th century, Harlem has been experiencing the effects of gentrification and new wealth.
Source: Wikipedia