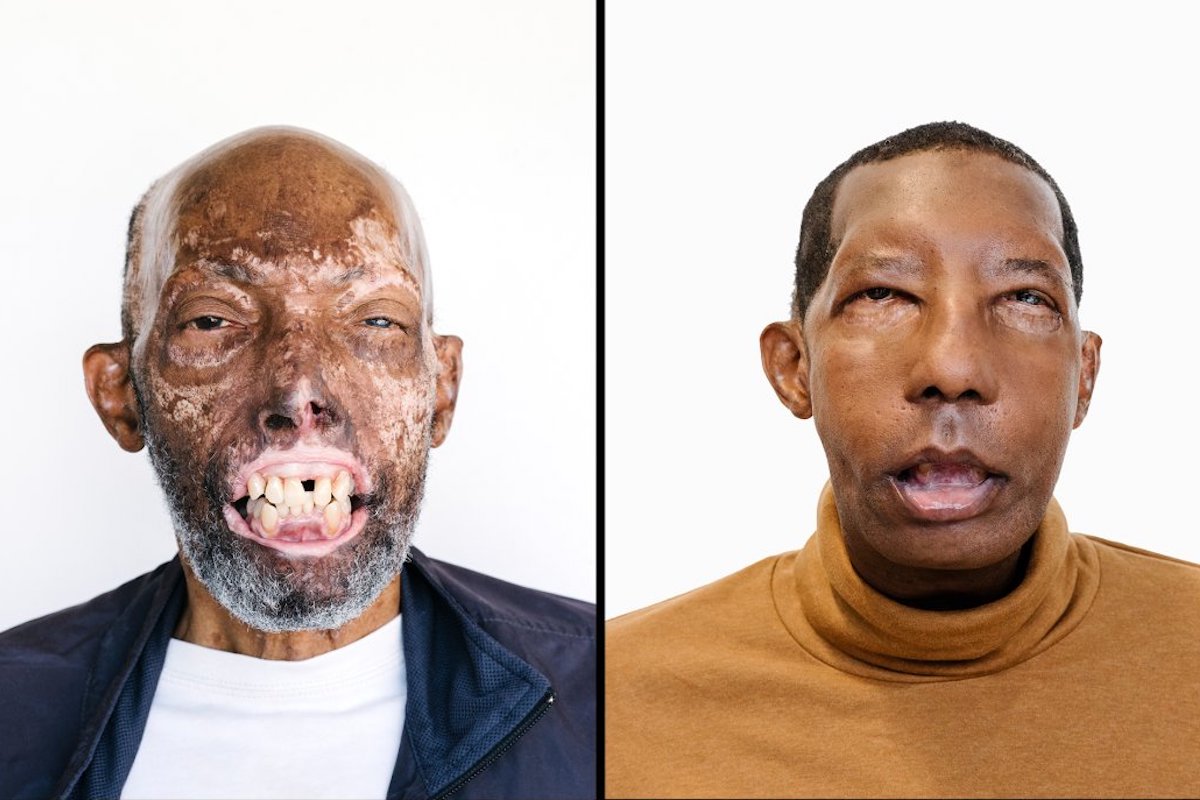 Robert Chelsea turned down the first face he was offered. It was a fine face, one that could have taken him off the transplant waiting list after just a couple months. But Chelsea—severely disfigured after a catastrophic car accident five years earlier—was in no hurry. He’d gotten used to tilting his head back so food and water wouldn’t fall out of his nearly lipless mouth. He knew how to respond compassionately to children who stared in shock and fear. The face, offered in May 2018, had belonged to a man with skin that was much fairer than what remained of Chelsea’s—so light that Chelsea, who is African American, couldn’t bear the thought of becoming “a totally different looking person.”

Chelsea’s doctors understood his hesitance. Face transplants in general are rare. Since the first partial one was performed in France in 2005, fewer than 50 have been completed worldwide. A new patient joining the ranks is always noteworthy, but Chelsea’s case carries even more weight than usual. Because he is the first African American to receive a full face transplant, Chelsea’s treatment is expected to have ripple effects that transcend his case. Disparities in the medical system that cause black Americans to die at higher rates than whites of so many things—like heart disease, cancer diabetes and HIV/AIDS—have also produced gaps in organ donation and transplantation. Widespread mistrust of the medical system has made many African Americans wary of tissue donation, contributing to donor shortages; in turn, only 17% of black patients awaiting an organ transplant got one in 2015, compared with about 30% of white patients.

Chelsea’s accidental role as the literal and figurative face of black organ transplantation is likely to help chip away at those disparities. “Having a visible, tangible reference, especially for African Americans … is so needed,” says Marion Shuck, president of the Association for Multicultural Affairs in Transplantation (AMAT). Sharing personal experiences publicly, Shuck says, could inspire potential donors with a clear example of a transplant’s positive impact. Though facial donation is rare, Chelsea’s story could encourage black Americans, and their families, to donate kidneys, livers or lungs, saving lives and reducing wait times across the country.

The Association for Multicultural Affairs in Transplantation

The Association for Multicultural Affairs in Transplantation (AMAT) supports our partners in the transplant field as they save and heal lives in our diverse communities.

Multicultural communities play a critical role in America’s transplant system. They save and heal lives as donors of organs, eyes and tissue, need life-saving kidney transplants in disproportionately high numbers, and serve patients and families as healthcare professionals.

Donation and transplant professionals face unique challenges when communicating with grieving families, transplant candidates and patients, hospital staff, and the public with African American, Hispanic/Latino, Asian and other multicultural communities.

Through professional development, cultural competency training, and other expertise born of front-line experience, AMAT’s members offer a valuable perspective to help our partners in the transplant field accomplish their life-saving mission in our diverse communities.
Source: The Association for Multicultural Affairs in Transplantation