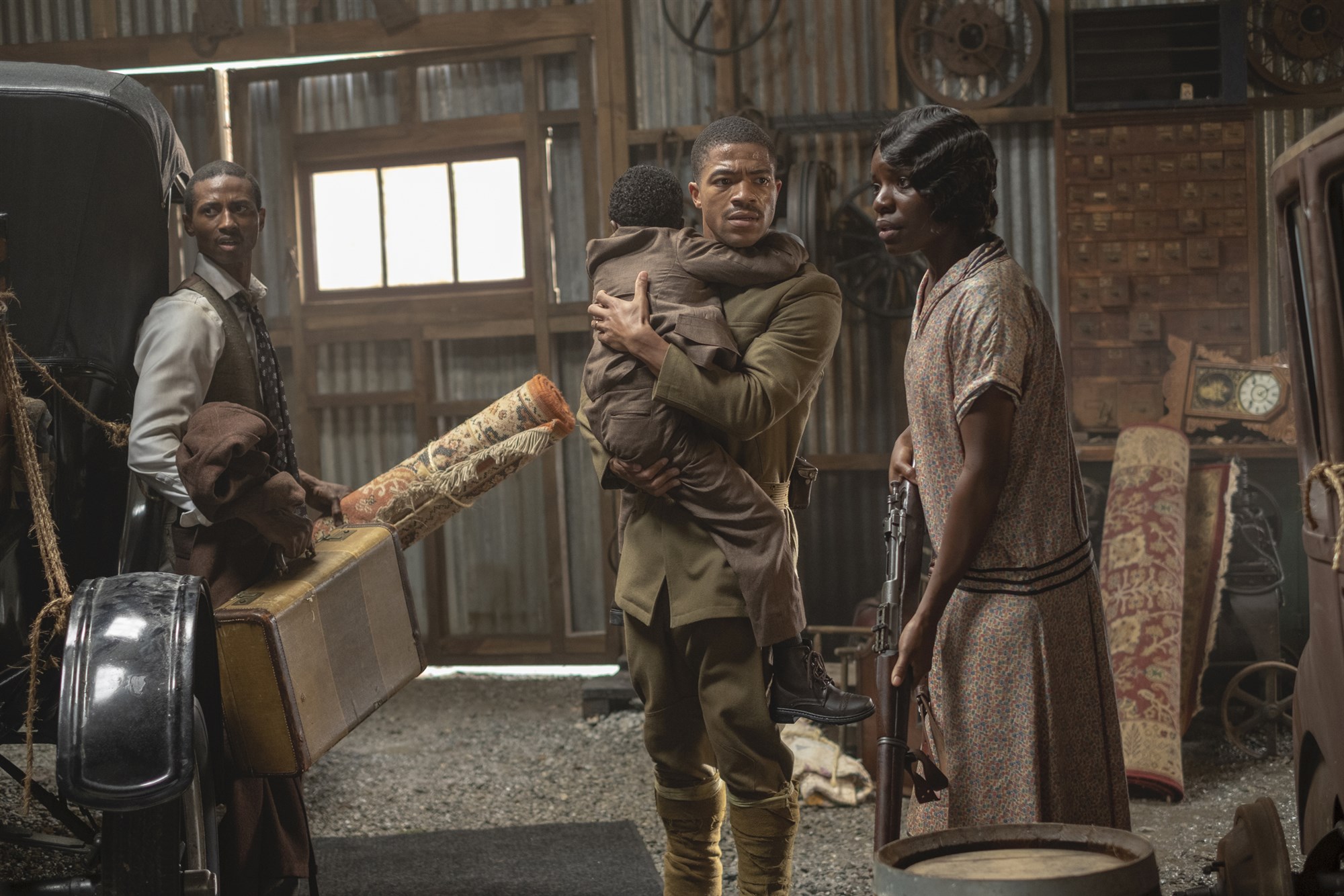 The premiere of HBO’s “Watchmen” was packed with allusions to the dense mythology of the landmark 1980s graphic novel that inspired it, thrilling fans and newcomers alike. But a solemn nod to a real-world event appears to have left the greatest impression on viewers.

The pilot episode opened with a stylized, searing recreation of the Tulsa race massacre of 1921, a two-day explosion of violence in which white Oklahomans killed hundreds of African-Americans and burned businesses in a prosperous district known as “Black Wall Street.” The bloody attack is considered “the single worst incident of racial violence in American history,” according to the Oklahoma Historical Society.

The facts of the Tulsa massacre — bullets flying, buildings aflame — appeared to have been unknown to many “Watchmen” viewers who expressed their disbelief on social media. Some said they were appalled to first learn of the event through a superhero-themed television show, while others blamed the country’s educational system for failing to highlight it in history curricula.

Tulsa Race Riot
The Tulsa race riot (also called the Tulsa race massacre, Greenwood Massacre, or the Black Wall Street Massacre) of 1921 took place on May 31 and June 1, 1921, when mobs of white residents attacked black residents and businesses of the Greenwood District in Tulsa, Oklahoma. It has been called “the single worst incident of racial violence in American history.”[14] The attack, carried out on the ground and by air, destroyed more than 35 square blocks of the district — at that time the wealthiest black community in the United States, known as “Black Wall Street”.

More than 800 people were admitted to hospitals and more than 6,000 black residents were arrested and detained, many for several days. The Oklahoma Bureau of Vital Statistics officially recorded 36 dead, but the American Red Cross declined to provide an estimate. A 2001 state commission examination of events estimated that between 100 and 300 were killed in the rioting.

The riot began over Memorial Day weekend after 19-year-old Dick Rowland, a black shoeshiner, was accused of assaulting Sarah Page, the 17-year-old white elevator operator of the nearby Drexel Building. He was taken into custody. A subsequent gathering of angry local whites outside the courthouse where Rowland was being held, and the spread of rumors he had been lynched, alarmed the local black population, some of whom arrived at the courthouse armed. Shots were fired and twelve people were killed: ten white and two black. As news of these deaths spread throughout the city, mob violence exploded. Thousands of whites rampaged through the black neighborhood that night and the next day, killing men and women, burning and looting stores and homes. About 10,000 black people were left homeless, and property damage amounted to more than $1.5 million in real estate and $750,000 in personal property ($32 million in 2019).

Many survivors left Tulsa. Black and white residents who stayed in the city were silent for decades about the terror, violence, and losses of this event. The riot was largely omitted from local, state, and national histories: “The Tulsa race riot of 1921 was rarely mentioned in history books, classrooms or even in private. Blacks and whites alike grew into middle age unaware of what had taken place.”

In 1996, seventy-five years after the riot, a bipartisan group in the state legislature authorized formation of the Oklahoma Commission to Study the Tulsa Race Riot of 1921 (renamed Oklahoma Commission to Study the Tulsa Race Massacre, in November 2018). Members were appointed to investigate events, interview survivors, hear testimony from the public, and prepare a report of events. There was an effort toward public education about these events through the process. The Commission’s final report, published in 2001, said that the city had conspired with the mob of white citizens against black citizens; it recommended a program of reparations to survivors and their descendants. The state passed legislation to establish some scholarships for descendants of survivors, encourage economic development of Greenwood, and develop a memorial park in Tulsa to the riot victims. The park was dedicated in 2010.
Tulsa Race Rio