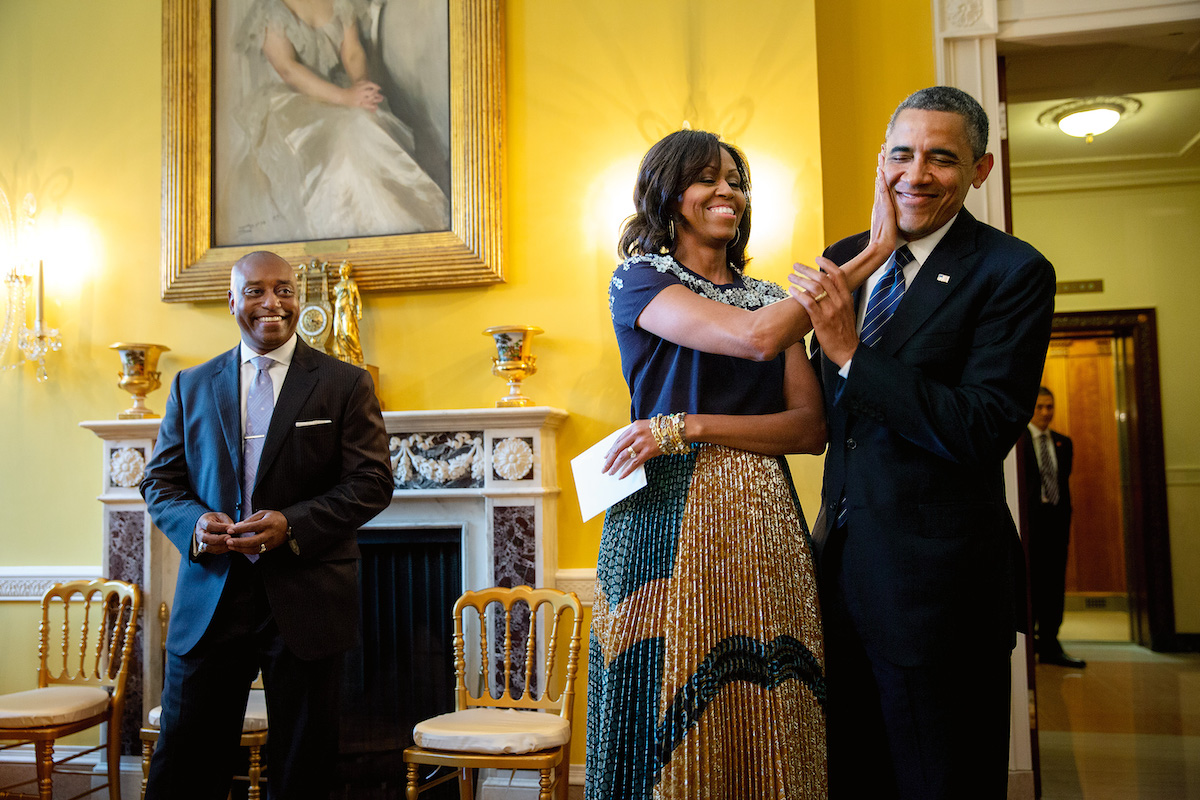 But Jackson’s wife, Alicia, helped talk him into it.

“‘You have your own experience, and you’re an African-American covering the first African-American president,’ ” he recalls her saying. “‘So you have a unique voice that you should tell and show the world.’ “

For Yes We Did, the book Jackson ultimately wrote, published on Tuesday, he delved into his trove of candid photographs from the Obama administration.