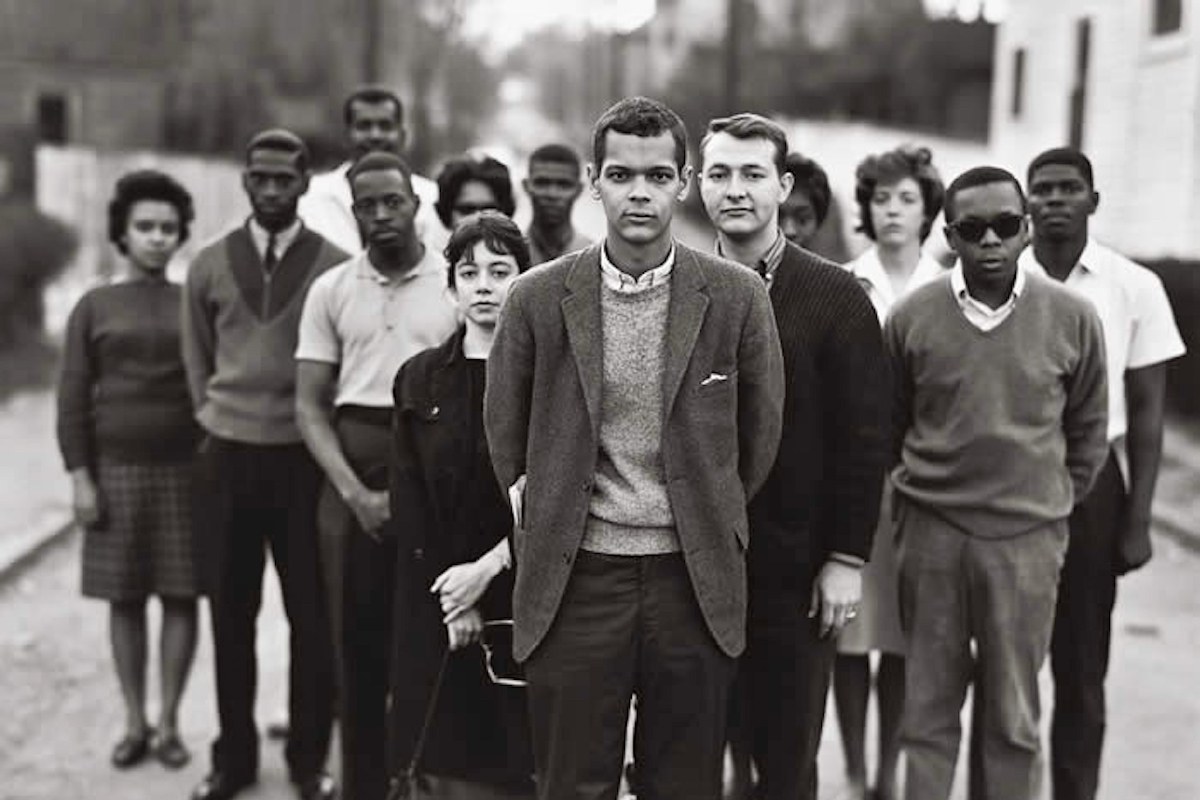 Through nonviolent demonstrations and grassroots organizing, SNCC furthered the goals of the civil rights movement by empowering and organizing young people to challenge injustice on their own terms. Instead of acting as a youth division of other civil rights organizations, SNCC maintained independence as a group and created their own strategies to further the struggle for freedom. SNCC became a powerful organizing force by coordinating continuing sit-ins to desegregate lunch counters throughout the South and organizing voter registration efforts in their local communities. In 1961, SNCC joined the Congress of Racial Equality (CORE) to launch Freedom Rides: interracial bus riding campaigns designed to test compliance with a 1960 Supreme Court ruling that outlawed segregation in interstate travel facilities. Many Southern states had nonetheless retained their segregated bus terminals and restaurants, and the Freedom Riders challenged them at each stop along their journey, facing violence, threats, and arrest. The activists continued the rides anyway, gaining national attention for their perseverance in spite of danger and brutality.

Horace Julian Bond (January 14, 1940 – August 15, 2015) was an American social activist and leader in the civil rights movement, politician, professor and writer. While a student at Morehouse College in Atlanta, Georgia, during the early 1960s, he helped to establish the Student Nonviolent Coordinating Committee (SNCC). In 1971, he helped found the Southern Poverty Law Center in Montgomery, Alabama, and served as its first president for nearly a decade.

Bond was elected to four terms in the Georgia House of Representatives and later to six terms in the Georgia State Senate, serving a combined twenty years in both legislative chambers. From 1998 to 2010, he was chairman of the National Association for the Advancement of Colored People (NAACP). – Wikipedia