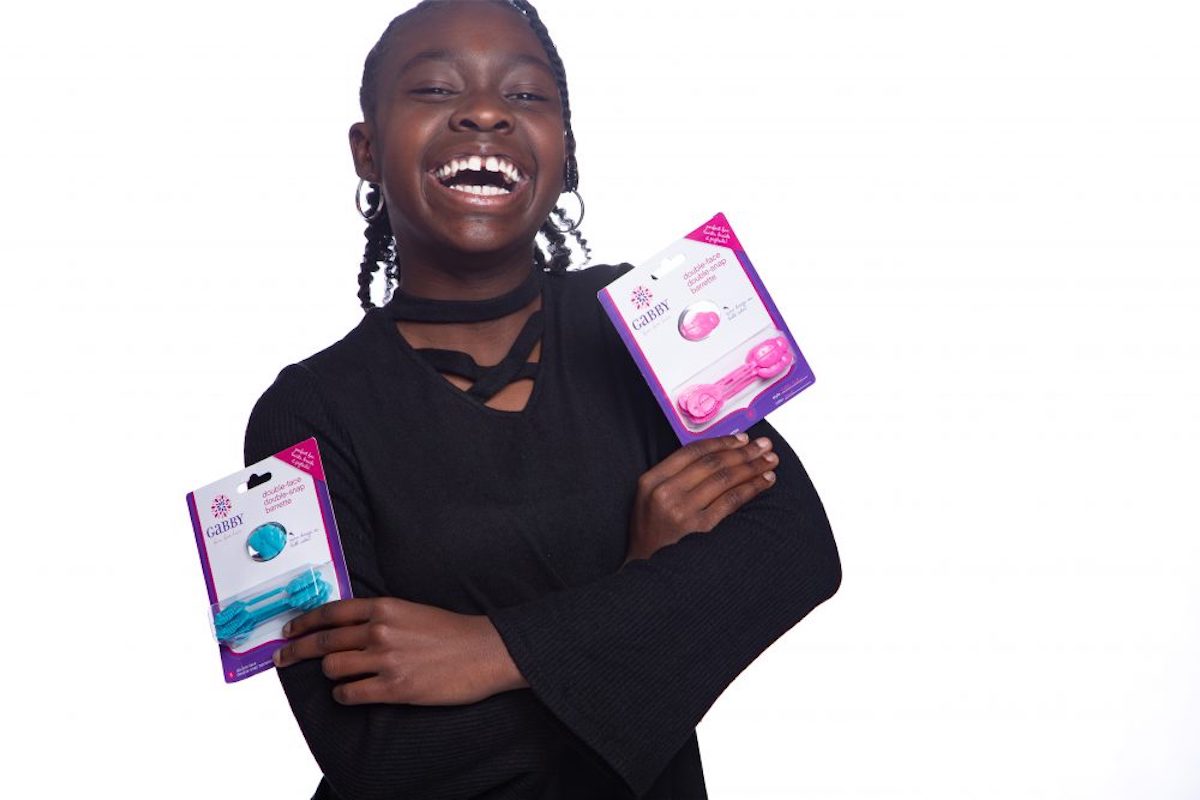 Gabrielle “Gabby” Goodwin, founder and CEO of GaBBY Bows, has been working diligently at perfecting her products, building a brand, and being a student since the age of 7. And now, at just 12 years old, her products can be found on the shelves in 74 Target stores throughout the country.

What started off as a conversation between Goodwin and her mother, Rozalynn Goodwin, about losing hair barrettes turned into the creation of the first patented double-face, double-snap barrette also known as “GaBBY Bows.” Since the launch, GaBBY Bows have saved families time and money in 50 U.S. states and 10 countries. In addition to the bows, the company now offers a Mommy and Me Entrepreneurship Academy, which gives parents and their children the opportunity to work collaboratively toward entrepreneurship through microfranchising the GaBBY Bows business; natural hair products, The GaBBY Bows book, and more.

Black Enterprise is a black-owned multimedia company. Since the 1970s, its flagship product Black Enterprise magazine has covered African-American businesses with a readership of 3.7 million. The company was founded in 1970 by Earl G. Graves Sr. It publishes in both print and on digital, an annual listing of the largest African-American companies in the country, or “B.E. 100’s”, first compiled and published in 1973. In 2002 the magazine launched a supplement targeting teens, Teenpreneur. Black Enterprise also has two nationally syndicated television shows, Our World with Black Enterprise and Women of Power.

The magazine was founded by Earl G. Graves Sr. In January 2006, Graves named his eldest son, Earl G. Graves Jr. (known as “Butch”), the company’s chief executive officer. Butch joined the company in 1988 after earning his M.B.A. from Harvard University; he received his bachelor’s degree in economics from Yale University in 1984. He also sits on the board of directors of AutoZone, serving as lead director and chairman of the compensation committee.

Black Enterprise has been profitable since its 10th issue. The company, headquartered in New York City, has 58 employees and had revenues of $22 million in 2017.
Wikipedia