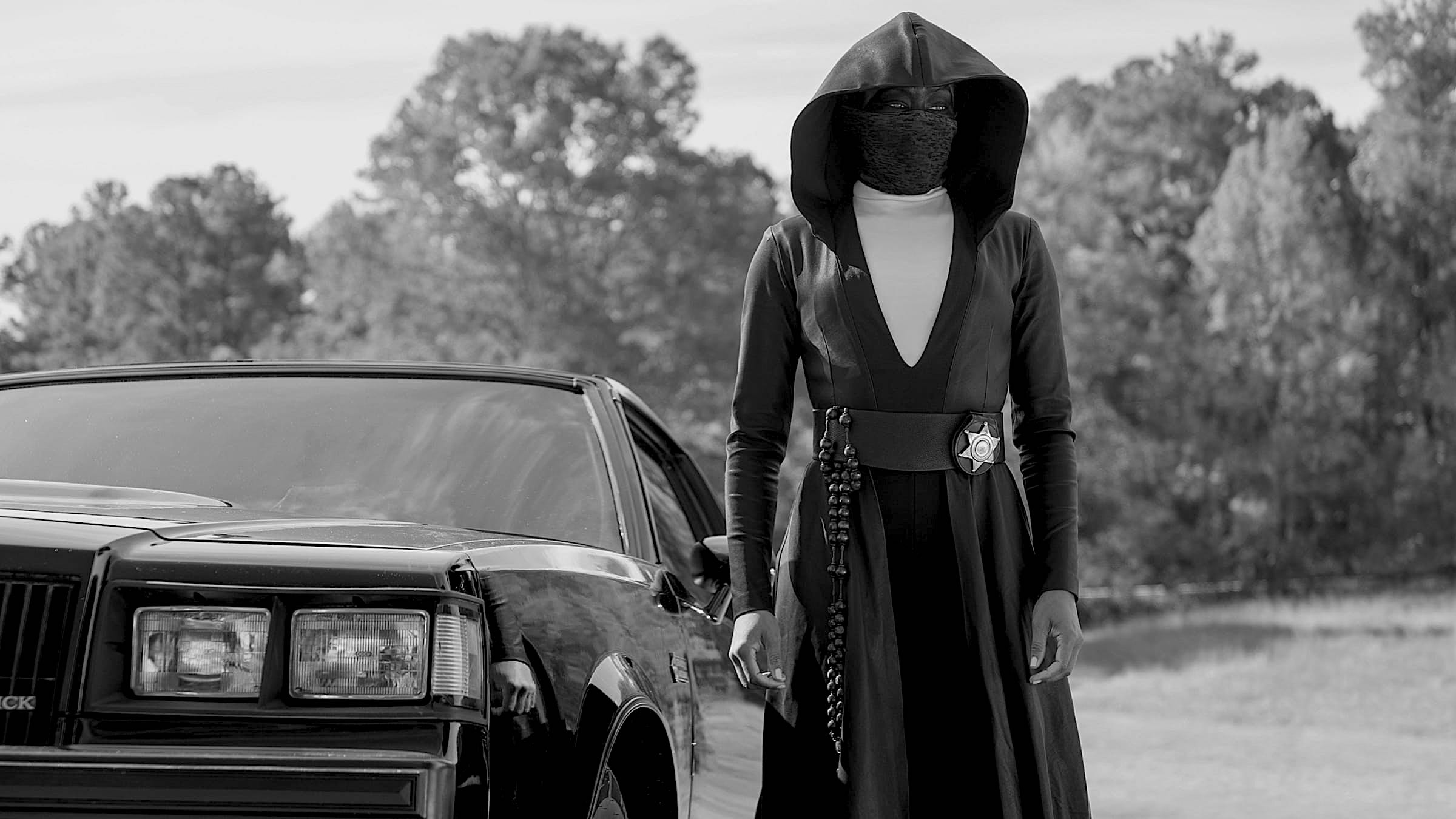 How I got revenge on a plantation tour | The Guardian

The stunning new HBO series from Damon Lindelof (“Lost,” “The Leftovers”) envisions a future where masked vigilantes square off against a cartel of murderous white supremacists.

You won’t see the smiley-faced logo of The Comedian — a savage, cynical, cigar-chomping vigilante from Alan Moore and Dave Gibbons’ seminal Watchmen—in HBO’s new series of the same name. Yet his spirit hovers over the network’s superb latest, which views ideas about American nobility, altruism and gallantry—the very qualities that define classical superheroes, and their genre—as a sick joke. Like its illustrious predecessor, still the greatest and most influential comic book of all time, Damon Lindelof’s daring follow-up is a story about an alternate U.S.A. with a costumed-avenger past and a divided present, where men and women don masks to conceal their ugly, bigoted, sadistic identities from each other and the world at large—and, also, to hide from themselves, and the fear and rage that consumes them.

Good and bad, cop and crook, innocent and guilty—everyone in Watchmen thinks they’re on the side of right no matter their constant wrongness, which repeats itself, over and over, like the ticking hands of a clock. As another rogue do-gooder once famously said, “Good joke. Everybody laugh. Roll on snare drum. Curtains.”