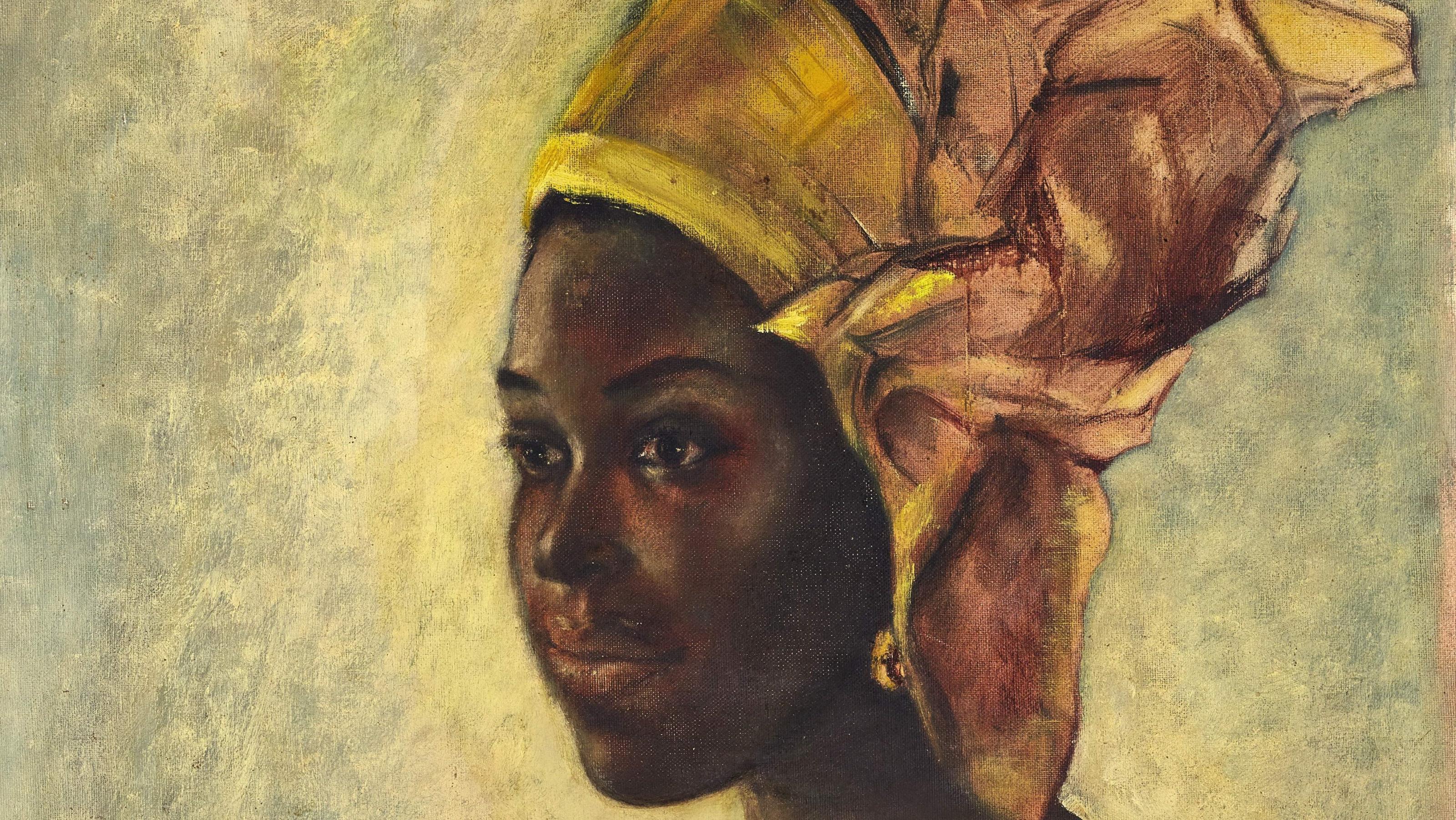 When a man found the almost forgotten portrait of his mother in their family house in Texas, he had no idea just how life-changing his discovery would be.

The portrait, Christine, was by one of the most revered African artists of the 20th century, Ben Enwonwu. The captivating sitter was Christine Elizabeth Davis, an American hair stylist of West Indian descent. The painting was completed in under a week as Christine was able to hold her pose for as long as needed. Christine, who was in her mid-30s at the time, passed away in Texas thereafter. But the painting remained in the family.

Just three months ago it was valued by Sothebys at around $200,000, but on Tuesday the portrait sold in London for over seven times the estimated price at $1.4 million.