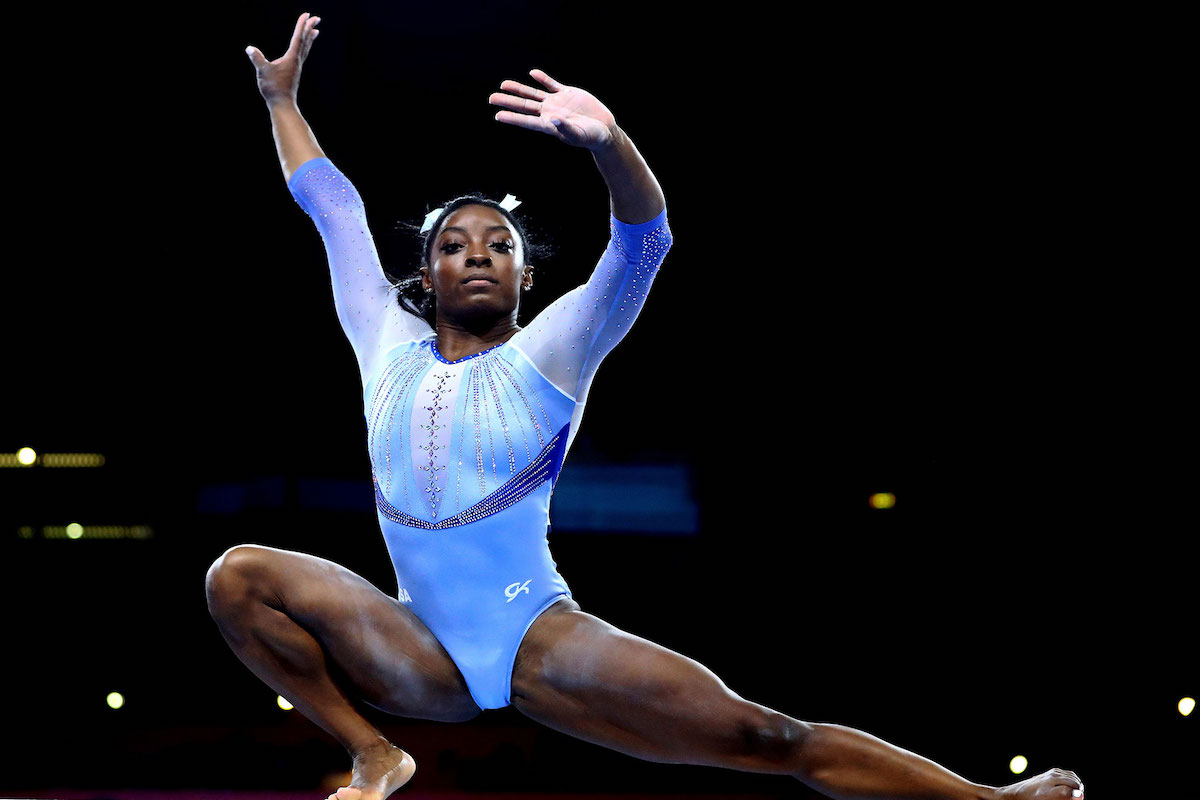 It is extremely difficult to quantify “greatness” in a sport where generally, female athletes may only compete for two to five years before retirement.

Consider the female gymnast third on the list for most World Championship medals won by a woman, Romanian Gina Gogean, who finished her career with nine medals.

She competed at five world championships between 1993 and 1998, winning a silver medal in the all-around competition — which features all four events in which female athletes compete (bar, beam, floor exercise, and vault) — in 1993.

In contrast, Simone Biles has won the gold medal in the all-around competition at the World Championships every single year in which she’s competed since 2013 (the championships were not held in 2016 due to the Olympics, and Biles took the 2017 season off to recover from the Games). In fact, she has not lost an all-around competition in which she has competed since 2013.